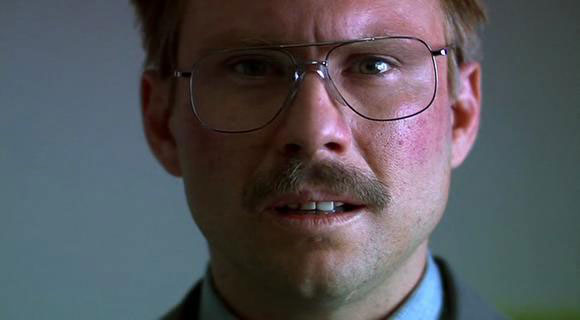 The breed of actor who appears unassuming and kind but transforms into a near-psychotic fireball in a performance is a rare one. Throughout his illustrious career, Christian Slater has made a habit of portraying deeply troubled characters with elan. Slater’s performances convey the impression of true understanding of the character’s psyche rather than mere imitation. It is this skill that has helped Slater accomplish success in a variety of work, from live action films to animated ventures and television.

Slater’s acting pedigree comes from his artistic family. Born in New York City, Slater’s father was Thomas Knight Slater, an actor better known by his stage name Michael Hawkins. His mother. Mary Jo Slater, was an acting agent turned casting executive and producer while his half-half-brother Ryan is also an actor. The acting genes are not limited to just the previous generation of the Slater family. Christian’s great uncle, Bill Slater, was a renowned radio personality. Needless to say, Slater was destined for cinematic triumph from the day he was born.

Slater began in the industry from a pretty young age, making his acting debut with a television role on the soap opera ‘One Life to Live’ that aired on ABC. He made his Broadway debut in the 1980 revival of ‘The Music Man’ opposite none other than Dick Van Dyke. Slater made a name for himself in several Broadway shows spanning across the works of theatrical giants such as Shakespeare and Tennessee Williams. Slater’s film debut came in 1985 with ‘The Legend of Billie Jean’ and he followed it up with ‘The Name of the Rose’ opposite Sean Connery and based on the eponymous bestseller by Umberto Eco. After a few films that turned out to be decent successes, Slater’s breakthrough came in 1989 with ‘Heathers’. He played J.D., a dark, sadistic character that brought out his immense potential to the fore. Several other acclaimed roles followed like in ‘True Romance’ (written by Quentin Tarantino) as did big-budget films such as ‘Robin Hood: Prince of Thieves’ and ‘Broken Arrow.’

Since 2000, Slater has been mostly involved in television work while also doing voiceover work for animation and lead roles in small budget films. This path of his has, of course, led to the widely acclaimed ‘Mr. Robot’, arguably the most significant success of his accomplished career. At this point, the question that might be circling your mind is what is the next Christian Slater movie and tv show? Well, the good news is that we have a clear answer to that question. Here’s the list of upcoming Christian Slater films/tv shows scheduled to release in 2019 and 2020. We can only hope that the latest Christian Slater movies would be as good as some of his recent ones. 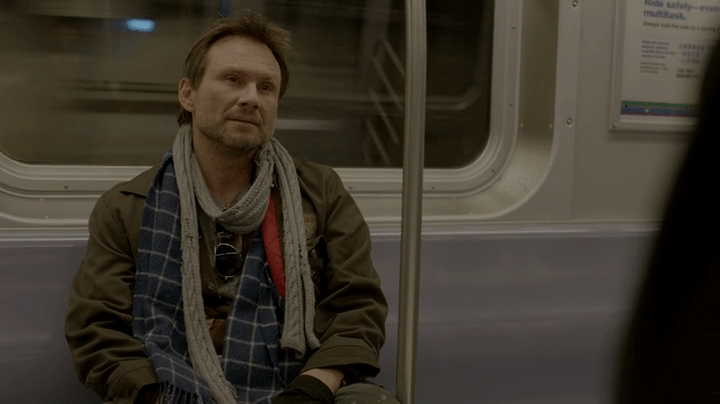 The Sam Esmail drama thriller series has been the epitome of Slater’s reinvention as a character actor and has deservedly propelled him to renewed international success once more. The first three seasons of the show has Slater’s eponymous character right in the thick of the action, with the second and third seasons, of course, following on from the big twist of the first season. Esmail’s painstakingly crafted tale of mental anguish, intricate hacking, and capitalist greed is coming to its preplanned, natural end with this fourth season. We left Elliot (Rami Malek) and the rest of fsociety right out of what could have been a catastrophic mess at the end of Season 3. With Whiterose (BD Wong) and the Dark Army satiated for the time being after the incident with their Washington Township plant, Elliot realises that it is now time to take the fight to the true enemies.

More pertinently, his relationship with Mr. Robot went through some intense lows throughout the season, as he resorted to drugs, therapy, and even voluntary jail to keep Mr. Robot at bay. Such behaviour mirrored the earlier struggles that Elliot had with their relationship, as he lost his sense of self and purpose. This is, of course, all turned on its head in the finale, as he gave Elliot a chance to reverse the consequences of the Five/Nine hack. This leads on nicely towards the final season, as we now know that both Elliot and Mr. Robot are on the same page after what feels like the longest time and in the most appropriate way possible, given the unique circumstances. We cannot wait for Slater to weave his magic as the enigmatic titular phantasm one final time this year.