Where is Christina Phillips From My 600-lb Life Today? 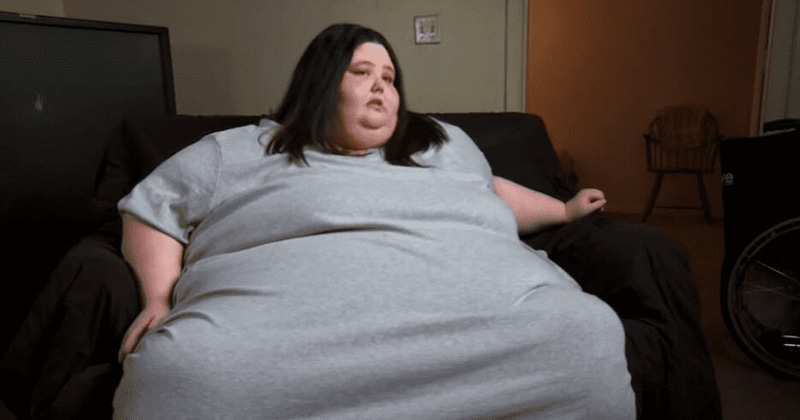 ‘My 600-lb Life’ is a TLC original reality TV series that follows the journey of morbidly obese individuals as they try to battle their food addictions and issues so as to gain back control of their lives. These individuals are placed under the care of Dr. Younan Nowzaradan (Dr. Now), who first guides them to lose weight on their own by following a strict diet, after which he assists their weight loss further by offering them surgery. While some journeys are inspiring and motivating, some are heartbreaking, and others, well, they’re a mix of both.

The then 22-year-old Christina Phillips was the subject of season 2, episode 5 of ‘My 600-lb Life.’ With the peak weight of 708 lbs at one point, the married woman from South Haven, Mississippi, was completely dependent on her mom and husband, Zach. Bedridden at such an early age, Christina hadn’t left her house in two years and was unable to even do day to day activities.

Like many others on the show, Christina’s issues with food and weight started early on in her life. Her parents often fought in front of her when she was a little girl, so she started eating a way to curb her stress and avoid family issues. Finding solace in food, Christina couldn’t stop eating, which resulted in her crossing the 300 lb mark by the time she was just 12 years old.

Zach loved Christina for the way she looked and had no complaints about her weight. During the episode, he even hinted that he loved that she was dependant on him and didn’t mind helping her out whenever needed. But, Christina had realized that if she doesn’t make a major lifestyle change soon, her weight was going to kill her.

So, with that in mind, she went to visit Dr. Now in Houston, Texas, and with the support of her husband and family, she began her weight loss journey.

Where is Christina Phillips Now?

At the start of her time in the program, Dr. Now told Christina that in order for her to get the gastric bypass weight-loss surgery safely, she needed to follow a strict diet plan and lose weight on her own. Fortunately, Christina managed to do so, and within a few months, she was ready for the surgery.

In her year in the program, she managed to lose a whopping 267 lbs. However, her success story had a bit of heartbreak as Zach could not adjust to Christina’s newfound confidence and independence, which resulted in them getting a divorce.

During her 2015 Where Are They Now? follow up episode, Christina revealed that she has undergone the skin removal surgery as well and was at an astonishing 183 lbs. On her social media, she later revealed that she had lost even more weight and was down to 172 lbs, making her total weight loss 536 pounds. She was eating healthy and exercising regularly, but she also always feared gaining weight again, which unfortunately led her to develop anorexia.

Since her last appearance on the show, Christina has made several appearances in relation to the Weight Loss Surgery Foundation of America, an organization that aims to end obesity by empowering people through medical treatments, education, and support. In fact, during the WLSFA fundraiser in Orlando last year, Christina completed her second 5k run. Her first one was at a similar fundraiser in San Antonio.

Posted by Christina Phillips on Saturday, May 18, 2019

Despite getting more than she bargained for when she decided to turn her life around, Christina currently seems to be in control of her mental and physical well being. And according to her private Instagram account bio, she is “living my life to the fullest now.”

Read More: Where is Jeanne Covey From My 600-lb Life Today?