Are Christine Quinn and Christian Richard Still Together? 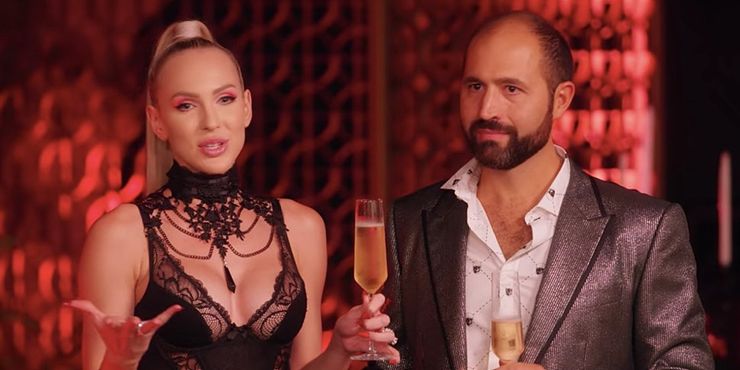 Thanks to the group of fierce and catty women who are the employees of The Oppenheim Group – a luxury real estate brokerage in Los Angeles, California – Netflix’s ‘Selling Sunset’ is one of the most well-received reality shows of all time. The glitz, the glamour, and the drama makes it a perfect watch. One of the employees/cast members, the controversial Christine Quinn, has managed to be in the middle of almost every drama that takes place on our screen. And yet, her love interest, Christian, is barely seen, which, of course, makes us extremely curious about him and their relationship. So, here’s what we know about them!

In season 1 of the series, even though some individuals tried, we didn’t see Christine be romantically involved with anyone. However, in season 2, we got the surprise of a lifetime when she revealed that she had not only found a special someone but was actually engaged to him. Turns out, the couple met because of Christine’s line of work. Christian Richard – millionaire, MIT graduate, and retired software engineer – was looking for a high-end stylish home in the city, Christine’s specialty, so when a mutual friend introduced them, it was as if it was meant to be, for both professional and personal reasons.

Their romance could only be classified as a whirlwind. Within just months of dating, Christian had bought the home in which he had met her – her dream home – for them to live in, and then, they went on to travel the world together. Maldives, Bordeaux, you name it, and they have been there. During their extravagant vacation, on Valentine’s Day in 2019, Christian proposed to his girlfriend, and she said yes! Although he’s more on the quieter and analytical side and doesn’t seem to be too comfortable in front of a camera, he did give a lovely, heart-melting speech during their engagement party.

My face when I think about the D. (Diamonds, obviously)💎 ✨

“We had an instant banter, which is really special,” he said. “You don’t get that too often. And I pursued her; she’s a tough catch. But here we are now. She’s amazing, she compliments me perfectly, we’re building an amazing life together, and I love you so much.”

Fortunately, this engagement, unlike the three others she’d been in before, Christine didn’t call off. We just saw them get married, in Season 3, but in reality, Christine and Christian tied the knot on December 15, 2019. Since she’s not one to confine herself to societal norms, she wore a black wedding dress to her ultra-goth winter wonderland wedding, that was completed with swans, fake snow, and a cake like no other. And, the best part is that Christian seemed to be enjoying it just as much as she was.

Are Christine and Christian Still Together?

We’ll be honest, there is a complete lack of Christian on social media and on Christine’s Instagram grid, so we can’t really say anything for sure. But, then again, we also know for a fact that Christian doesn’t really like being on camera either, so we’re just assuming that he and Christine are still married and that they have decided to live their life away from the public eye. Plus, even though on the show it seems like Christine is giving us way too many details and sharing a little too much about herself, when you look back at it, you realize that it’s not much at all. So, it seems like even she is determined to keep her private life separate from her personal one.

What we can tell from her posts and stories, though, is that she is still living in the home that Christian bought for them, which is currently under renovations, and that she is furthering her career as a model as well- doing shoots for various brands and companies. In saying all that, in April, when People broke the news of Christine and Christian’s wedding, she did give them an interview, within which she said: “We’re so similar in all the ways that matter. We are both creative, driven, entrepreneurial, and have always lived by our own rules.” She also added that the pair were looking forward to “pushing each other forward into the best versions of ourselves while traveling the world.”

We’re all born naked and the rest is drag.. 🏁