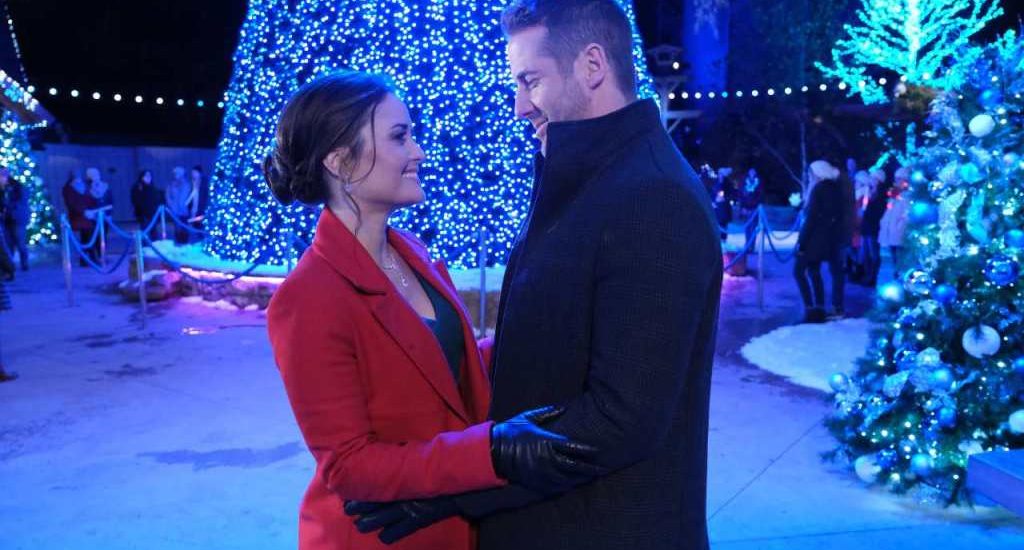 Hallmark has its own repertoire of feel-good Christmas movies, and ‘Christmas at Dollywood’ is a fantastic addition to the same. The idea for the movie comes from Danica McKellar, who happens to be one of the cast members as well. McKellar spoke of how she sat down with the head of programming at Hallmark and hit upon Dollywood as a good location for the Christmas movie.

The premise follows an event planner who returns to Tennessee in order to plan a Christmas celebration at Dollywood. In the process, she has to team up with the head of operations, who believes that he can handle the party fine, on his own.

Over the course of the movie, we are almost taken through a winter wonderland, and you must be wondering if the entire filming has taken place in Dollywood, or if other locations have been used. We have got you covered in that regard, as we also introduce you to the cast of the movie.

As the name suggests, ‘Christmas at Dollywood’ has been filmed on location at Dollywood in Tennessee, while some parts have been filmed in British Columbia, Canada. While filming in Dollywood commenced in November 2019, the parts in Canada were filmed in August 2019.

This is not surprising since a lot of Hallmark Christmas movies tend to wrap up filming beforehand, to aim for a Christmas-time release. You can check out the tweet below, which confirms the movie has been filmed in British Columbia, and Tennessee. Then, let us walk you through the specifics of the filming locations.

🇨🇦 British Columbia
CHRISTMAS AT DOLLYWOOD* (Hallmark)
*Wrapped in B.C. but additional filming to come next month in Tennessee

As expected, ‘Christmas in Dollywood’ has been filmed in Vancouver, British Columbia. Vancouver is a popular choice for a lot of Christmas movie filming because it gets a fair bit of snow, allowing for a realistic setting. Moreover, the tax benefits and the presence of a well-trained crew of professionals, are added perks.

Notably, most of the filming has taken place in Vancouver, while only certain scenes and the establishing exterior shots have taken place in Tennessee. You can check out a post, about the movie being filmed in British Columbia.

Happy Tuesday from my crazy life on set! 😋 While it's true that I rarely get a moment to myself on set, I'm SUPER grateful for the incredible team that helps me look my best and help to create these magical fairytales for you!! . . . #BTS #actorslife #setlife #ChristmasAtDollywood #Dec8th @hallmarkchannel ❤🎄❤

The cast and crew headed to Tennessee itself, to get the exterior shots of Dollywood, and to set the scene there. To that extent, the movie has been filmed at the Pigeon Forge park, on November 7th and November 8th. The crew worked around the Showstreet Palace Theater. At one point, the crowd was welcomed to Dollywood’s Smoky Mountain Christmas Festival. Notably, the Plaza at Wilderness Pass was also decorated for filming.

Not only can you check out a tweet showing the filming at Dollywood, but you can also take a peek at the filming process, courtesy of Knox News.

While this wraps up the filming side of things, ‘Christmas at Dollywood’ also introduces us to extremely talented cast members.

We already know that Danica McKellar is part of the movie, and she appears in the role of Rachel. Obviously, Rachel is the event planner. One might remember Danica from “The Wonder Years,” but she is also a familiar face for Hallmark viewers thanks to “MatchMaker Mysteries”. The UCLA alum is also a New York Times bestselling author, known for works like ‘Kiss My Math’ and ‘Math Doesn’t Suck’.

Niall Matter hails from Alberta and started working on oil rigs before transitioning to acting. He has appeared in shows like ‘The Good Doctor‘, ‘Supernatural‘, and ‘Constantine’. He’s also appeared in movies like ‘Watchmen‘, and ‘The Predator‘. Niall appears as Luke Hackman, the park’s head of operations, in the movie.

Lastly, we have Dolly Parton herself. Known for timeless songs such as ‘Jolene’, Parton has been instrumental to the project seeing the light of day. McKellar spoke about Parton’s association with the project, saying, “Here’s the thing. As great as I thought this was going to be, it’s even better, and that’s really because of Dolly. She is the most magical human being I have ever met. And she has exceeded my expectations, and my expectations were high. She’s lovely. She’s gracious. She’s generous. She’s gorgeous, and she makes you feel like a rock star … even if she’s the rock star. She just has this gift, and I’m trying to learn what that is ’cause I want to give that to people too.”