‘Christmas in Evergreen: Bells are Ringing’ is the fourth installment of the ‘Christmas in Evergreen’ film series, which is a part of Hallmark’s ‘Countdown to Christmas’ movie event. Mayor Michelle has a lot on her plate due to her upcoming wedding, so she takes help from Hannah to manage the launch of Evergreen’s Christmas Museum. Hannah is excited to take on the project, but when things do not go as planned, her loved ones step in to make Christmas a perfect one.

At the same time, she also contemplates about her relationship and future with Elliot. Fans of the film series will know that Evergreen in Vermont is a fictional town. However, there is a place you can visit if you truly crave the Evergreen Christmas experience. Let us find out where that is!

Evergreen is the definition of community and togetherness, which gives all the Christmassy small towns a run for their money. Let us find out the location that stands in for Evergreen!

‘Christmas in Evergreen: Bells are Ringing’ was filmed at Burnaby in British Columbia. Burnaby is a city in the Metro Vancouver area and is immediately east of Vancouver city. The film was specifically shot in the Burnaby Village Museum, located at 6501 Deer Lake Avenue. The open-air museum, formerly called the Heritage Village, includes old-fashioned streets with historic buildings like a school, a church, and some homes.

One is guaranteed to be transported to another time as the “townsfolk” dress in period costumes. The film features a few of the local stores, all of which exist in the outdoor museum. Just like the fictional Evergreen, Burnaby Village Museum is known for its Christmas celebrations. 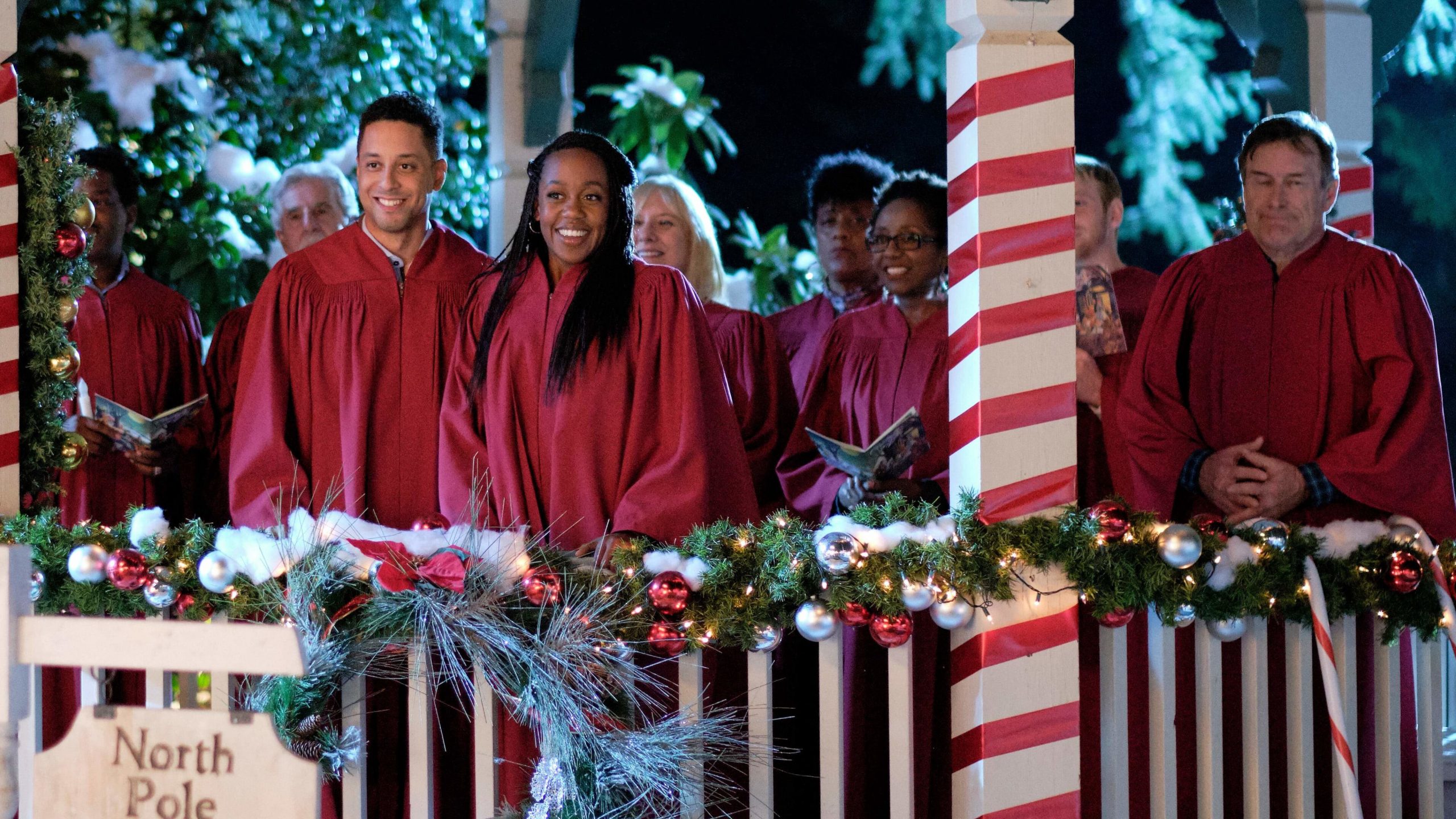 The film was shot in compliance with the safety protocols for the prevention of Covid-19. The cast of the film series was delighted to reunite for this film, more so because they got the opportunity to work together after a prolonged period spent in isolation. The actors are also great friends off-screen, which makes the experience truly special and authentic for a film about love in the community. 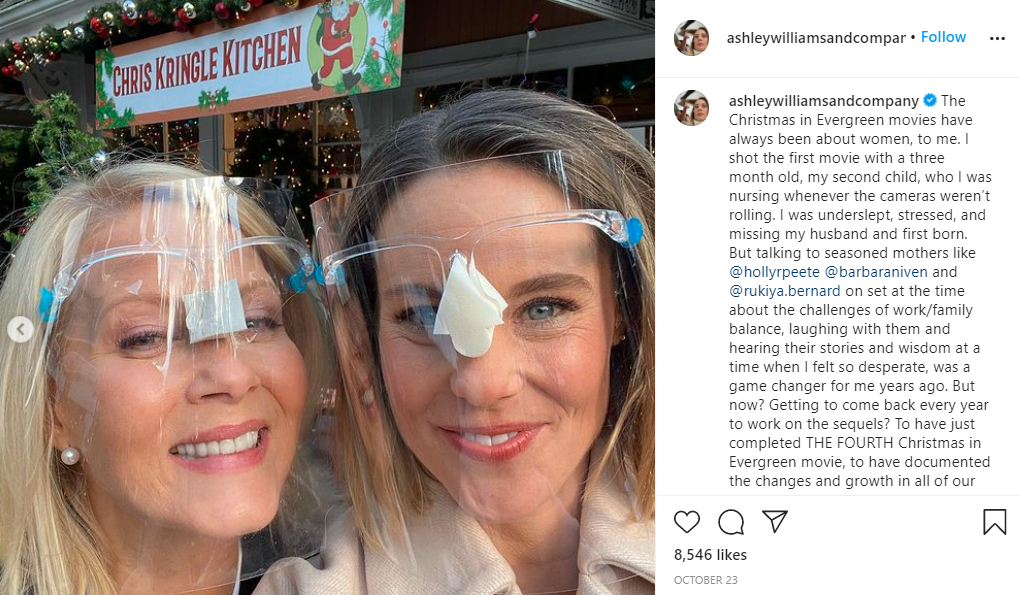 Holly Robinson Peete plays Michelle, who is the mayor of Evergreen. She is known for her roles in ‘21 Jump Street,’ ‘Hangin’ with Mr. Cooper,’ and ‘For Your Love.’ She appears in several Hallmark films such as the ‘Morning Show Mystery’ film series, ‘The Christmas Doctor,’ and the three ‘Christmas in Evergreen’ films before this. Rukiya Bernard is a Canadian actress and interior designer, who plays the lead role, Hannah. You may recognize her from Syfy’s ‘Van Helsing,’ ‘The Gourmet Detective,’ and ‘Colossal.’

Antonio Cayonne portrays the role of Elliott. He features in multiple TV series and films such as ‘UnREAL,’ ‘Chesapeake Shores,’ ‘Matching Hearts,’ and ‘Darrow & Darrow.’ Barbara Niven, who plays Carol in this film, is best known for her work in Hallmark films and series such as ‘Chesapeake Shores,’ ‘McBride: Semper Fi,’ ‘Moonlight & Mistletoe,’ and the ‘Murder, She Baked’ film series. Other cast members in the film are Ashley Williams (Allie), Colin Lawrence (Thomas), Malcolm Stewart (Joe), and Marlon Kazadi (David).