‘Christmas in Vienna’ is a romantic film that follows Jess Waters, an accomplished violinist, who seems to be losing her love for music. When she is invited by Vienna Music Hall to perform at the prestigious New Year’s Eve concert, she is aware that it would be her swan song. Little did she know that her time in Vienna would give a whole new meaning to her art form and life when she meets the American diplomat Mark Olson and his children.

The Christmas-themed film has been directed by Maclain Nelson from a script by Elizabeth Joie Botkin. With spectacular architecture and classical music, this “Countdown to Christmas” leaves us in awe and makes us wonder if it was filmed in Vienna. Let us help you put those doubts to rest!

The film crew landed in Vienna just the week leading up to Christmas and moved on to Bucharest to finish the film. The Christmassy vibe that you see on the screen is 100% authentic. Let’s go through the locations where this movie was shot!

‘Christmas in Vienna’ was filmed on location, mostly in Vienna, from December 2019 to the last week of January 2020. The film shows the characters walking through the Christmas markets, which were all set up at that time of the year. The two most famous ones being at Rathausplatz and the Schonbrunn Palace. 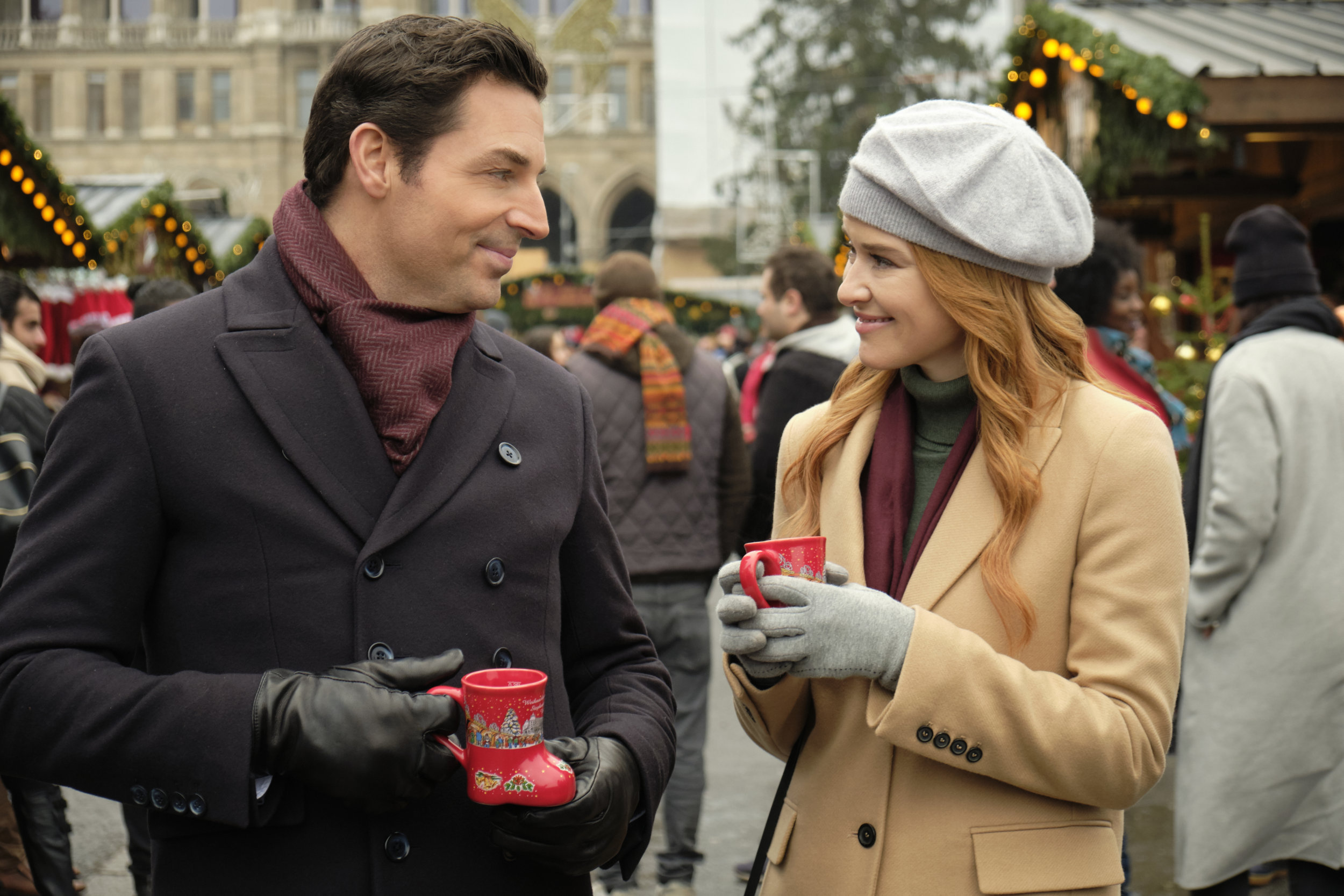 The City Hall Square, known as Rathausplatz, is also where the ice-skating scenes were filmed. There is an ice rink in front of the City Hall, and an ice path through several routes. While filming scenes like this and the Christmas market, hardly any extras were required since the regular people were around, doing what they would typically do that time of the year. 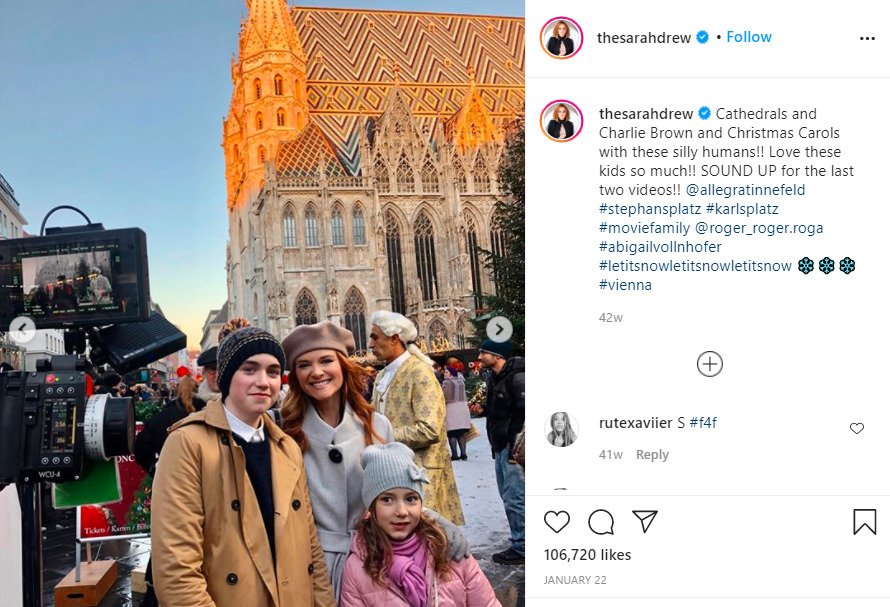 Schonbrunn Palace was another filming site, which is rare since no one is usually permitted to do so; tourists cannot even take their cameras inside. The production team was given an hour-long slot to film the scenes from start to finish. Scenes were also filmed at St. Stephen’s Cathedral, which is one of the central landmarks of Vienna. You may recognize it on the 10 cent euro coins. 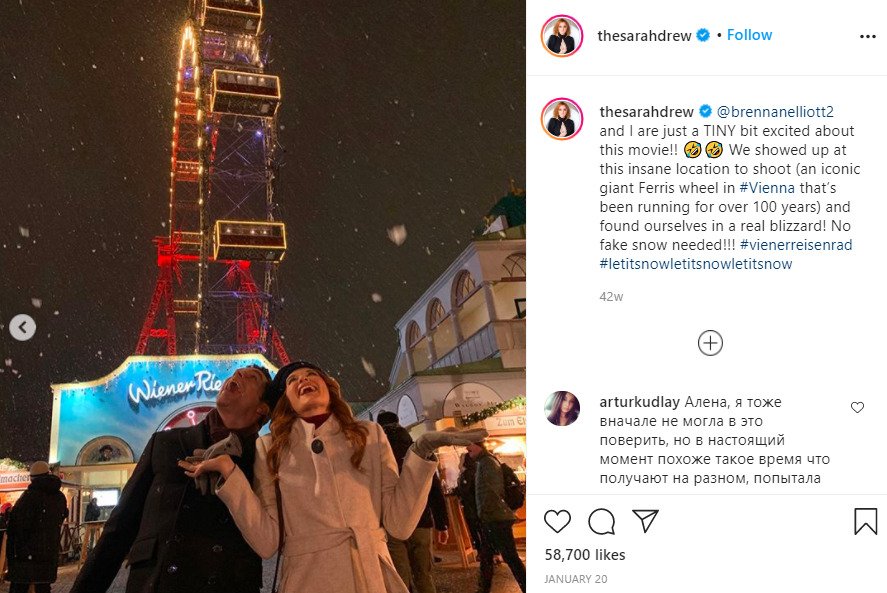 The Weiner Riesenrad (German for Vienna Giant Ferris Wheel) is more than a hundred years old and features in the film. It is one of the most popular tourist spots, which is in the amusement park at Leopoldstadt.

Although Vienna is known for its spectacular architecture and rich history of classical music, the film’s concert hall is actually in Bucharest. One of the most famous concert halls is the Romanian Athenaeum, which is the landmark of the Romanian capital. Other well-known concert halls are Bucharest National Opera House and Sala Palatului.

Sarah Drew is an American actress and director who plays Jess Waters in the film. She is best known for her role as Dr. April Kepner in ‘Grey’s Anatomy’ and as Hannah Rogers in the series ‘Everwood.’ She also appears in ‘Glee,’ ‘Supernatural,’ ‘Castle,’ and ‘Mad Men.’

Brennan Elliott portrays Mark Olson in this film. He is a Canadian actor known for his role in Lifetime’s medical drama ‘Strong Medicine’ as Dr. Nick Biancavilla. His other notable works are ‘Cedar Cove,’ ‘A Christmas Melody,’ and ‘Night at the Museum: Secret of the Tomb.’ Other actors in the film are Alina Fritsch, Abigail Volnhoffer, Stefan Gorski, and Allegra Tinnefeld.