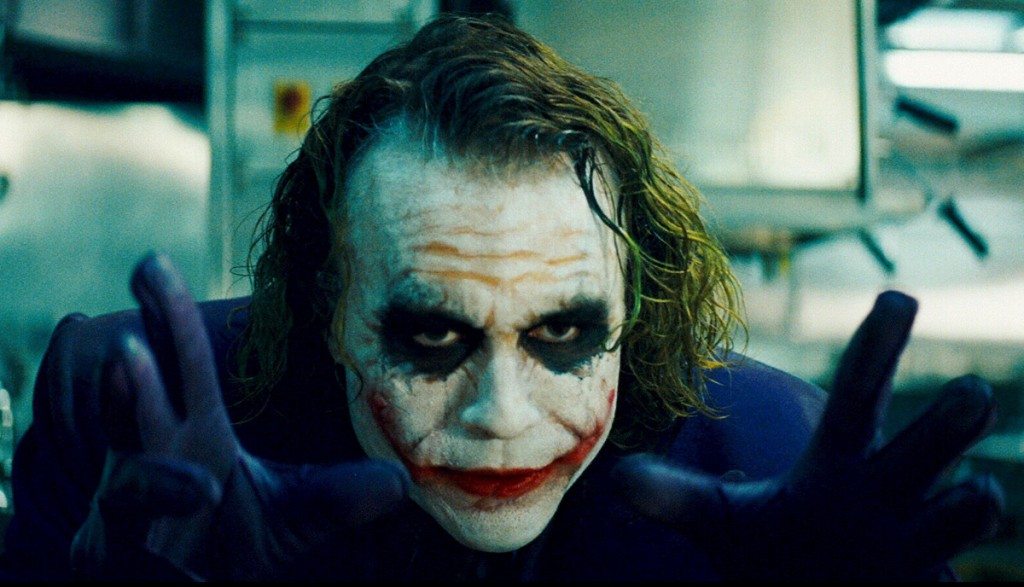 Christopher Nolan‘s panache as a filmmaker is not an unheard fact. He has managed to marvel the cinematic audience in one way or the other with every film. By directing films that belong to different genres, while giving them a style of his own, he has been able to gather people’s attention from around the world. His films are universal in nature and are widely accepted, which makes him one of the most accessible directors working today. Starting off his career with experimental short films and low budget films like any other studious filmmaker of his age, the instant fame he managed to gain with his cheeky, yet massively intriguing style sky-rocketed when he later directed ‘The Dark Knight Trilogy‘; and from then on, his films have received massive cult following from across the globe.

Arguably, the most overlooked facet in his films is the characters. This is often attributed to the heavy reliability on the plot, because of which the characters may seem a little underdeveloped. But they are as fascinating and absorbing as the other aspects of his filmmaking. Hence, let us take a look at the list of the best Christopher Nolan movie characters:

Ra’s Al Ghul, the villain-cum-mentor of Batman in the trilogy, is a key character that helped the evolution of Batman as the savior of Gotham and also contributed to his ideals in a great way. It was Nolan’s idea to use the same person as the mentor and villain in the first installment of the trilogy. Ra’s al Ghul, in his younger days, was a mercenary who got separated from his wife and child and then joined the League of Shadows. Later in his older days, he finds Bruce Wayne and trains him well to fight against Gotham, to which Wayne disobeys. Character wise, he is as rich as Wayne and wants to defeat the evil and corruption in the world. His power as a character is revealed in his short appearance in the last part of the trilogy 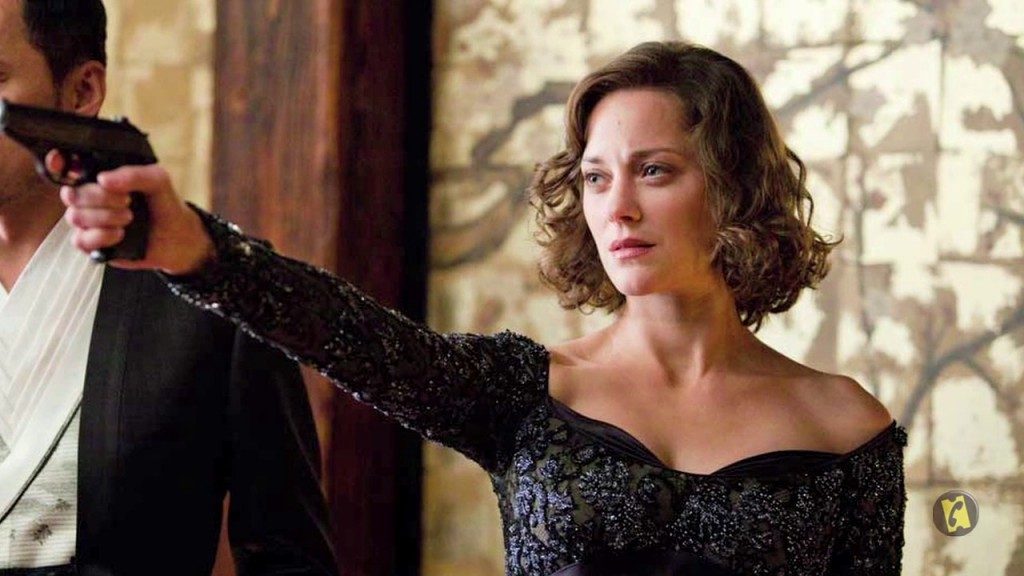 Mal Cobb was the wife of Dom Cobb. Together, they both invented the idea of dream sharing. During a particular instance of this sharing, they both get trapped in the ‘Limbo’ and when they wake up, this dream becomes Mal’s false reality. Unable to accept her reality and in the hope of saving herself, she commits suicide. In this film, Mal is essentially the antagonist or threat. She reflects what all can go wrong if the dream sharing is not done properly. She often sabotages Dom in his dreams and forces him to join her; thereby hurting his fellow teammates too. It is also Dom’s feeling of guilt due to his wife’s death that invariably forces him to go on with the mission. 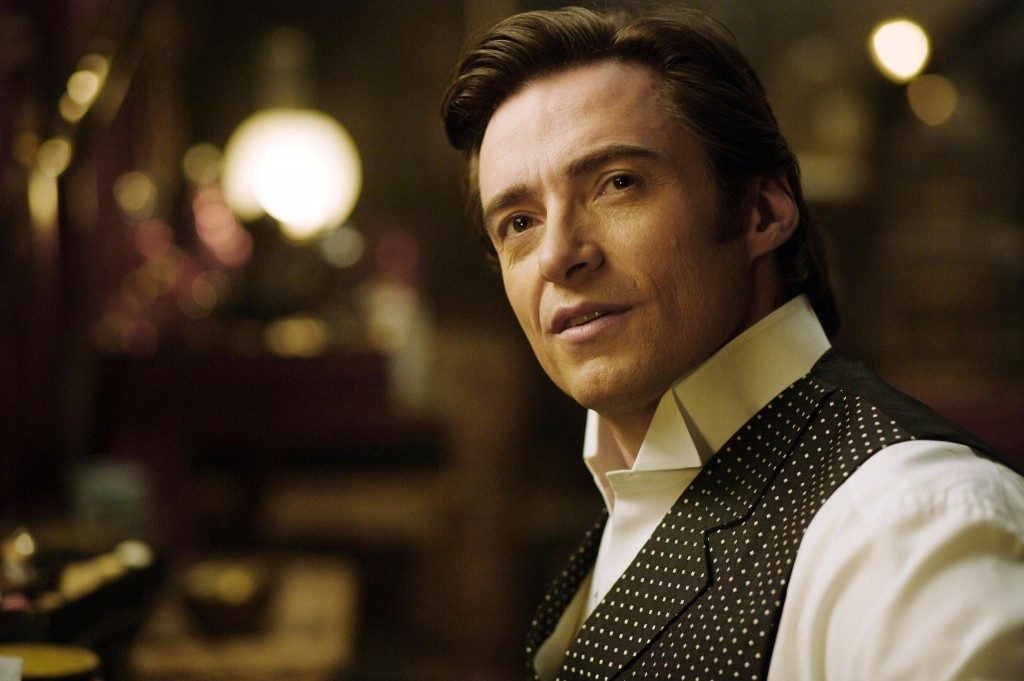 Angier, one of the two magicians in the film whose feud with each other becomes the driving force of the story, is one of Nolan’s most fascinating characters. Both the magicians are fighting against each other to top in their respective acts, and Angier at one point is extremely disappointed when his rival successfully completes the ‘Transporting Man’ and he is constantly in search for the secret throughout the film. The dark side of the rivalry between both of them is reflected mainly through Angier. He is selfish in his acts and always looks for people’s appreciation rather than admiring the art itself. He is ready to go to any extreme to make his wishes possible. We get to see how this immorality and greed of his work against him at the end of the film.

Michael Caine has been a regular in Nolan films and his character Alfred Pennyworth is one of the most important characters in the trilogy. He serves as the butler of the Wayne family and is the spiritual and emotional guide that anyone can look up to. In this case, his affection for Bruce is almost unparalleled, compared to any other character. It is to be noted, although interestingly, that the trilogy begins by showing his relationship with Wayne and ends in an iconic cafe scene where they exchange friendly glances, which marks the significance of his character. They have mutual respect and Batman always listens to his advice. When Batman, in the midst of trying to protect his city, often forgets about his social life, Alfred constantly tries to hold it together and is never disturbed with Wayne’s harsh responses. 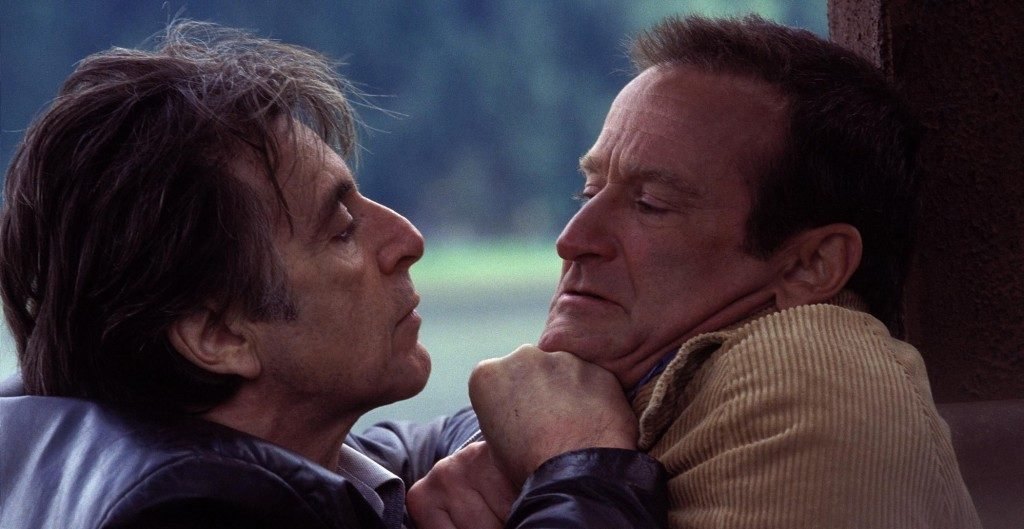 One of the rare instances where the marvelous Robin Williams played an antagonist. Walter Finch is a quirky villain who silently emerges to be a threatening force in ‘Insomnia’. Seemingly, he doesn’t possess any mannerisms of a classic villainous character, and Nolan justifies this accurately by casting Williams for the role. He is a crime novel writer who develops an interest towards a student of his and later kills her revealing his psychopathic spirit underneath. Being an established crime novelist, he is always one step ahead of the Police and even manages to distract an experienced detective. 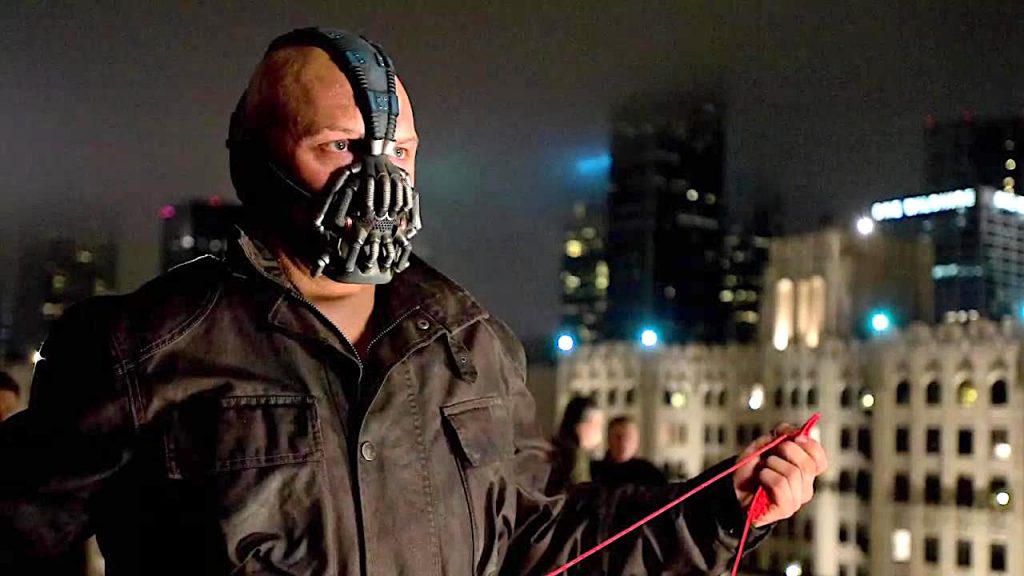 Bane is the essential villain in the final installment of the trilogy, played by another regular companion of Nolan, Tom Hardy. He was also a part of the League of Shadows, which he joined by saving Ra’s al Ghul daughter Talia from The Pit. Bane is ruthless and cold, and was willing to slaughter millions of people. Bane’s habit of casually talking to people that he planned to hurt made him a disarming presence, which allowed him to maintain dominance in any situation. He was extremely calm, and spoke softly and confidently at all times, even when he threatened people. He possessed extreme strengths, with his only limitation being the mask which resulted from the attack in The Pit. Nolan himself quoted Bane as what Batman could have become if he continued in the League of Shadows, which shows the eminence of Bane’s character. 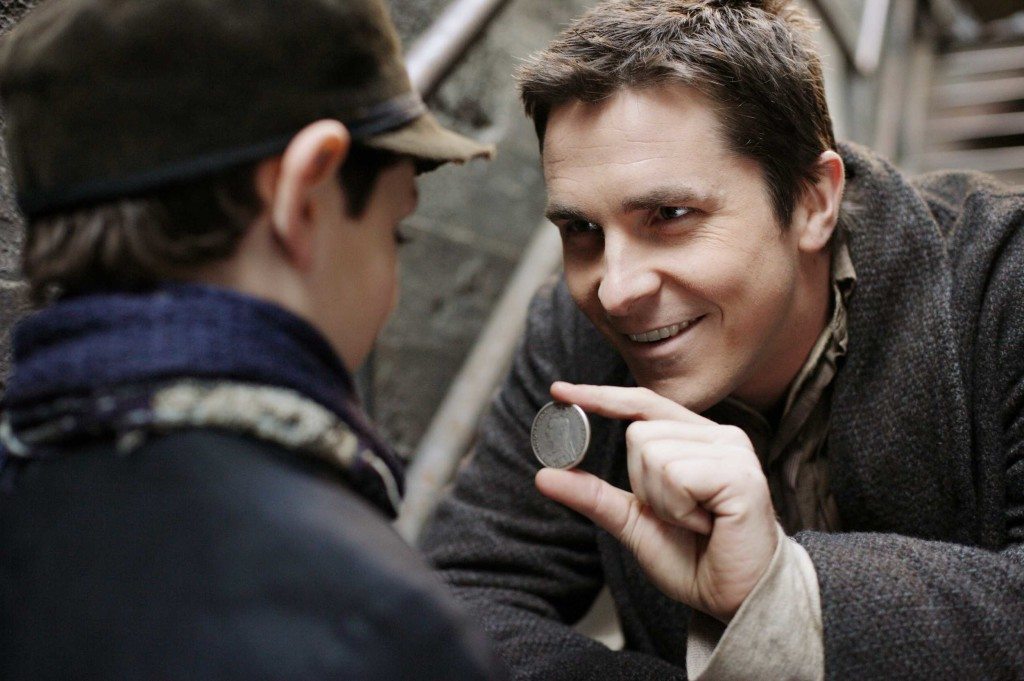 Yet again one of the magicians in ‘The Prestige‘ appears on the list. Alfred Borden is the one who manages to win the hearts of the viewers by the end of the film. Although not a great showman, he was one of the true artists in his field of work, and he went in search of new boundaries by willing to take risks unlike his partner. His predominant intentions were not necessarily in pleasing the public, but to be noted as one of the best magicians to have lived in his era. He is very cunning and straightforward with his acts, and he works hard to accomplish his goals. Above all, he respected the purity of the art that he followed and was never willing to put down anything for the love of it. He had love and compassion, and stayed true to his self throughout the course of the film, which makes him the hero at the end of the film among the two. 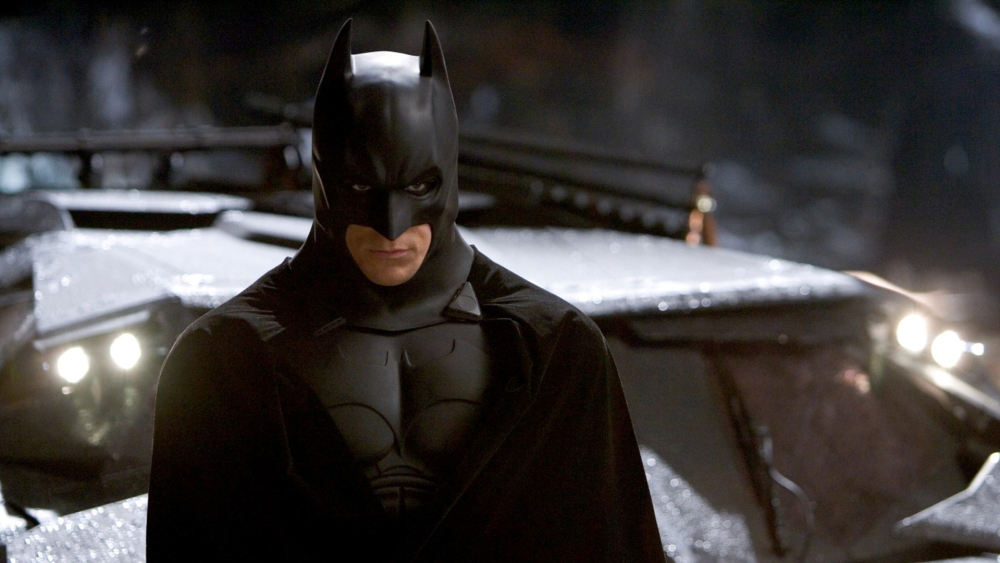 The story of Bruce Wayne is known far and wide all over the world: a child who witnesses the death of his parents in front of him pledges to save the world from similar criminals. Just because this story is known to everyone and is well received doesn’t mean that it is easy for a director to adapt it onscreen; in fact, it only makes his job harder. Christian Bale‘s performance in this trilogy is arguably the best superhero depiction on screen ever. Portraying the evolution of the child who turned his worst fear into his strength to fight his enemies, this Batman thrashed the usual superhero beliefs and gave us a new experience altogether. 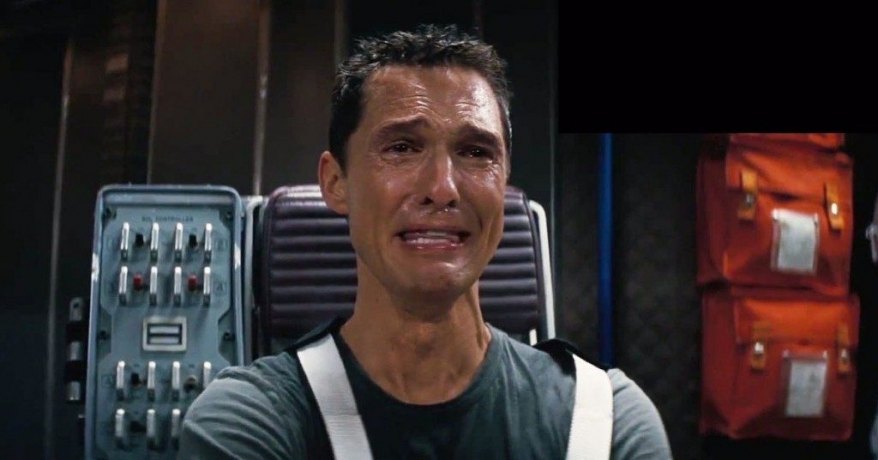 We can never forget the man in charge of the epic mission, Joseph ‘Coop’ Cooper. A widowed father of two children, Cooper sacrifices himself to rescue the world and sets out on a mission of uncertainty. Like Nolan’s other characters, there’s that element of longing to be with the ones he loves, but Cooper uses that to his advantage. During the initial part of the film, we might see him as a selfish man or an untruthful father who leaves his children for his own ambitions, but during the endurance mission, we see him rerouting and making sloppy decisions to end it quickly solely to save his family. Hence, we see that he is a man of conflicting needs and desires, but when the push comes to shove, the necessity of the situation is winning. 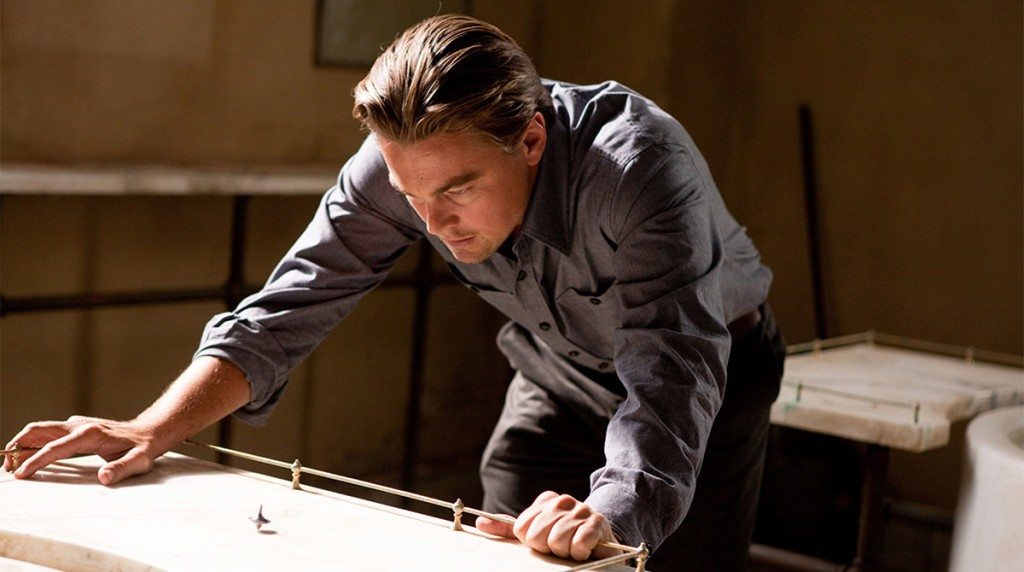 ‘Inception‘ is noted broadly for the immersive quality it possesses due to its wildly fascinating plot. But despite several such flashy elements, Leonardo DiCaprio gives one of the best performances of his career as Dominic Cobb. He is a man who has lost his wife due to an idea of dream sharing and now he has to work on a mission that requires this to serve his purpose. This emotionally unbalanced situation of his is further threatened when his wife appears in these dreams and tries to take his life. It is hence Cobb’s miserable attempt to save himself from this dreadful situation that the film focuses on. Cobb’s adverse condition never tramples him, but serves as an inspiration to continue his mission and we as a viewer empathize with him and root for his victory at all points. 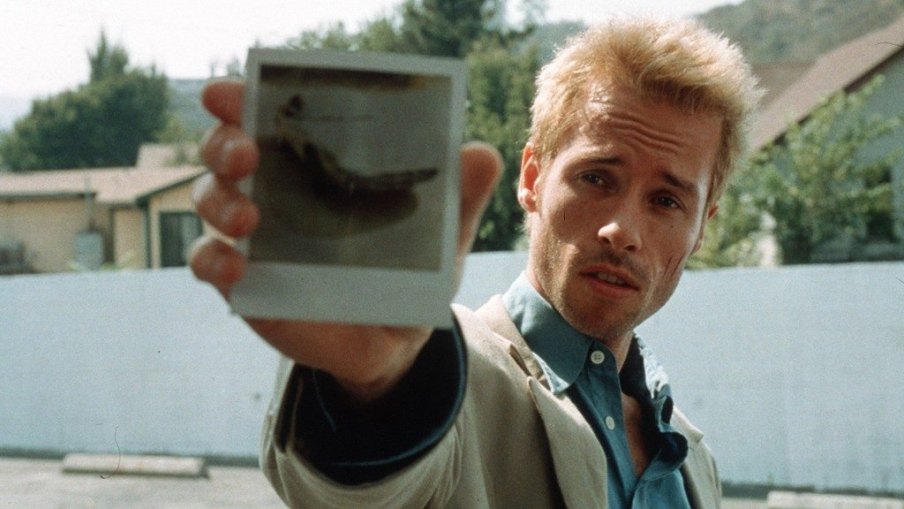 A man who is no longer able to make new memories is trying to search for his wife’s murderer “John G.”, aided by his friend Teddy. It was Nolan’s first major feature, and bringing out such a character and plot marked his distinctive capabilities even in his earlier days. He is another Nolan character who is on a mission, but is quite different from the others, as here all the odds are against him. He tries everything that is humanly possible to provide justice for his wife. Killing John G is the only thing in his mind, and that never seems immoral to him. Leonard Shelby is, without a doubt, one of the most fascinating characters in Nolan’s films.

This might not seem surprising at all. I mean, who else could it have been! Nolan’s (and Ledger’s) interpretation of The Joker revolutionized the entire superhero genre. You will never ever witness a villain like him, and we as a viewer absolutely “enjoy” every moment he is onscreen. Being the clown face of insanity, his mad desire to destroy the city is as fascinating as it is menacing. The Joker is the most apt villain for the Dark Knight and he is in many ways much tougher than Batman, mentally. With this character, which can be interpreted in different ways, philosophically and in many other forms, Nolan thrashed the stereotypes of a superhero movie. Several superhero villains might come and go, but none of them would be as threatening, charismatic and entertaining as Heath Ledger‘s Joker.