Where Is Christopher Tapp Today? 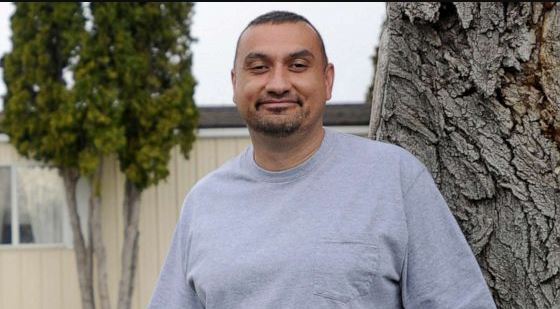 Investigative journalism series’ like CBS’s ’48 hours’ brings us the stories of incredible mysteries, whether it be kidnappings or murders, and touches on all aspects of the human experience and emotions. Not only that but, sometimes, because of their detailed investigations and evidence, the show has helped in exonerating wrongly convicted people – driving investigators to reopen or resolve old cold cases.

Like so many others, Christopher Tapp was one who was wrongfully accused and convicted. He was thought to have been involved in the rape and murder of Angie Dodge, but that was not the case, at all.

In the early hours of June 13, 1996, Angie Dodge, just 18-years-old, was raped and brutally murdered in her first-ever apartment at 444 I Street in Idaho Falls, Idaho. No one had seen anything and no one had heard anything, but when Angie didn’t turn up for work, two of her co-workers got concerned and went to check up on her, and so, her body was found.

The Idaho Falls Police Department arrived at the scene and saw that her throat had been slit. They were able to collect semen and hairs that were left at the crime scene, which meant that they had a DNA sample of the killer. They suspected that it was not a one-man job, a theory which was also backed up by the multiple tips that came in.

In January of 1997, Christopher Tapp or Chris, a 20-year-old, became the prime suspect. Although his DNA was not a match, the police stuck with their theory and questioned him for hours. And so, he confessed to being involved in the rape and murder of Angie Dodge. A year later, because of his confession, he was convicted and sentenced to a minimum of 30 years in prison.

In 2001, Christopher recanted his confession and stated that it was coerced by the police, but Idaho’s supreme court affirmed the conviction. He filed several appeals and petitions for post-conviction relief over the years, and in 2017, while a petition was pending, he made a plea deal to amend his sentence. In the deal, the rape conviction was vacated and he was sentenced to time already served for first-degree murder. Thus, he walked free.

Because of new technology, though, genetic genealogy analysis, the police were able to use the DNA left at the scene and familial DNA testing to find the real perpetrator, Brian Leigh Dripps Sr., from Caldwell. He had been living in Idaho Falls, just across the street from the Angie when she had been murdered. After interrogation, Brian confessed to the rape and murder of Angie and admitted that he acted alone, and so Christopher was exonerated.

Where Is Chris Tapp Now?

Christopher Tapp was released from prison in March of 2017 and got exonerated in mid-2019, but now, the 44-year-old is suing the police department for compensation for the time he spent behind bars. That’s two decades of his life that he would never get back. Though no amount is listed in his claim, amongst other things he seeks compensation on the grounds of false imprisonment and arrest, malicious prosecution, defamation, libel, negligence, and emotional harm and distress.

Christopher Tapp still lives in Idaho, Falls, Idaho, where he has a home and a family. Just months after he was released from prison, on June 1, 1997, he married Stacy Tapp (nee Goodwin), a school teacher in the district. She has 3 kids from a previous relationship, but now, it seems like they are all happy to be a part of the Tapp family. Christopher also has three adorable dogs who seem to be a part of the family as well. (Featured Image Credit: Taylor Carpenter / The Idaho Post-Register)