Cinema — The Trends, the Fashion and Us 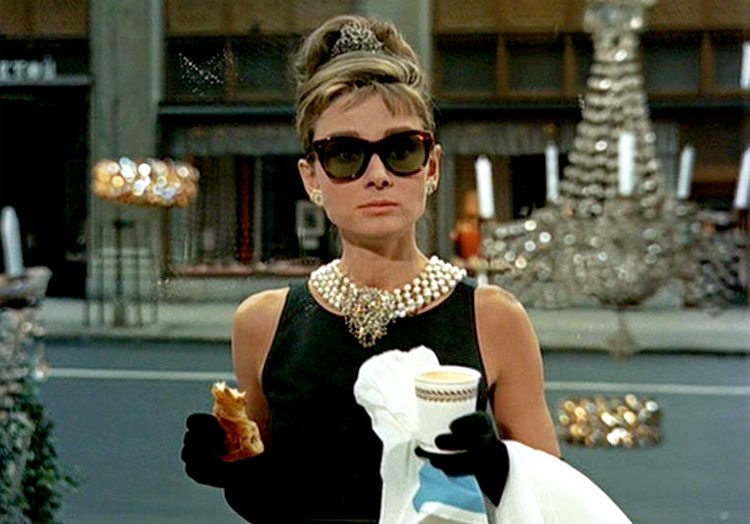 The first movie I ever got the pleasure of watching was “King Kong” (the 1976 version) in Tehran, Iran. It was back in the days when American movies were allowed in cinemas in Iran. I was a mere three years old and they didn’t allow anyone under the age of fifteen to attend the cinema. A quick fix: my uncle hides me under his coat and, together with my parents, we snuck in for my first cinematic experience. They were thrilled to accompany me until King Kong was plastered across the silver screen, and I began shouting “jojo,” which is a small Persian bird. That’s when everybody around us starting laughing, as the titular anti-hero was far from a minuscule, winged creature. Jessica Lange was strikingly beautiful in the movie and, to this day, I still watch and love the film, cherishing the memories of my youth while reveling in all of its entertaining whimsy.

My adoration for the cinema and motion pictures continued in Bangalore, India. I attended an English school there called St. Paul’s and, after classes, I would go with my mother to see Bollywood productions and mostly Amitabh Bachchan movies in India at pristine outdoor theaters. The colors, costumes and dancing was all I could focus my attention on as I didn’t speak the language. But I loved our four-times-a-week movie nights. It was the absolute highlight of my evenings.

My fascination grew and continued as I began watching Middle Eastern films from the 1950s, 60s and 70s as my uncle was working within the industry at the time, working on the greatest television show of all time in Persian history called My Uncle Napoleon, before moving to Paris to continue his work in French cinema and working on movies such as La reine de Saba (1974) with Frédéric de Pasquale and Ludmilla Tchérina and then with David Frost at BBC. In 1973-74 his wife won the best foreign movie award in Cannes court métrage at Cannes Film Festival.

After we moved to Europe, such a diverse group of Hollywood films grabbed my attention: “The Outsiders,” “Pretty in Pink,” “St. Elmo’s Fire,” “Class,” the Brat Pack movies in totality; “Less Than Zero,” “Some Kind of Wonderful,” “Say Anything,” “About Last Night,” (based on the wonderful David Mamet play from 1974) and so on. Their intricate and different scripts made such an enormous impact on me, and I deem them wholly influential on my filmic education.

More writers I revere include Cameron Crowe and John Hughes. (Regarding literature, Bret Easton Ellis and Stephen King are among my go-tos). The world of the movies has always influenced the world I create within the realm of my work. While I was getting my BA in Business and International Marketing, I was always performing at the same time, taking acting classes and practicing dance, and I never lost my love for the Cinema. The art of performing as a character, the freeing escapism of normality and soaring above what society expects you to be. I felt free and it was liberating.

I recall being asked in high school to interview the person whose persona and career I most admired. Where was I off to? I went to the video store to interview the manager, whose job I admired most! He had the coolest job in the world, and I wanted it! To me he was the luckiest person in the world, fully equipped with the opportunity to watch all of these amazing movies for free and have constant access to them at his leisure. What more could anyone ask for?

So when we began our company a decade ago, the inspiration of the movies haunted me. “Love Story,” “Rebecca,” the original “The Thomas Crown Affair,” 1960s and 70s classics; “Sunset Boulevard,” with William Holden, “A Place in the Sun” with Monty Clift; “Lenny Bruce”, “Carnal Knowledge”, “Darling” and “The Servant” with Dirk Bogard, “Love Streams”, “The appointment ” 1967, Peter Bogdanovich’s “The Last picture Show”, “Staglag 17” all of these had their influence on my own personal inspiration. 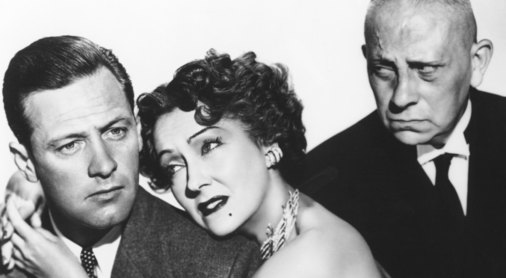 Holden’s character in “Sunset Boulevard” is recounting a story while in the pool dead, going back and narrating it all, and Clift, who is coming to the family business to be part of the family name, is surely ambitious, but also in the process does not pass the test of life. These are such great stories that affect our lives to this day.

There are no short cuts in life!

The moral of both the movies — “Sunset Boulevard” and “A Place in the sun” — is that there are absolutely no short cuts in life.

He is actually much better than the society he so badly wants to be a part of, and he would have actually made it on his own on such a grander and better scale if he had only believed in himself. He gave much power to the society and the people that he wanted to emulate, instead of utilizing that power and making something bigger than them out of his own strength. That shows how timeless these scripts are.

I have always loved the world of cinema, its history and its heritage. So when I was in Los Angeles this year, the majority of my time was spent at the Margaret Herrick Library or the Hammer at UCLA, where I met the best professor in the country on classic old Hollywood. Watching these classics at Cinefamily in Fairfax and Hammer was a blessing! I have met so many likeminded people who are writers, professors and filmmakers, and just the most amazing people, such as Hans Fjellestad — who directed “Sunset Strip”, the documentary — and, director and writer Xan Cassavetes, who made Kiss of the Damned.

It’s been truly overwhelming. I was invited to play tennis at the great Paramount Pictures’ producer Bob Evans house, and attended several more movie industry private events such as director Roland Emmerich’s birthday party as well as the Writer’s Guild Awards. These are all events that have added immeasurably to my learning process regarding the industry and observing the great talents involved. The sacrifices and hard work they have committed to get where they are now is staggering.

Bob’s years at Paramount Pictures and the movies that got created than have in my opinion the best costumes and designs of all time. You can feel the love and passion in each project that was made. Classics such as Rosemary’s Baby, Love Story, The Godfather, Chinatown, the original Great Gatsby, Serpico, Harold and Maude, The Italian job, Barefoot in the park, The odd Couple, True Grit, Urban Cowboy, and Marathon Man. 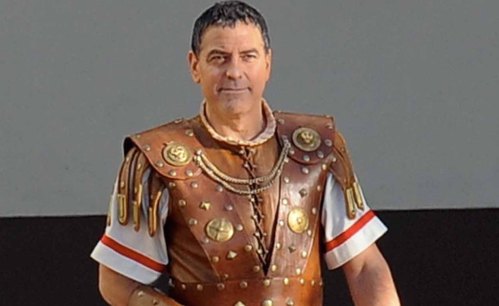 AFI is also very close to me. I love to sit at their library and work. When the Coen Brother’s movie “Hail Caesar” was filmed in Silver Lake, we were in contact with Mary’s team and the costume designers, with eco recycled fur from our company for styling the characters and use in the film.

The energy and work of art of the costume designers is something that truly brings out the characters to their fullest. Another costume designer I have met and that I am a great admirer of is Academy Award winner Michael Wilkinson. His work on “American Hustle” and their use of vintage fur in the 1970s is beyond amazing. Michael’s conversation at LACMA about how the characters of that great film used clothing to create a persona that is not who they truly are was inspiring. And, in some ways, makes them the greatest hustlers of all time.

Leather, shearling and recycled fur are heritage materials that have been in our cultures since the old days. They have used them in Clint Eastwood and John Wayne westerns and in the glamorous era of the 1920s. The hippie late-60s fringe jackets, and Ali MacGraw’s suede trench coat and Cartier bracelet in “The Getaway” is a great use of style. Another great item is Timothy Hutton’s shearling jacket in “Ordinary People.” 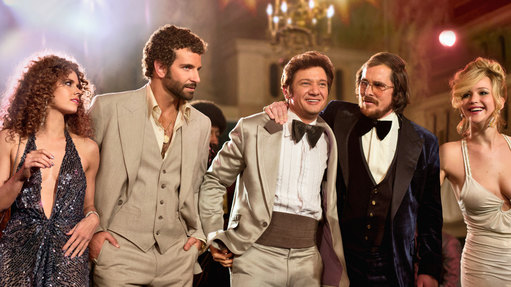 When we see images of actresses wearing our brand of shearling vests such as Kate Hudson and Sienna Miller, it shows that something as timeless as shearling will never go out of fashion, such as a great movie can also live on forever.

I am looking forward to helping out and doing more collaboration within the movie industry. To be able to contribute my experience to the characters and make them come alive by choosing the right details and items is something that excites me greatly.

It is great to have the same message behind it all, and I have the same like-mindedness when we work together with the right team. The collaboration gives so much more realness and genuine depth instead of, say, a product placement. The message that will bring awareness and awake people’s collective consciousness: that is why I’m always so happy when I work with the movie industry. We complete each other. It’s like a great relationship. Big visions and depth that wants to open people’s minds to think for themselves, to bring awareness, and as far as we want to bring said awareness to the environment and slow consumption. Timelessness. Greater and bigger things.

Fur in cinema has always, from the beginning, made the actresses more glamorous and was used to add to the character’s wealth and personality. I want to see the SSC in the movies today because the material is timeless and can create a glamorous look from the 1920s and 30s, a Viking or war movie, or a more hippie look like the 1960s and 70s. Or even the 1980s “power look.” Our furs are recycled and eco-friendly, versatile in ways most items are not. This will always support my philosophy, cause and vision when working with like-minded people in the industry and, when the actual finished product is out, you know that you have made a difference because the movies have such a great power and influence on people the world over, regardless of gender, nationality and race.

It is about supporting the industry with something that is real and true to my heart.