The Cinemaholic’s “Predict the Oscar” Contest 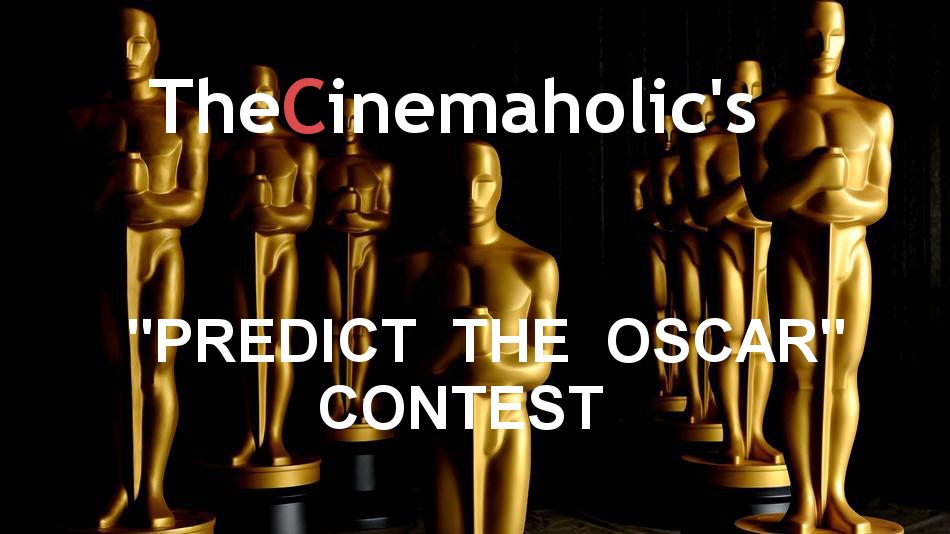 It’s Oscar time. Well, it’s been Oscar time since the day the Academy announced the nominations, which was about a month back. Next Sunday i.e. 22nd February, Academy is going to announce the winners. The Cinemaholic has been making Oscar Predictions since October last year, so we decided that why shouldn’t we give you, our readers, a chance to take a stab at it. And if you are good at it, your efforts won’t go wasted. The reader with most number of correct predictions will be adequately rewarded. So, why wait ? Read the below rules and then get going. Best of luck.

Rules of the contest:

2. There will be an additional Oscar category, Sound Mixing, which will only be taken into account in case of a tie between two or more participants. So don’t forget marking your prediction for that.

3. You can only participate in the contest once. You won’t be allowed a second chance to make the predictions. So submit your choices carefully.

4.Your submissions will be deemed invalid if you don’t enter your name and email address. You will also be disqualified if you submit a wrong email address.

6. The winner will be contacted separately and The Cinemaholic team will make adequate arrangements for him or her to receive the prize.

7. Last but not the least, The Cinemaholic team will do everything possible so as to make the contest fair and free for all, but in case of any disputes or disagreements, our decision will remain final.

** By participating in the contest you are agreeing to abide by the above rules.