Ryan Murphy’s ‘Hollywood’ is full of varied characters, all of whom add a different shade to the story. While he draws some plotlines from the lives of real people, he has also left room for his creations. However, all his characters feel so real that it becomes difficult to differentiate between real and fictional ones. The stories of Claire Wood and Jeanne Crandall play as subplots but are convincing enough to make us think they are real. Are they real, though? What’s the story behind these actresses? Here’s the answer.

Was Claire Wood a real actress? 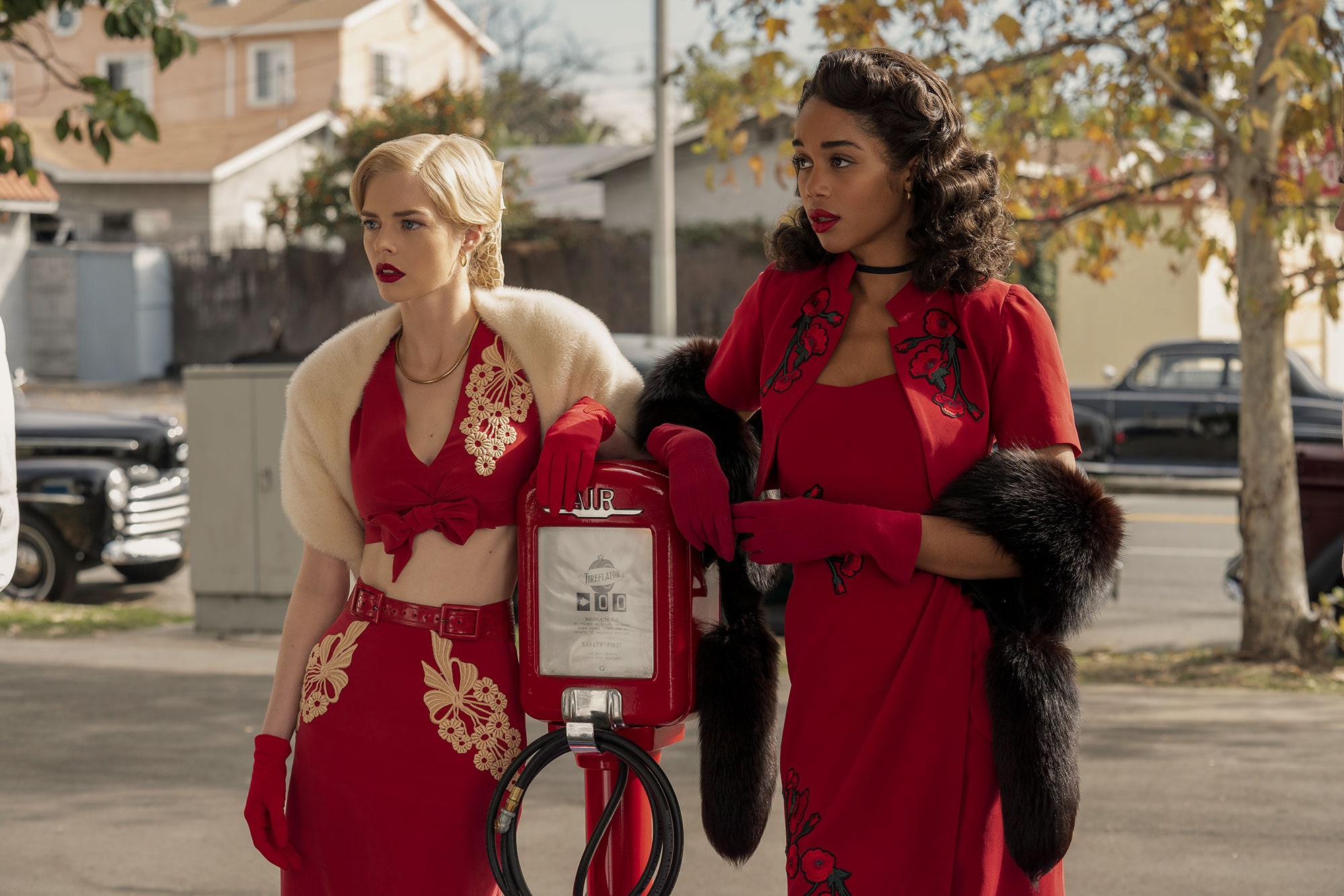 No, Claire Wood was not a real actress. In her portrayal of Claire, actress Samara Weaving looked for inspiration in some of the most well-known actresses of all time. At the time of the audition, she didn’t know what role or TV show she was trying out for. She received lines from ‘Some Like It Hot’ in which she brought her best Marilyn Monroe. Eventually, when it came to portraying a 40s actress on the screen, she channeled the blonde beauty once again.

In the discussions with her, Murphy had described Claire as a spider, who lurks in the shadows, listens to everything, and comes in the spotlight only when she needs to. Weaving exaggerated this form through other small things about Claire. “She wears a lot of red and black, sort of like a spider. She’s got long red nails, and I made her voice a little deeper than mine, and she’s got red lipstick, very 1940s. She smokes cigarettes in a very sultry, sort of femme fatale way,” she explained.

“I was immersed and fascinated by a lot of strong women at that time. Aesthetically Claire was based on Veronica Lake,” she said. Katherine Hepburn. Hedy Lamarr, Lauren Bacall, and Lana Turner were other actresses whom she looked towards for inspiration. She found that they all “had so much more to give and were shut down by the industry.” Weaving also commented on Claire’s relationship with her parents and why she is so ambitious and competitive. “If you’ve met someone like that, you know that there is something deeper beneath. There is a reason why they are acting this way, and for Claire, her relationship with her parents, her being somewhat overlooked, being ignored and neglected [… creates] a wall, and she is pretending to have it all together. She thinks if she becomes a star, then her parents will love her.”

Was Jeanne Crandall a real actress? 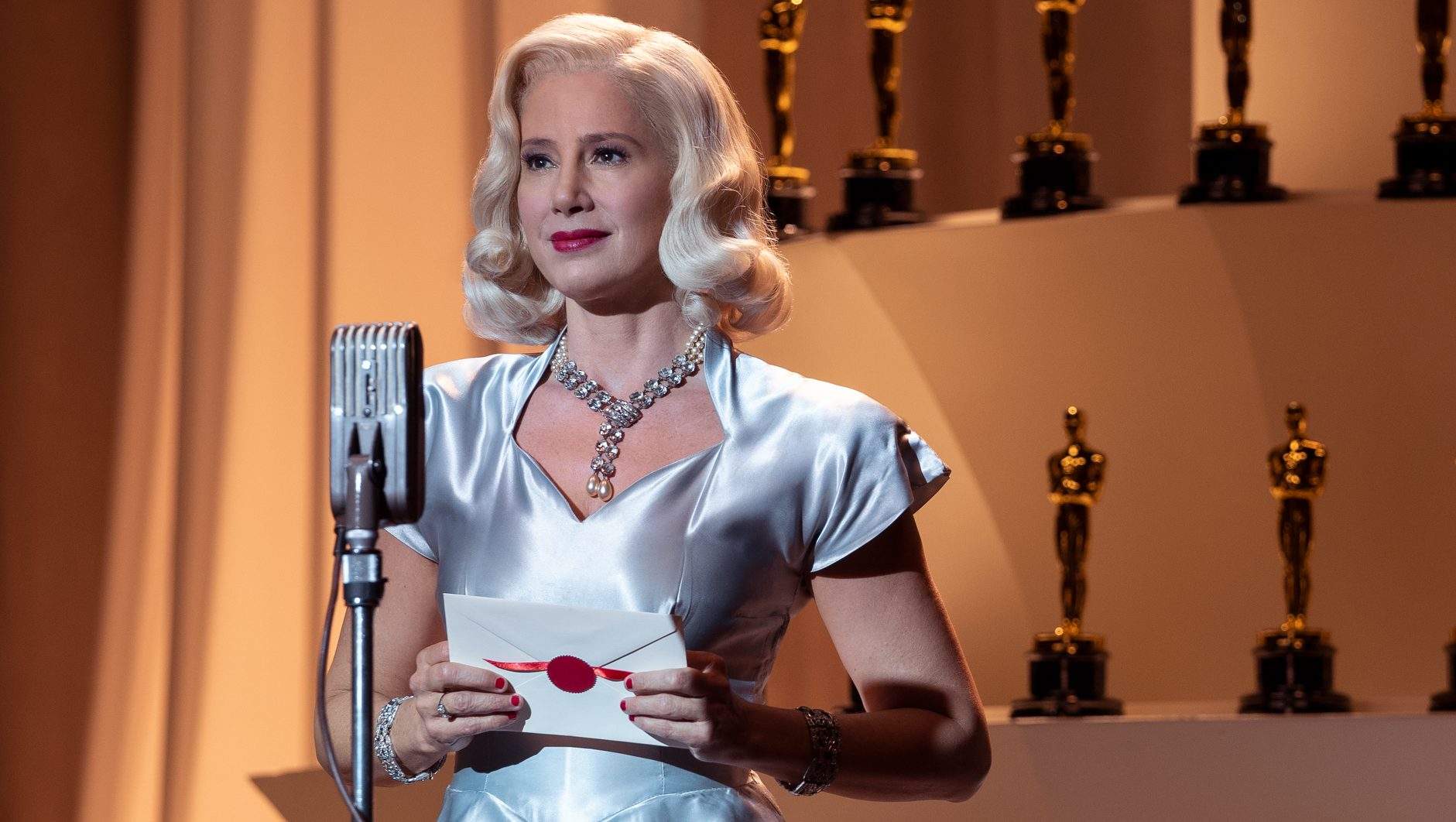 No, Jeanne Crandall was not a real-life person. Mira Sorvino said that Ryan Murphy had described Crandall as a cross between Lana Turner and Joan Crawford. On her inspiration for Jeanne, Sorvino said: “So many of the careers of women from that era, like Lana Turner, were made or broken by the willingness in these kinds of unequal power relationships. My character is a good egg and helps stand up to a racist director. She’s encouraging to a young Rock Hudson, and comes clean about her affair to the producer’s wife, and felt true remorse, even though she’s a morally broke person.”

The fact that some things from her own life coincide with Crandall’s makes her arc more impactful. In the show, Jeanne tells Avis that she continued the affair with Ace because she was afraid that if she didn’t, she would be fired. In real life, Sorvino faced harassment from Harvey Weinstein and was one of the first stars to go on record against him. The solidarity between the female characters in ‘Hollywood’ also comes across as a shout out for the Time’s Up movement.

Read More: Are Camille Washington and Jack Castello Based on Real Actors?