What Are Clea Shearer and Joanna Teplin’s Net Worths? 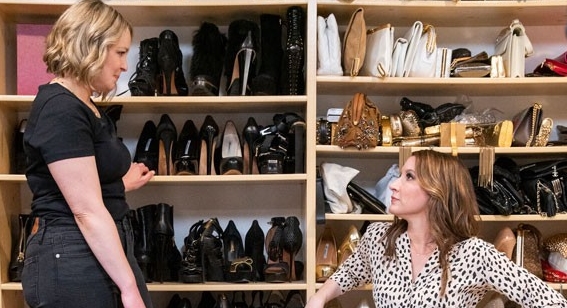 Keeping your house in order has never been as fun and effortless as it is with The Home Edit. It is headed by two pros, Clea Shearer and Joanna Teplin. The women have made their brand name famous across the country and now service celebrity clientele. Shearer and Teplin also have a fan following from the likes of Reese Witherspoon and Gwyneth Paltrow. Needless to say, the duo walks among stars. Considering their interactions with the affluent members of society, it is evident that they are quite well off too. But, what are Clea Shearer and Joanna Teplin’s net worths?

Clea was raised in Nashville and liked organizing things as a child. She turned this into a profession and became the co-founder of The Home Edit. The company is renowned across the nation with a roster of celebrity clientele. Since the services are pricey (but completely worth it), Shearer earns quite a lot from her business. Apart from that, she has appeared in shows like ‘Master the Mess.’ The home improvement show has now been eclipsed by her more popular series, ‘Get Organized with The Home Edit.’ As of 2020, Clea’s net worth is estimated to be a cool $4 million. Makeovers are the primary source of her income, but she’s also authored books, one of which is a New York Times bestseller.

Clea’s works ‘The Home Edit: A Guide to Organizing and Realizing Your House Goals’ and ‘The Home Edit Life’ help bolster her earnings. As an astute businesswoman, Clea knows how to promote the products, as you can see below.

Our second book was announced today… it comes out in September, but is available for pre-order now at thehomeedit.com/books [link in bio] ✨ It’s a weird time to announce a book, but I worked really hard on it and hope everyone enjoys it. Virtual hugs to everyone. ❤️🧡💛💚💙💜 #thehomeedit #thehomeeditlife #getorganized

Shearer also has a massive following on social media and is likely to have some earnings through promotional products on her feed. Now, with the popularity of ‘Get Organized with The Home Edit,’ exploding on Netflix, Clea’s financial prospects seem brighter in the future. 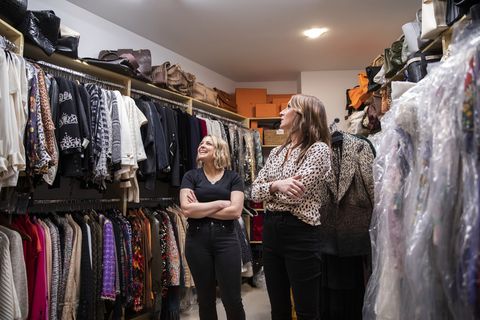 Teplin is the other half of The Home Edit. The two met in 2015 and recognized the entrepreneurial spark in each other. Since then, Shearer and Teplin have expanded The Home Edit, making themselves into the most sought-after organizers. Joanna is currently worth $2 million as of 2020. Since she is a private person on social media, the net worth is not an exact estimate, and we don’t have information about her assets, which contribute to this wealth.

But, we do know that Joanna has made most of her money from television shows too. First, it was ‘Master the Mess,’ and now the viral popularity of ‘Get Organized with The Home Edit’ is only going to bolster her finances. A sizeable chunk of Joanna’s earnings comes from an exclusive collection of products the duo has come up with – including bathroom supplies, kitchen supplies, beauty supplies, kid and pantry supplies, among others.

Teplin has also co-authored a book titled ‘The Home Edit Life.’ Undoubtedly, the show’s popularity will drive up the sales of the book, which will result in a tidy profit for Joanna. It is evident that she has her eye on the prize, and it will be interesting to see what projects Teplin undertakes next, in an effort to amass and expand her wealth.