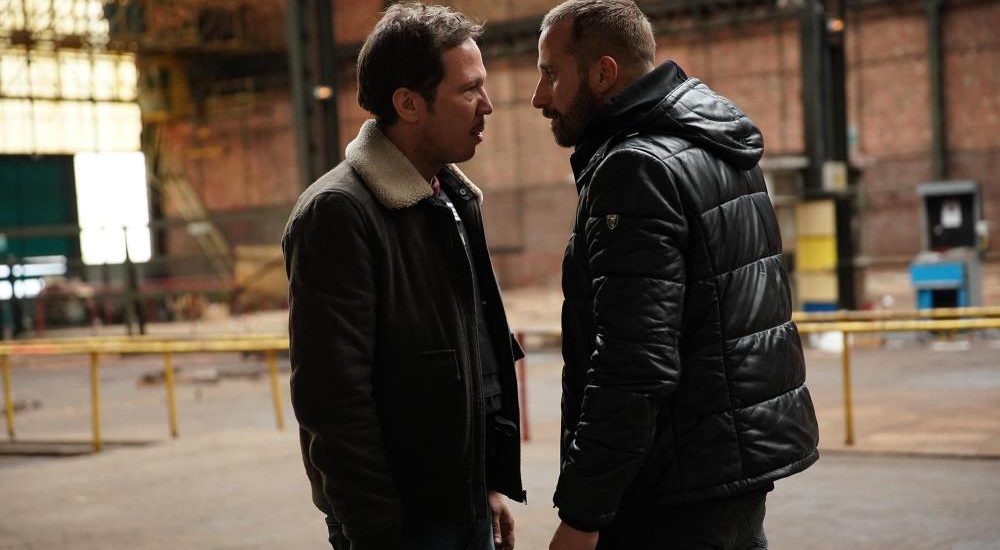 Near the opening of the film, we are introduced to the main character, Driss, who busts into the home of a drug gang with his team of narcs. That’s when one of the gang members looks at him and asks him why he does not speak in their language. Offended by this remark, he disses him out by claiming “I don’t speak Arabic, a**hole!” At first, for a viewer, this simply seems like a whimsical way of introducing the protagonist, however, much later in the film, it’s this scene that proves to be a rather consequential event.

On the surface, though it does pack its own moments of grit and nail-biting action, ‘Close Enemies’ is ultimately a typical crime drama. For the most part, the film comes off as a quintessential cop noir where a game of cat and mouse ensues between the primary characters. However, somewhere towards the end, it almost relegates its entire criminal plot and action, and instead, starts to reflect more on the environment and circumstances that motivate individuals to act the way they do. ‘Close Enemies’ has a quasi-documentary style feel to it which does add a tinge of realism to it, but eventually, it falls short of being great as it takes too much time to unfold what it’s truly trying to depict.

Directed by David Oelhoffen, the plot of ‘Close Enemies’ revolves around the lives of two characters, Manuel (Matthias Schoenaerts) and Driss (Reda Kateb), who initially seem to be the polar opposites of one another. While both of them seem to belong to a Middle-Eastern descend, Driss defies the stereotype surrounding the people of his culture and works as a narc.

On the other hand, Manuel, who very well conforms to the stereotypes of his origins, is a hood who delves deep into the world of drugs, until one day, he is forced to face some serious consequences. That’s when his survival starts to depend on Driss and both the characters are forced to face their common past.

Manuel’s side of the story is fairly linear. He seems like a lonely man who often drops by his ex-girlfriend’s house just to see his son and the closest “family” that he knows is the drug traffickers he works for. But when he is betrayed by his own people, he is left with no other option but to leave his old life behind.

Driss’ side of the story turns out to be far more complex. He boldly claims that his Arab appearance proves to be more of an asset than an insult when he works as narc but he, too, is far more troubled than he seems to be on the outside. He is spat at by the people of his own community, who see him as a renegade just because he serves the country of France by locking up his own men in prison, while the nation fails to give immigrants half-decent opportunities. This is why he finds himself stuck in the middle of the two worlds where one demands him to have a strong sense of justice while the other draws him because of his cultural roots.

‘Close Enemies’ offers way too many strands of other films of the same genre. But it’s the dynamic of its two main characters and the actors who play them, that keeps it afloat throughout its runtime. The storyline’s tension, which is considerable at times, comes from its emphasis on human nature.

The film almost reflects on a whole new variant of Stockholm Syndrome where Driss feels inclined towards his job of busting bad guys but his attachment to his roots never really leaves him. Ingenious additional layers are added to this through the film’s strong attachment to social reality. Despite being a promising narc, time and again, Driss is looked upon with skeptical eyes because of his appearance. Meanwhile, Manuel never really had the choice to seek a better life in the first place. Overall, more than anything else, ‘Close Enemies’ is the examination of the conscience of its characters and less of a cop drama.