Will There be a Coach Snoop Season 2? 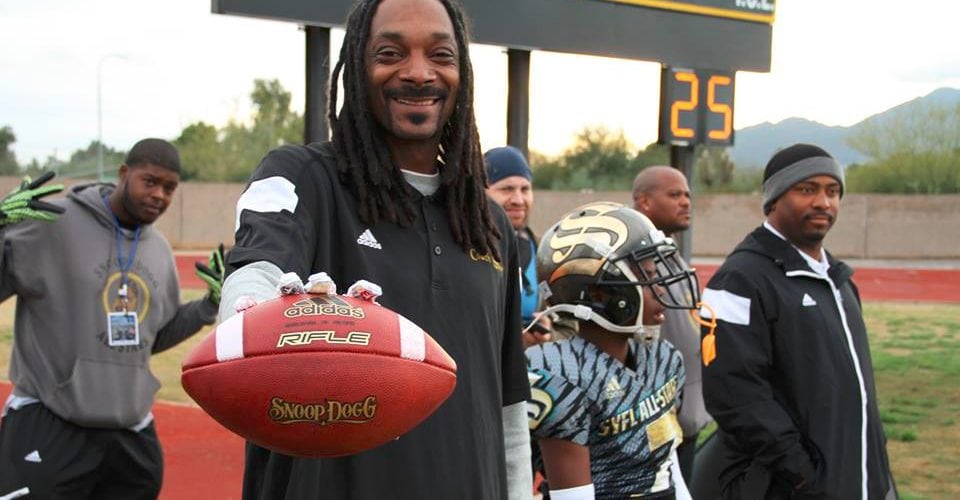 Sports documentaries are possibly the most interesting medium-ground between genres when you want to weigh in the pros and cons. With documentary-based television in general, any topic selected will usually be targeted towards its own niche appeal. This can be large and promising like the ever-present breadth of application for true crime, or be very specific, like aviary and wildlife preservation.

Sports is something that decidedly falls in the former side of the spectrum. In a way, it has even more promise and reach than true crime. While true crime itself is a specific genre with a hand in the visual medium, sports is its own separate sphere with its separate curb appeal, brand value equations, and a booming market. This makes the area rife with orchestra-adorned, dramatized, glorified, and polished brand-name bloaters like the official FIFA docu-films, or Netflix’s First Team: Juventus. The countercurrent is there, but it has a fickle presence (e.g. the 1971 docu-film Football As Never Before, a.k.a arthouse George Best).

Netflix’s ‘Coach Snoop’ does not really sit tight with the dynamics of this binary. It banks on the face value of Snoop Lion (erstwhile Dogg), King of Pot, et cetera – but it is also a legitimately compelling take on a genuinely heartwarming story that involves a pinch of snoop and a backdrop of his Snoop Youth Football League (SYFL) which he himself funds. It has an astonishing 1,500 players and 75 cheers within its ranks. The league final is affectionately called the Snooperbowl which is hosted in Houston.

The first season of the show was moderately received. Now, the question arises: will there be a ‘Coach Snoop’ season 2? We will delve into that question, but first let’s quickly look into the details of the series.

Coach Snoop Cast: Who is in it?

Coach Snoop is a docuseries that focuses on the goings-on in Snoop Lion’s SYFL. More specifically, it focuses on four individual players and their lives – both on and off the field. Naturally, if a main cast were to be named, it would be these four young teenager athletes: Maximus ‘Max’ Gibbs, Jaylin ‘J-Roc’ Smith, Sammy ‘Shady’ Green, and Aaron ‘Tupac’ Ulloa. Other than them, of course, the most screen pressure is exacted by Snoop Lion – invariably the critical star of the slideshow. The rest of the cast contains persons of interest including both the staff in Snoop’s SYFL team, Snoop’s Steelers, as well as the boys’ relatives.

There possibly will not be a second season on Netflix, but hypothetically, if a season was to be ordered by some other network, we would assume that the show would again focus on the four youngsters as well as move on to some others as it would provide a steady balance between an element of progression and a freshness.

What is Coach Snoop about?

Unequivocally, the first frontispiece through which Coach Snoop draws attention is Snoop Lion. By this point alone, we as a collective audience would go waltzing in expecting a sports documentary with a lowkey campy attitude and the usual Snoop Dogg Ditz (ditzzles?). However, Coach Snoop is actually not all about Snoop. Although Snoop is there as the wisecrack tooth-fairy coach figure, the show is more in the line of ‘Warriors of Liberty City’ and highlights the ground-level gritty reality of the youngsters who play in Snoop’s Steelers. Clarification: Snoop’s Steelers is Snoop Lion’s team in SYFL, a league sponsored, and largely paid for by Snoop. As Snoop himself noted, he created the league as an afterschool program with philanthropic motives: to desist and prevent the kids in hostile neighbourhoods from the drug and gang culture pitfalls.

This backdrop takes a sinister stance behind the hardships of the four young athletes the show specifically focuses on: Max’s father abandoned his family, Jaylin’s mother was a victim of a hit-and-run murder, and Aaron lost his sister in a similar car accident.

Coach Snoop Season 2 Release Date: When will it premiere?

Coach Snoop Season 1 premiered on Netflix on February 2, 2018. Despite all the positive light Coach Snoop seems to have drawn from the critical wings, it has not really delivered a top-notch performance in viewership since it premiered. Add to that the fact that it is – after all – a sports docuseries on a youth league which focuses on four players and their hardships, and an immediate sequel seems like a very unbecoming prospect.

According to a third-party source, Netflix has even axed the show for the time being after the first season but the streaming network itself has not announced anything about the prospects of Coach Snoop Season 2 so far. So we haven’t got anything on which we can base a release date estimation, and moreover, we will probably not be seeing more of ‘Coach Snoop’ anytime soon – not as a Netflix original, at any rate. Hence, as of now, Coach Snoop season 2 stands cancelled.

If Snoop Lion and his team do manage to get another show involving his YSFL team, though, we will be updating this section with relevant news about it – so stay hooked.

While you wait for updates on season 2, you could always watch the debut season in case you missed it. If you want to get a taste of it before you get started, here is the official trailer.