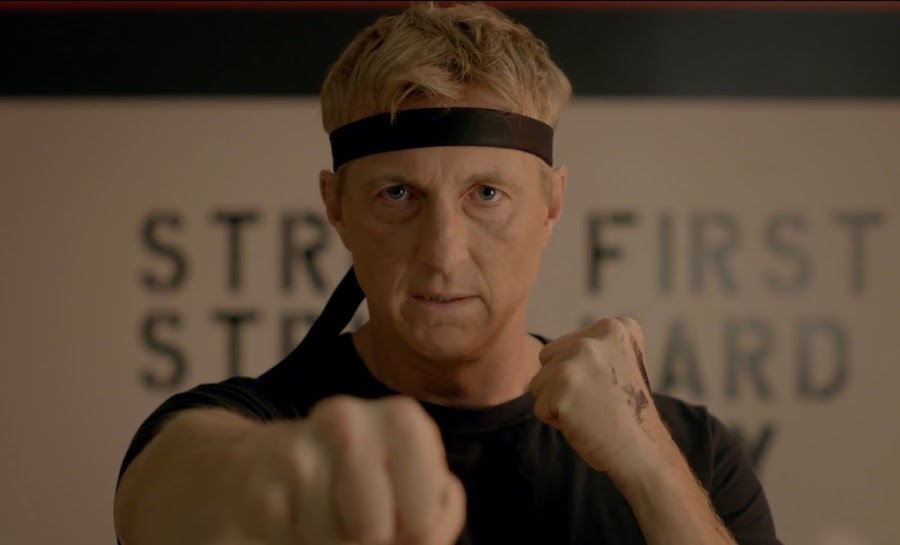 In 1984, the world was taken by storm by a film called ‘The Karate Kid’. It follows the story of a young boy named Daniel who is trained by a man named Mr. Miyagi to defend himself against bullies. Johnny Lawrence becomes his nemesis and the story revolves around their rivalry. It ends with Daniel winning against Johnny, but that’s not where their story ends. ‘Cobra Kai’ shows us what they are up to in their adult life. Here’s all you need to know about the first season of the show. 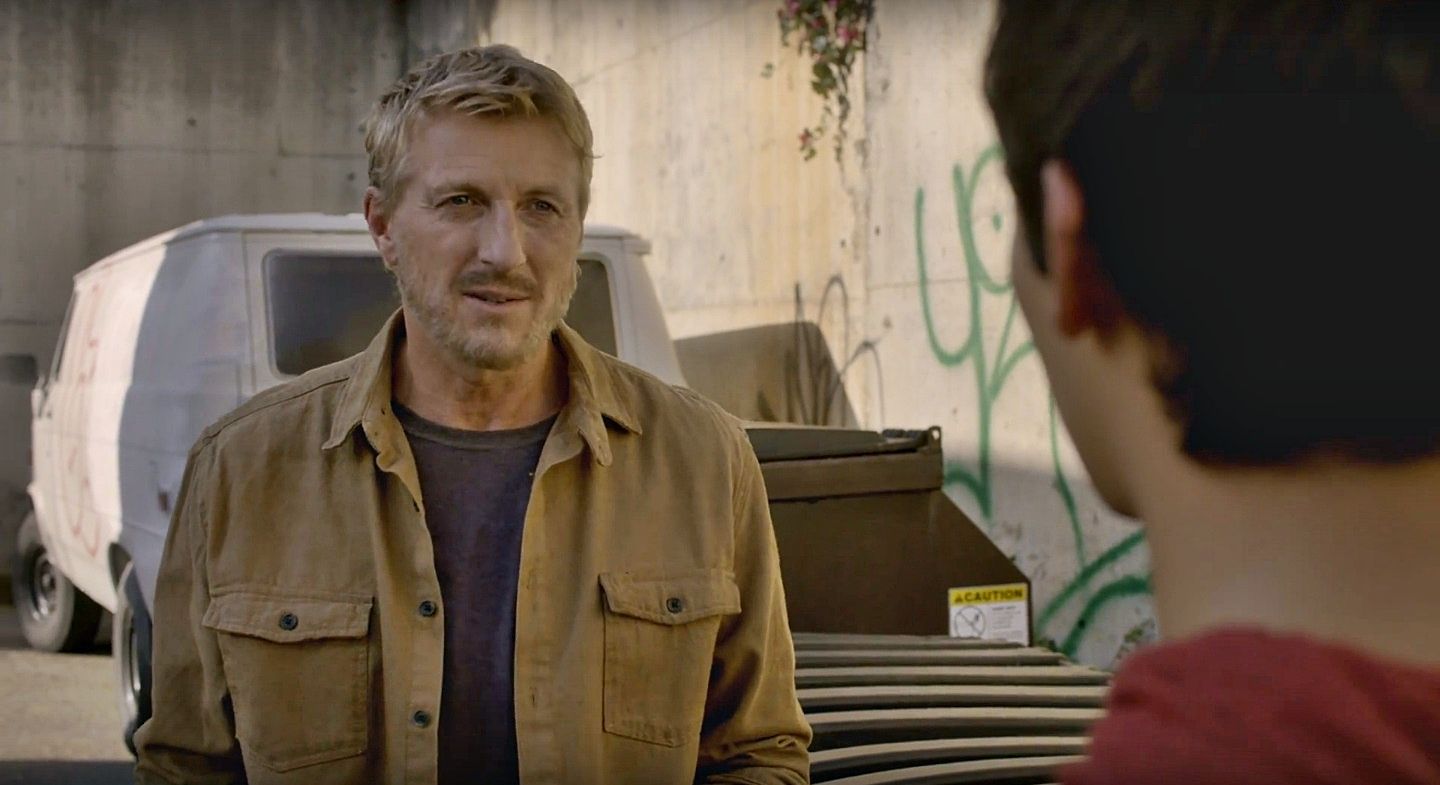 It’s been thirty-four years since Johnny Lawrence was defeated by Daniel LaRusso at All Valley Karate Championship. Now, Daniel has become the owner of a successful car dealership, while Johnny does odd jobs to keep himself afloat. It is when he has almost hit rock bottom that his paths cross with Miguel, a teenager who is also his neighbor. When Miguel is bullied by some boys from school, Johnny intervenes and saves him just as Mr. Miyagi had once saved Daniel from him and his friends. Miguel is taken by his skills and asks him to teach him karate, but Johnny refuses.

He has a change of heart when he meets Daniel again. His car is damaged in a hit-and-run and is towed away to Daniel’s car service, where they reminisce about the tournament. The memories of his defeat, of how he had been treated by his mentor after it, and the fact that Daniel’s daughter, Sam, had been one of the girls in the car that hit his car, collectively changes Johnny’s mind. He restarts Cobra Kai and takes Miguel under his tutelage.

The Rivalry: Past and Present 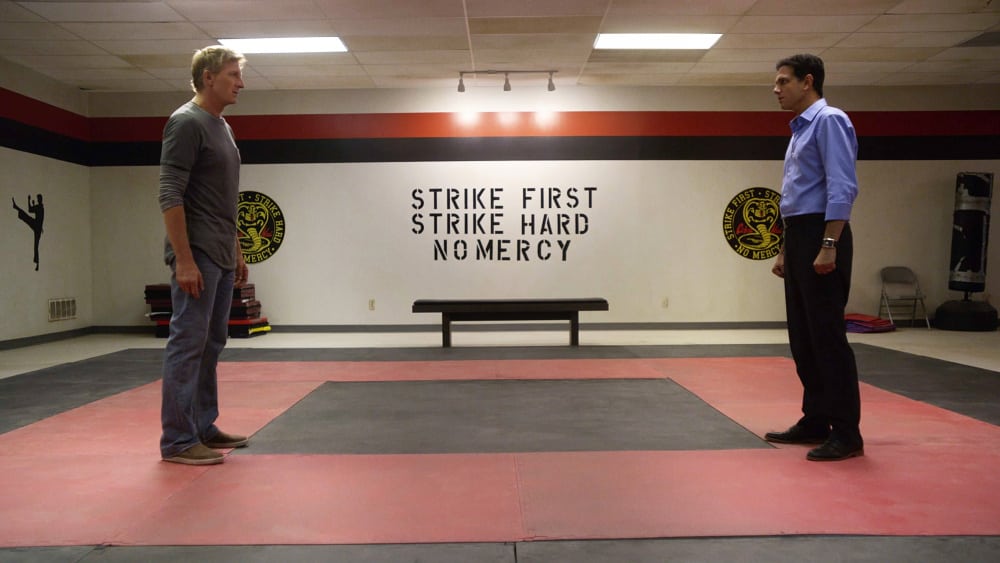 Daniel is appalled to find out that Johnny has restarted Cobra Kai, the same thing that had once made both of their lives miserable. Believing that Johnny will never change of his own accord, he tries to force him to close his dojo. His intervention results in the rent being doubled which makes it difficult for an already struggling Johnny to keep the place.

Johnny attacks back by vandalizing a billboard of LaRusso car dealership. Daniel tries to ban Cobra Kai from taking part in the All Valley Karate Championship but fails at that. This back and forth attack takes a drastic turn when Daniel’s cousin, Louie, along with his biker friends, destroys Johnny’s car. Following this, both men prepare to fight each other, but Daniel’s wife, Amanda, intervenes and allows them an opportunity to talk to each other before jumping upon each other.

This leads to an unlikely bonding between them, where Johnny tells him about his stepdad and how his bullying pushed young Johnny towards Cobra Kai and Sensei Kreese. Daniel finds a similarity between them in a karate father figure, and by the end of the day, it looks like they are ready to forget the past. But then, a twist changes everything. 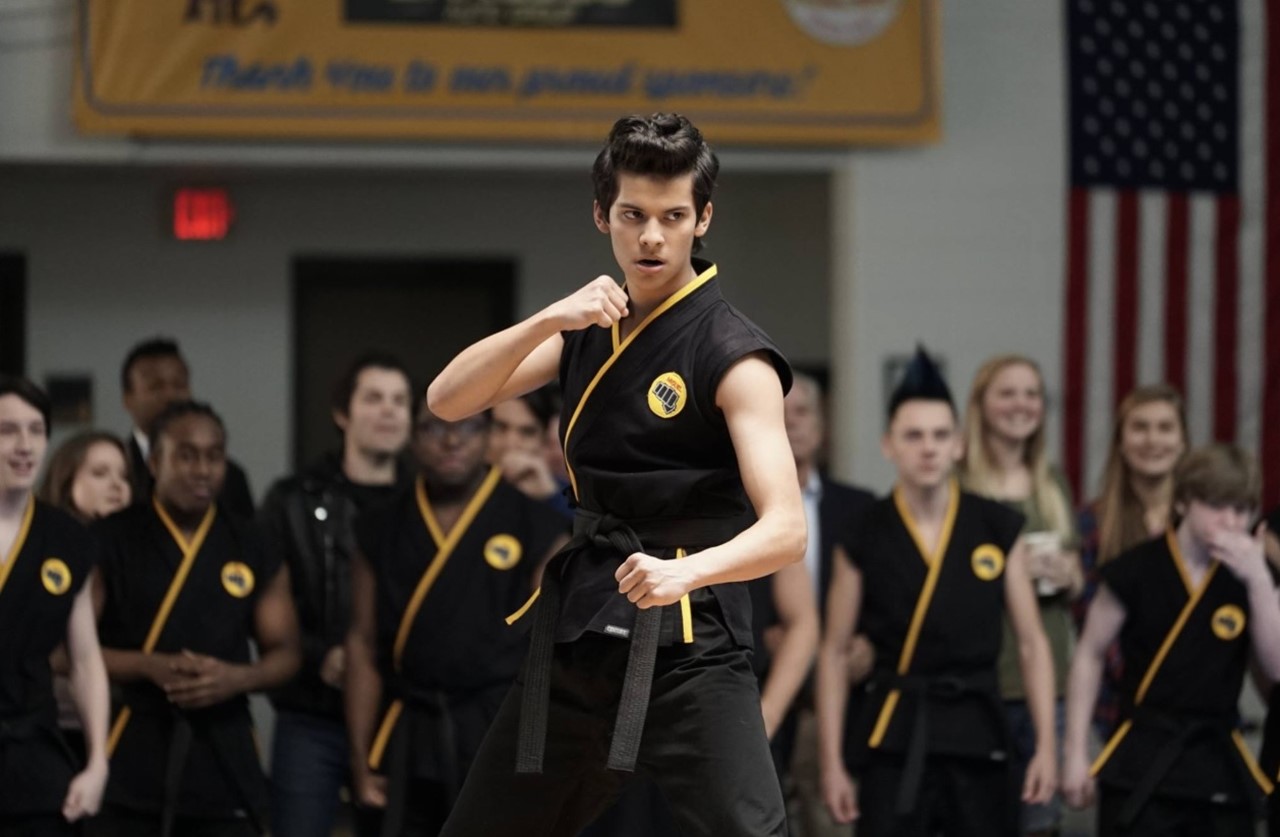 After becoming Johnny’s pupil, Miguel’s life changes considerably. At first, he is beaten up by the boys again, one of whom is Kyler, Sam’s boyfriend. But slowly, he gets better at karate and eventually showcases his skills in front of the whole school by beating up his bullies. His act is caught on video, which leads to an increased demand for Johnny’s services.

Meanwhile, Sam’s initial infatuation with Kyler ends when he tries to make a move on her. In turn, he spreads lies about her at school, following which Miguel beats him up. Sam is impressed by Miguel’s karate skills, while he doesn’t know that she is karate-trained by her father. Sam and Miguel fall for each other, only to, later, realize that her father and his mentor are sworn-enemies.

Another complication arises with the arrival of Johnny’s son, Robby. Johnny had left him and his mother a long time ago. Robby never came around to respecting his neglectful father. However, when Johnny got his life back on track with Cobra Kai, Robby decided to piss him off by going to work for Daniel. His intentions changed when Daniel took him under his wing and started teaching him karate.

This affiliation with the LaRusso family also brought Robby in contact with Sam, and Miguel became jealous of their friendship. Things explode completely when Miguel gets drunk and hits Sam, by mistake, while Johnny discovers that Daniel has been training his son, not realizing that Daniel had no idea who Robby was.

With the flame of rivalry reignited between him and Daniel, Johnny goes into the All Valley Karate Tournament with the No Mercy spirit of Cobra Kai. Both Miguel and Robby participate in the tournament. While Miguel is angry about his break-up with Sam, Robby just wants to prove his skills. In the final match, Miguel defeats Robby, who had previously sustained an injury in his arm. Daniel cools down towards Robby and decides that if he is to beat Cobra Kai and their violent ways to take over the valley, he will have to create a team of his own.

Meanwhile, Johnny feels bad about how he pushed Robby towards Daniel, and how he has turned his pupils into the very thing that he had claimed Cobra Kai was not anymore. On top of this, Sensei Kreese turns out to be alive and well when he knocks at Johnny’s door.