Is Coco on Netflix? Where to Stream Coco For Free? 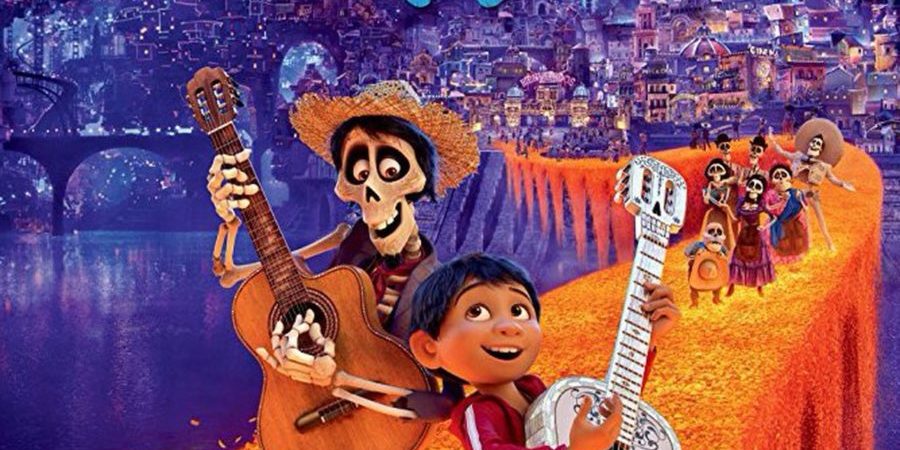 Animated movies have been improving in leaps and bounds, not just due to technological advancements, which are definitely helping in better animation, but for telling stories that are deeply impactful and have messages of their own. ‘Coco’ comes from Pixar Animation Studios and has been praised not just for its animation and voice acting, but also for its music, emotional story and a deep respect that it shows for Mexican culture. This is primarily because the entire concept for the film has been inspired by the Mexican Day of the Dead holiday, which is locally called Día de los Muertos.

At a time when Disney reigns supreme in animated films, ‘Coco’ made the right waves with its style and content, and thus it is not surprising that the film walked away with two Academy Awards, one for Best Animated Feature, and the other for the song ‘Remember Me’, which won the Best Original Song award.

The film came out in 2017 and is still part of the conversation surrounding good animated films, which is saying something. If you have not watched it, you do not want to miss out on this, and if you have seen it, you might want to re-watch it, because it is that good. Either way, we have got you covered, but before we tell you where you can watch these, let us briefly tell you the story of ‘Coco’.

What is Coco About?

‘Coco’ balances the story between the land of the living and the realm of the dead, exploring themes of the persistence of memory, how we live on in minds and through legacies after death, and how human souls can be connected through music. We are introduced to Miguel, a 12-year-old boy in Santa Cecilia, Mexico. Although he harbors the dreams of becoming a musician, music is forbidden in his family because his great-great-grandmother Imelda was married to a musician, who left her and Coco, her daughter, alone and never returned. The family has therefore banished music and now has a shoemaking business.

Miguel lives with his family and Coco, who is now an elderly woman. However, the young boy idolizes Ernesto de la Cruz, a famous deceased musician. He teaches himself how to play the guitar from Ernesto’s old movies. The events begin to unfold on the Day of the Dead when Miguel accidentally destroys a family photo, to see a hidden picture of his great-great-grandfather, whose face has been torn off. But recognizing Ernesto’s famous guitar, the boy is convinced that he is his descendant. Ignoring his family’s objections, Miguel enters a talent show and breaks into Ernesto’s mausoleum to take his guitar. However, upon strumming a few chords, he becomes invisible to the living realm but can interact with the skeletal dead who have come to visit their relatives on this special day.

Miguel learns that Imelda cannot visit because he destroyed her photograph. Trouble begins to pile on when he realizes he is cursed for stealing from the dead and must return before sunlight with the blessing of one dead relative, or he will be excluded from the Land of the Living eternally. Imelda agrees to bless him but the price is too high – Miguel has to give up music. Our young protagonist refuses and instead decides to track down Ernesto and seek his blessing. This makes him cross paths with Hector, who agrees to take him there, if he carries Hector’s picture to his family, in order to keep him alive in their memories and thus alive in the realm of the dead.

In Ernesto’s mansion, just when things seem to be going well for Miguel, he is confronted by Hector, and as Hector and Ernesto begin arguing, Miguel realizes they were partners in the living world. When Hector decided to leave the duo and go back to his family, Ernesto poisoned him and stole his guitar and songs, making himself famous based on Hector’s hard work. Bent on protecting his legacy, Ernesto throws Hector and Miguel in a lake to die, and Miguel realizes that he is actually Hector’s descendant. Luckily, Imelda and a few others show up to rescue them, and as Hector and Imelda reconcile, they decide to take down Ernesto. The villain is taken care of, but Miguel is almost out of time.

We see that Coco’s life and memory appear to be fading with the rising sun. However, Imelda and Hector bless Miguel unconditionally, allowing him to return to the Land of the Living. This is where Miguel plays the famous ‘Remember Me’ song, which almost seems to breathe life into Coco, and she reveals that she had kept Hector’s picture after all. Telling stories about her father, she saves his memory and allows him to live on in the Land of the Dead. Obviously, Miguel’s family ends the ban on music and there is a reconciliation.

The end of the film moves forward in time with Miguel showing his sister the pictures of the deceased family members, and Coco is now among them. Ernesto does not just suffer destruction in the Land of the Dead, but in that of the Living as well. Letters to Coco from Hector proves Ernesto’s guilt. We see Imelda and Hector back together, and along with Coco, they visit their living relatives. Miguel plays music for the living and the dead, uniting them in song, and proving how important it is to be remembered if we wish to continue existing in some form after our deaths. For an animated film to be so deeply profound is indeed refreshing, and you must be wondering where you can watch it. Well, that’s what we are here for.

Is Coco On Netflix?

If you have a Netflix subscription, you are in luck. There is a reason you pay one of the best streaming platforms for premium content, and ‘Coco’ is premium content. Thus, you can stream the movie on Netflix, here.

Is Coco On Hulu?

If you have a Hulu subscription, we have some sad news for you. ‘Coco’ is unfortunately not available for streaming at the moment. However, the platform is growing and keeps adding new content, so this film just might make its way over soon. In the meanwhile, if you are in the mood for animated films which have a deep emotional impact, look no further than Studio Ghibli’s ‘Grave of the Fireflies‘.

Is Coco On Amazon Prime?

Amazon Prime is perhaps the biggest competitors of Netflix at the moment and as a result, they are adding content to their libraries at an amazing rate. However, ‘Coco’ just does not seem to have been added for subscribers yet. Let that not deter you, because Prime offers the option to buy or rent the movie and then watch it on their platform. Buying it costs $19.99 while renting it costs $2.99. Considering the massive price difference, unless you are bent on keeping the movie forever, we suggest that you rent and watch it. You can watch ‘Coco’ on Amazon Prime, here.

Where Can I Stream Coco Online?

What happens if you don’t have a Netflix or Amazon Prime subscription? Does that mean you cannot stream Coco? Of course not. We have some suggestions of sites you can stream it from. The obvious options are YouTube and Vudu. It costs $14.99 to buy the film on YouTube and Vudu. Both sites charge $2.99 to rent the movie. Considering how much lesser it costs to rent the movie, we suggest you do that unless you want to keep it in your film library.

Can I Watch Coco Online For Free?

A lot of us are freeloaders by habit. We prefer to test the content before paying for it. While there should be no doubts about the quality of content in ‘Coco’ since it has already received awards and critical acclaim, we still understand your skepticism and have got a hack for you to watch it for free. Since ‘Coco’ is available on Netflix, we suggest that you take the free trial on the platform if you do not have a subscription and use this opportunity to watch the film. However, like always, we strongly urge our users to pay for the art they consume. Animated movies are doing great now because of all the support it has received, and we hope to see it continue doing well, which will only be possible if all consumers chip in.