When Will Code of the Wild Season 2 Premiere on Travel Channel? 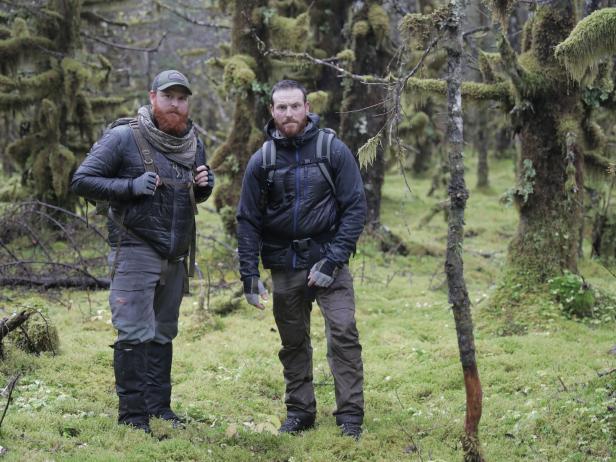 History is strange, mysterious, and full of surprises. And stranger still, some of the greatest secrets from the bygone era are concealed in the planet’s extremely dangerous locations and unforgiving terrains — not accessible by regular humans. But a few will go to any heights to reveal the truth behind such unexplainable mysteries. Travel Channel’s docu-series, ‘Code of the Wild’ follows the daredevil Keefer brothers as they travel to unchartered territories to tackle some of the world’s most enigmatic puzzles.

The show’s first season was received well. Now the question is, will be there be a Code of the Wild season 2?

Who are the Hosts of Code of the Wild?

Chris and Casey Keefer are the hosts as well as producers for ‘Code of the Wild’. The brothers are wildness and survival experts, equipped to face the earth’s most inhospitable locales. They hold a keen interest in history and an insatiable thirst for adventure, making them the ideal duo to explore each corner of the planet in a quest for experiences that define their motto — ‘BeAlive’.

Casey shared his excitement about the show on its announcement, “I’m a history buff, and when it comes to unexplained mysteries, I go digging for evidence.” He added that the world’s greatest secrets are “hidden in the most perilous places”. And for them, this is where their adventure starts — surpassing the toughest routes in search of answers. In fact, every investigation for them is a wild adventure.

On the other hand, Chris is a tech geek. He uses his knowledge of technology in unearthing facts and utilizes the latest equipment to reveal deep-concealed secrets. And by combining their outdoor survival skills, they are able to experiment with new theories in a hope to unveil the truth.

Both Chris and Casey are expected to return as hosts for season 2.

What is Code of the Wild About?

Branded as an investigative historical documentary, ‘Code of the Wild’ follows the Keefer siblings as they travel to inaccessible locales to solve baffling mysteries that have puzzled researchers for years. The brothers use their know-how of survival and tracking techniques to trace down some of the world’s most obscure legends. The sites visited by the duo include dark and winding caves, untamed forests, and sub-zero temperatures, among others.

In one of the episodes of season 1, we witness Casey and Chris as they land in El Dorado to find the Lost City of Gold. They start in Rio de Janeiro and then venture deep into the Amazon. If you did not know already, the only known explorer to have reached closest to this spot is Percy Fawcett. In Rio, the brothers discover fresh data about the previous whereabouts of Fawcett, leading them further north — as opposed to former documented records. After they enter Amazon, they uncover that Fawcett travelled to Mount Roraima after staying with an indigenous tribe. Chris and Casey decide to trace Fawcett’s tale, hoping that they can finally reach El Dorado.

In another episode, Casey and Chris reach the Alaskan wilderness where they attempt to locate a plane, carrying two American politicians (Hale Boggs and Nick Begich), that had simply vanished in thin air. Although a rescue mission was carried out for around 39 days, the plane was never found. The brothers delve into the mystery and their research leads them to a piece of metal that points them to the sea. Later, they meet Begich’s son and gather new information. This leads them to the heart of Alaska. The mystery has remained unsolved for 47 years and the duo battles freezing temperatures and hostile terrains in search of new clues.

In one episode the pair finds themselves in Ecuador, where they seek to find a colony of giants and a lost civilization and in another, the Keefers travel to Danville, Virginia, in search of a lost treasure worth $1 billion. According to myth, after the Civil War, more than 9,000 pounds of gold and silver from the Confederate treasury were stolen. As per belief, a secret society called Knights of the Golden Circle or KGC had hidden the gold in the Appalachian Mountains. The brothers decide to decipher the secret symbols of the KGC in the hopes of finding this lost gold.

You can rest be assured that the pair of Casey and Chris are going to explore many more unsolved historical long-hidden myths and secrets.

Code of the Wild Season 2 Release Date: When will it premiere?

As far as the next season goes, we don’t have an official announcement yet. Though considering the uniqueness, we would be surprised if it doesn’t get another season. If renewed, ‘Code of the Wild’ season 2 can release sometime in August, 2020. We will update this section as soon as we hear more.

Code of the Wild Trailer:

You can check out previous episodes and trailer of ‘Code of the Wild’ on Travel Channel.