Where Was Colombiana Filmed? 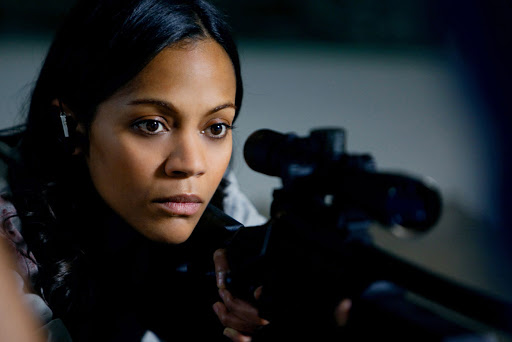 ‘Colombiana’ is an action thriller that revolves around Cataleya, a ten-year-old girl who watches her parents getting killed in front of her and grows up with one goal in mind – revenge. Cataleya grows up to be a trained assassin with a painful and violent past. The story starts in Bogota, Colombia, in 1992, where Cataleya’s life turns around as her family is killed by Marco (Jordi Molla), Don Luis’ (Beto Benites) top henchman. Don Luis is a drug lord who Cataleya exposes in exchange for a passport and passage into the U.S. She goes to her uncle, Emilio (Cliff Curtis), a criminal in Chicago who takes care of her and trains her to be an assassin.

Directed by Olivier Megaton, it features Zoe Saldana as Cataleya Restrepo. The script for ‘Colombiana’ was originally based on ‘Mathilda,’ which was written by Luc Besson as a sequel to ‘Leon: The Professional.’ Due to creative differences with Gaumont Film Company, Besson and the Megaton reworked the script to make it a standalone film. Although the film was not received well by the critics, it performed well at the box office. Curious to know where was ‘Columbiana’ filmed? We’ve got your back!

The film was shot in multiple locations, including Chicago, New Orleans, Louisiana, Mexico City, and Paris. Interestingly, although the film is called ‘Colombiana’, which means a ‘woman from Colombia,’ no part of the film was actually shot in Colombia. A lot of controversy around the film harps on this fact as no part of Cataleya’s character could pass off as “Colombian” and then there is also the issue of portraying Colombia as a war zone for drug dealers and criminals. Here are the specific details!

The shooting of the film started in Paris and the work culture in France was very different, with the rule of “no shooting before lunch.” The crew of the film was an international one, involving people from various countries. This is justified since the film is set in different countries. Zoe Saldana especially liked the challenges that came with working with an international crew because it made the craft all the more interesting. However, for her to maintain the tone of continuity of a scene, which sometimes spanned across countries, made it very “exhausting.”

The next stop was Chicago, which Megaton described as a “graphical” city that is perfect for shooting films in, especially with the architecture of the place. In the behind-the-scenes edit of the film, regarding shooting in Chicago, he said that the frame seems ready the moment one points the camera.

The city of New Orleans shines through as well, as the production team was required to return to New Orleans to shoot several sequences. The scene where Cataleya rams into the police car is filmed outside New Orleans in a place called Fat City. Uncle Larry’s bar used to be an actual bar in the area, which has since been closed.

The scenes based in Colombia were shot in Mexico City, which Cynthia Addai-Robinson (who plays Alicia, Cataleya’s mother) described, has bright and colorful energy. People were excited to see what was going on and would flock to the sets. Jesse Borrego, who plays Fabio (Cataleya’s father), shared how people of the neighborhood were generous and accommodating. They also let the crew film on their roofs and through their houses, which added to the authenticity of the setting.