‘Color Out of Space’ Filming Locations 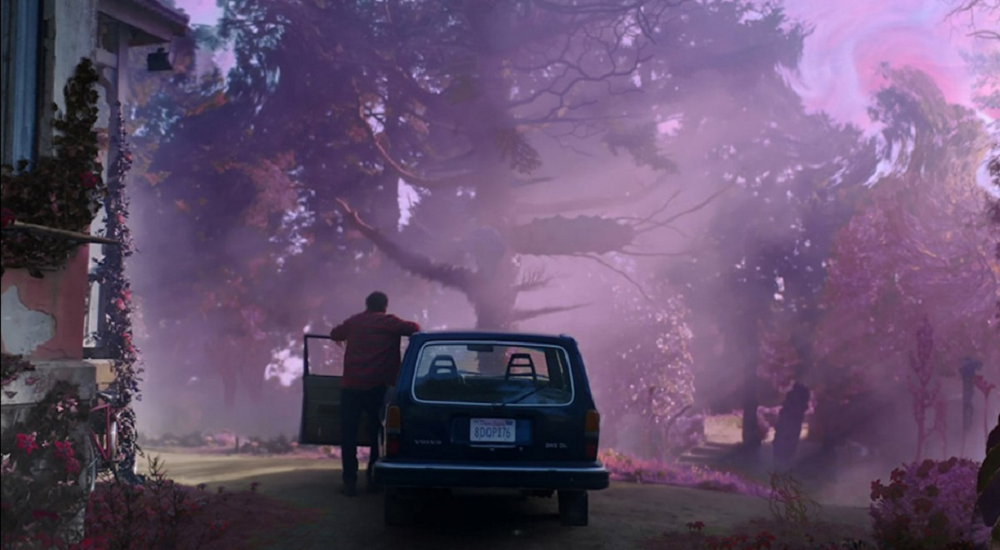 Directed by Richard Stanley and produced by Elijah Wood, ‘Color Out of Space‘ is a sci-fi horror film that captures the horrors of an eldritch and mysterious short story written by H.P Lovecraft. Its premise revolves around the terrors of an ineffable “color” that travels from a distant world and lands on the yard of the Gardner household. As this Color slowly spreads onto everything that comes in contact with it, a kind of technicolored madness befalls on each of the members of the family and their surroundings.

Where Was ‘Color Out of Space’ Filmed?

Although ‘Color Out of Space’ is not perfect, its eerie atmosphere is enough to send chills down your spine. Its storyline itself is enough to scare you, but there’s something about the whole setup of the film that adds heft to its spooky spirit. So further down in this article, we will be walking you through all the filming locations of ‘Color Out of Space.’

There was a time when a fair share of cinematic debuts was shot in the capital city of Portugal because of how incredibly cheap it was. Lisbon is now again finding its way back to the Hollywood scene and apart from ‘Color Out of Space’, a few other renowned films like ‘The Night Train to Lisbon’ and ‘Love Actually’ have also been filmed here.

The hilly, coastal city serves as the perfect setup for the gothic grit that ‘Color Out of Space’ offers. Actress Madeleine Arthur, who plays the role of Lavinia Gardner in the movie, posted a picture of the pastel-colored buildings of the city earlier this year when the film was still in production. You can check that out below: 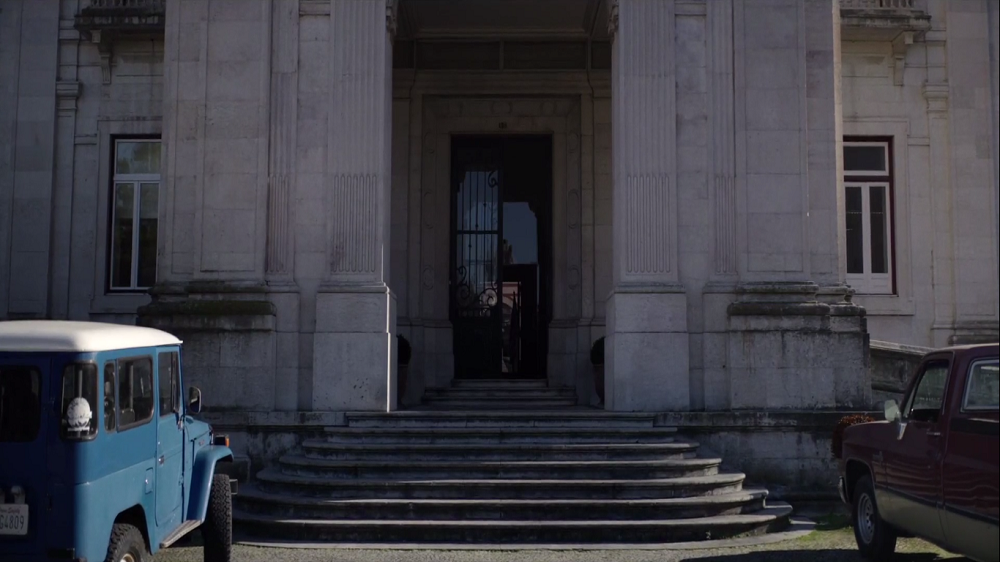 If you have already seen the film and you’re mildly familiar with some geographical locations of Lisbon, you might have spotted Nova Medical School in the latter part of the film. There is a scene in which two cops approach Ward Philips and show him dead animals who seem to have radiation burns on their bodies. Following this scene, as you can see in the image above, the camera takes an abutting shot of the entrance of Nova Medical School.

According to The Portugal News, the southern European country has been providing a lot of incentives lately to major film projects. Funded by the Tourism, Cinema, and Audiovisual Support Fund, these incentives are granted to all productions that have a cost of €500,000 or above. ‘Color Out of Space’, which was entirely shot in Portugal, is one of the few movies that have been benefited from this fund.

Lovecraft’s stories are, indeed, notoriously difficult to bring to the silver screen because of all the atmospheric horror that they pack. But the serene landscapes and forested terrains of the resort town of Sintra serve as the perfect backdrop for the bleak themes of the film.

According to a local news source, on February 16, 2019, the cast and crew of ‘Color Out of Space’ took a day off and explored the gastronomic delights of Sintra. Along with the leading stars of the film which include Nicolas Cage, Madeleine Arthur, and Joely Richardson, Elijah Wood was also spotted tasting wine at a Wine Gallery in Sintra. 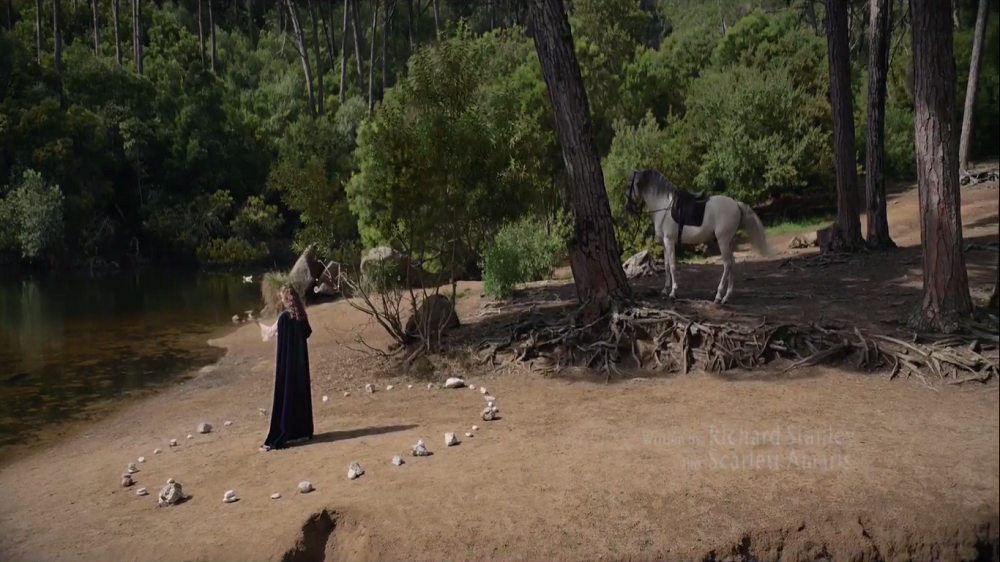 Lagoa Azul is a lagoon that lies inside the woods of Mount Sintra. The opening scene of the film, where Lavinia Gardner practices witchcraft, has been filmed here. 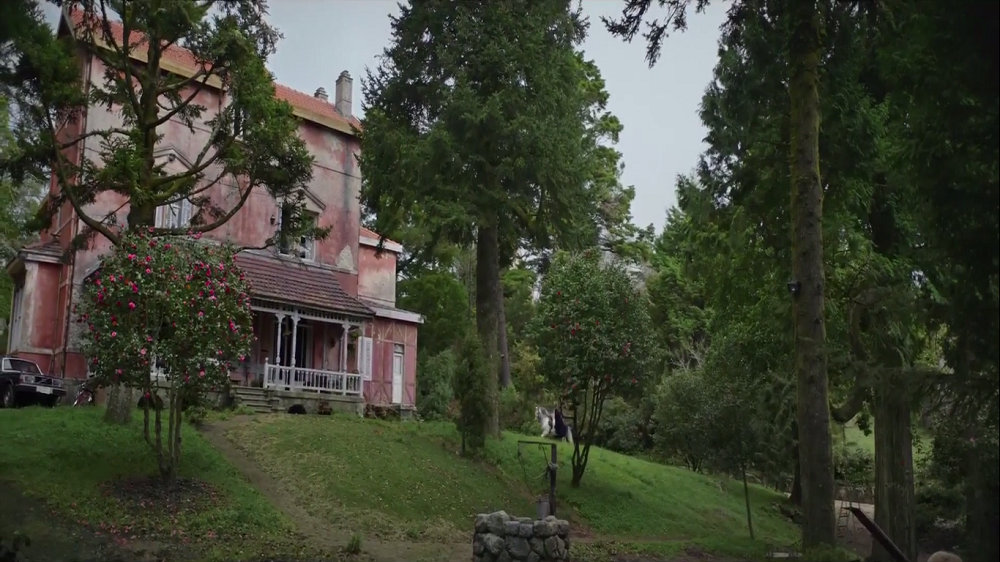 Almost the entire film has been shot amidst the lush green landscapes of the Sintra-Cascais Natural Park. Even the Gardner home, which is the setting for the film almost throughout its runtime, is located far away from the main city and is hidden deep inside the dark and damp lands of the Natural Park.

In conclusion, the overall setup of the film does not span across many different locations and if you’ve seen the film, you’ll probably be well aware that it is mostly confined to only one location—the Gardner home in the woods. Even so, it’s this confined setup and the trippy visuals it is backed up with, that adds to the horrors of its themes.