‘Coming Home’ (1978): An Understated Brilliant Film About After Effects of War 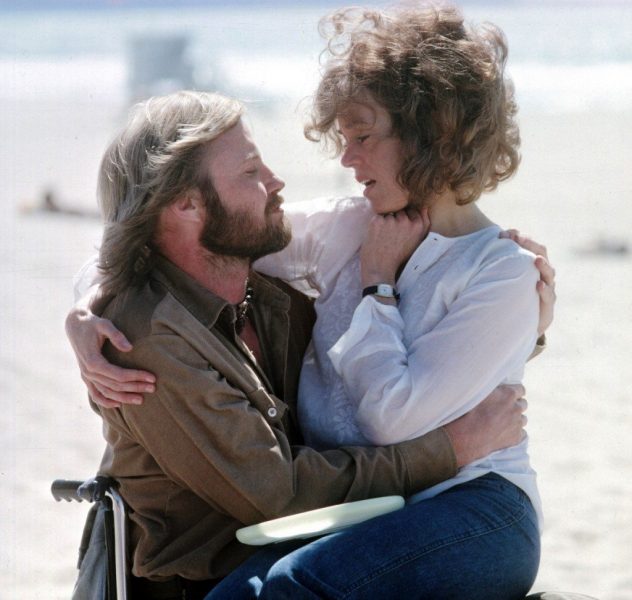 In 1978, Hollywood was finally prepared to deal with the war in Vietnam on film. For years it had been more or less a taboo subject, an open wound no one wanted to discuss or see. However in 1976 director Francis Ford Coppola head to the jungle to make Apocalypse Now (1979), which most thought would be the first film to deal with the war, but no one counted on how long it would take Coppola to make and cut the film.

The first to deal openly and honestly with the war was Coming Home (1978) a superb film about the impact of the war on the men who fought it and their wives. Jane Fonda was the driving force behind the film, shepherding the project from the first script, finding a director she trusted and helping cast the film. The picture deals with a woman, portrayed by Fonda, who watches her war happy husband go off to war leaving her behind to fend for herself. Volunteering at a local veterans hospital she meets someone from her high school years, paralyzed from the waist down as a result of an injury he sustained in the war, and they fall in love. When her husband returns he is a changed man, betrayed by the war, by his country and he learns his wife now likes another man.

For the role of Luke Martin, the paralyzed veteran, Jack Nicholson was approached and wanted the part, but his agreements to do other films stood in his way. AL Pacino and Sylvester Stallone were asked, but eventually the role went to Jon Voight who had been circling the role of the husband, which went to Bruce Dern. Fonda of course would portray Sally Hyde, the woman in the middle of the men, and who grows as a person on her own. 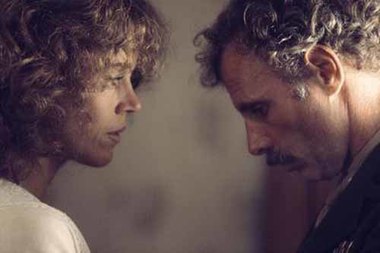 Director Hal Ashby plunges us back in time to the sixties, using music from the era constantly on the soundtrack, which takes us back to that time and place. Each song is well chosen, and utterly perfect. Bob Hyde (Dern) is finally going to war and as a Marine, he cannot wait. He makers love to his wife, leaving her unsatisfied, which seems to be par for the course, climbs on a bus and leaves for what he calls combat city. Little does he know his life will never be the same. Sally is left on her own, but is befriended by Vi (Penelope Milford), a local girl whose brother is in the hospital for the veterans, traumatized by the war, and her boyfriend is a soldier. Working with the vets Sally realizes they are coming home shattered by what has happened to them over there. She meets Luke Martin (Jon Voight) a former football star she went to school with and they develop a strong friendship. In a wheelchair, Luke is paralyzed from the waist down and begins fantasizing about Sally. Their friendship turns deeper, ands they have a sexual encounter during which, through oral sex, Sally has her first orgasm which reduces her to tears.

When Bob gets liberty in Hong Kong, Sally flies to visit him and begins to see the devastation of the war on him. He is distant, distracted, sleeps with a weapon close by and walks in circles, talking about the atrocities his men have committed. Bob has been shattered by the war like the others, he will never be the same.

Sally comes home and her relationship with Luke deepens, and a few months later she learns Bob is coming home. He is worse than he was in Hong Kong, and there are questions raised about his injury being perhaps self inflicted. When the military tells him about his wife cheating on him, he goes ballistic and turns a weapon on Sally. Luke arrives and the gun is turned on him, but the men talk their way through it and out of the situation. But Bob cannot cope with what has happened to him, and as Sally shops, and Luke speaks to a group of high schoolers about the war, Bob swims into the sea never to be seen again. The performances carry Coming Home (1978) and what magnificent performances they are. Jon Voight won the Academy Award for Best Actor, as well as the LA and New York Film Critics Awards for Best Actor, for his lovely performance as Luke. His final speech to a group of high school kids is startling in its raw emotion, and powerful feeling. His voice breaks as he speaks, as he remembers, as he regrets. This is a towering performance, one of the decades very best. 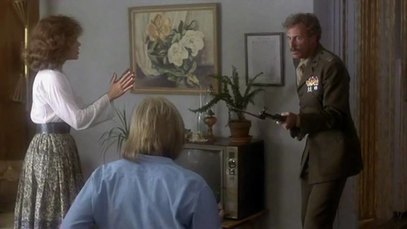 Bruce Dern is superb as Bob, a man who is eventually betrayed by a war he believes in, a country he believed and his wife, whom he believed in most. How emasculating it must have been for him to learn she has fallen in with a man paralyzed from the waist down, how it must have impacted his manhood. He just cannot cope, and in one of the films most haunting sequences he undresses on the beach to the strains of Tim Buckleys sad song Once I Was, before swimming intro the waves and oblivion. Nominated for an Oscar, Dern too should have won. Jane Fonda won her second Oscar as Sally, a rich and strong performance of a woman in transition, of a woman growing into who she believes she should be. It is a superb piece of acting that defined her as her generations finest actress.

Coming Home (1978) was nominated for eight Academy Awards including nominations in all six major categories. It would win Best Actor, Best Actress, and Best Original Screenplay, losing Best Picture and Best Director to The Deer Hunter (1978) a grave injustice that has become apparent through the years. No other film more fully explored what was happening to these men when they came home after the war, left to deal with their demons on their own. Brilliantly directed by the late, great and sadly woefully under appreciated Hal Ashby it is a quiet masterpiece that must be seen. It explores a different sort of violence that takes place during war, the violence and trauma done to the soul.