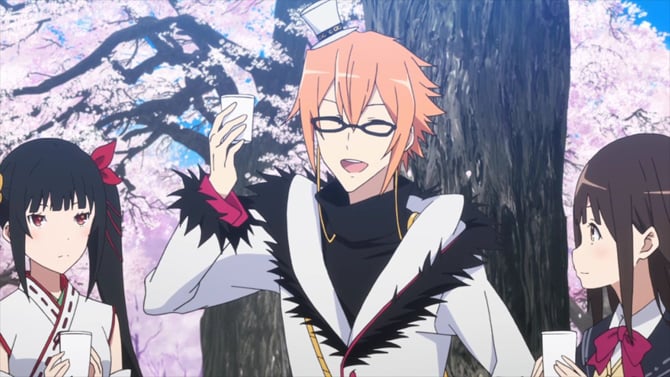 Conception: Ore no Kodomo o Undekure! (simply known as Conception) is an action anime television series which is based on a role-playing game (RPG) of the same name. Developed by Spike, the game was released exclusively for the PlayStation Portable (PSP) platform on April 26, 2012 and went on to become quite popular in Japan. Seven years later, a remastered version of the game, titled Conception Plus: Ore no Kodomo o Undekure!, was released for the PlayStation 4 platform in Japan on January 31, 2019, and worldwide release is slated to take place in November 2019. Months before the release of the remastered game, famed Japanese animation studio announced plans to adapt it into an anime television series and subsequently, Season 1 of Conception premiered on October 10, 2018. While the anime adaptation was not a highly rated it show, it found favour among fans of the game, and fans are now waiting to hear news on a second season. Here’s everything we know about the prospects of Season 2 of Conception thus far.

Conception Season 2 Release Date: When will it premiere?

Conception season 1, consisting of 12 episodes, premiered on October 10, 2018 and ran till December 26 of the same year. Although the not-so-highly-rated show managed to endear itself to fans of the video game franchise, a second season has not been announced yet and it remains to be seen whether the show gets a second season.

The fact that the original game has seen a sequel – Conception II: Children of the Seven Stars – and a remaster being made could indicate that the creators have some desire to create a successful multimedia franchise based on the original game. If such is the case, a second season could well be on the cards. However, the probability of a second season being made will also depend on how successful Season 1 was in financial terms, and that is something we are currently in the dark about. As a result, it is nearly impossible to say whether the show will make a return or whether it will be snipped at the bud. We’re keeping our ears open for news on Conception season 2 release date and we’ll update this section as soon as we hear something reliable.

For those who like watching anime shows in English, the good news is that Conception has a pretty great English dub which was made keeping the show’s international fanbase in mind. If you want to watch the show in English, you can find dubbed episodes on Funimation and Crunchyroll.

Conception has a bizarre premise and revolves around the life of a high school student named Itsuki Yuge.

On his graduation day, Itsuki’s cousin Mahiru tells him that she is pregnant. Before Itsuki can even come to terms with what is going on, a gate of light emerges out of nowhere and transports them to a strange and unknown realm known as Granvania.

As Itsuki tries to learn more about the strange world he now finds himself in, he learns that Granvania has been corrupted by entities known as “Impurities” and that the fate of Granvania itself is under threat by these Impurities which have been causing disturbance to the Stars. Itsuki’s role in this? He is tasked with seeking out the twelve Star Maidens in the land and producing Star Children so that these special children can take the battle to the Impurities and save Granvania from a grim fate. The catch is that if Itsuki fails in his task, he might never return home.

Owing to the fact that the show is based on the original RPG, the characters don’t have much depth and are mere anime adaptations of the video game characters. In other words, they are simply functional to the plot of the show. Below, we’ve provided you with brief backgrounds on some of the important characters.

Itsuki Yuge: The main protagonist of the show, Itsuki is a high school student whose graduation day goes horribly wrong. On his graduation day, he comes to know about his cousin’s pregnancy, and as soon as she breaks the news to him, a gate of light appears from nowhere and transports the duo to a fantastical world known as Granvania. Once there, Itsuki learns that he has been tasked with seeking out twelve Star Maidens and producing Star Children with them, so that these special children can purify Granvania of the Impurities which have pushed the realm to the brink of destruction. To his dismay, Itsuki also learns that he has no chance of getting back home till he completes his task.

Mahiru Konatsuki: Another important character in the show, Mahiru is Itsuki’s cousin and studies in the same school as him. In a bizarre incident, she discovers that she is pregnant and when she tells Itsuki about her predicament, she finds herself transported to Granvania along with him. Once there, Mahiru learns that she has been chosen to become one of the Star Maidens, and like Itsuki, she cannot return to Earth until Granvania is cleansed of the Impurities which threaten its fate.

Read more in anime preview: That Time I Got Reincarnated as a Slime