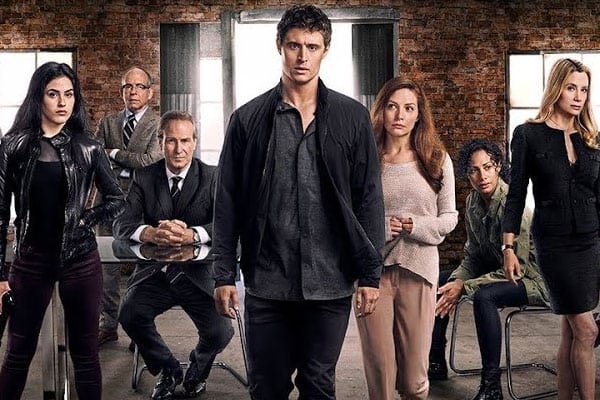 ‘Condor’ is an American spy thriller television series that airs on the AT&T-owned Audience network. Created by Todd Katzburg, Jason Smilovic, and Ken Robinson, the series is based on James Grady’s 1974 novel, Six Days of the Condor, and its 1975 film adaptation, ‘Three Days of the Condor’, directed by Sydney Pollack and written by Lorenzo Semple Jr. and David Rayfiel.

A very recent show, Season 1 of ‘Condor’, consisting of 10 episodes, first made its way to viewers’ screens on June 6, 2018, and it saw its conclusion on August 15, 2018. Season 1 of the show was received quite favorably by television critics and audiences alike. Understandably, midway through Season 1, Audience renewed the show for its second season, which is slated to premiere sometime in 2019. Here is everything we know about Season 2 so far.

Condor Cast: Who is in it?

The show focuses on the exploits of CIA analyst turned hardened agent Joe Turner, who is played by Max Irons for the most part. In certain sequences, Marko Vujicic plays the role of a young Joe. Commenting on taking on the role of Joe, Irons had earlier told Collider, “I had to learn to use weaponry, which I didn’t enjoy. I thought I would. I thought the inner child would come out, but not at all. Guns are really scary. Being in a room with hundreds and seeing bullets everywhere is scary. And there’s the fighting and running. Also, there’s the American accent. There was a little training there. But it was more sitting in front of textbooks and trying to get an overview of what the CIA have been doing, around the globe, for the past 90 years, at least what’s been reported.”

The main cast members aside, there are dozens of recurring cast members in the show, some of whom include Katherine Cunningham as Kathy Hale, Brendan Fraser as Nathan Fowler, Gage Graham-Arbuthnot as Jude Barber, Kristoffer Polaha as Sam Barber, Steve Belford as Manfredi, Jamie Robinson as The Watcher, Christina Moses as Sharla Shepard, Gabriel Hogan as Boyd Ferris, and Ellen Wong as Sarah Tan. Further, Season 1 of the show also saw several guest appearances from the likes of Julian Black Antelope, James McDougall, Roger Dunn, Allison Hossack, among others.

In Season 2 of ‘Condor’, we expect all the main cast members to make a comeback and reprise their roles. You could also expect some noteworthy guest appearances.

Condor Plot: What is it about?

The story revolves around Joe Turner, a naive CIA analyst with dreams of reforming the agency. Despite his naivety, Joe is a brilliant analyst who ends up developing an algorithm for the CIA, which the agency starts using to identify possible national security threats. As Joe’s algorithm starts to deliver results, Joe uncovers a secret that threatens the lives of millions. This discovery, however, upsets shadowy and powerful people, who send a team of professional assassins to get rid of Joe and his team. Although his entire team gets massacred by the assassins, Joe manages to escape unscathed and is forced to go on the run.

Left with no option and no respite from the relentless assassins, Joe has to step down from his ivory tower and reinvent himself in the face of his newfound, unforgiving circumstances. As he is forced into a battle for survival against some of the most dangerous elements in the military industry, Joe has to abandon his former principles and play dirty, doing things he never imagined he would have to do. It is precisely when Joe is confronted with this life-or-death reality that he realizes that he other, lethal skills, besides being an analyst. As he makes the transition from a desk-job geek to a full-blown, precise, and calculating field agent, Joe finds his idealism and his allegiances tested.

In the upcoming season of ‘Condor’, we expect to learn more about the shadowy figure who is behind the aforementioned sinister plot to kill millions. Of course, we can expect more gunfights, car crashes, drama, and fight sequences, all of which are cohesively blended with the show’s narrative.

As far reception goes, ‘Condor’ has made a great impression among television critics, who gave Season 1 of the show a score of 85% on Rotten Tomatoes. ‘Condor’ also appears to be quite popular among audiences, and it boasts a good rating of 7.8/10 on IMDb. Unsurprisingly, expectations from Season 2 are quite high.

Condor Season 2 Release Date: When is it coming out?

Season 1 of ‘Condor’ premiered on June 6, 2018, and while viewers were glued to their screens following to exploits of Joe Turner, Deadline, on July 27, 2018, reported that the show had been greenlit for a second season. No release date has been announced as of now, and the only thing we know is that ‘Condor’ is slated for release in Fall 2019.

Since only one season of the show has been released thus far, there is also no extant pattern that can be used to predict the release date. As a result, we are completely in the dark as to when ‘Condor’ Season 2 will be released. However, according to Your Countdown To, ‘Condor’ Season 2 is slated to be released on August 21, 2019, although this is not officially confirmed. We are on the lookout for news pertaining to the release date of Season 2, and we’ll update this section when reliable information on the same surfaces.

While we wait for Audience to announce a release date for ‘Condor’ Season 2, here is the announcement trailer for Season 2 to give you a glimpse into what awaits you in the upcoming season. We will update this section when Audience releases a full-length trailer for Season 2.