Will There be Connected: The Hidden Science of Everything Season 2? 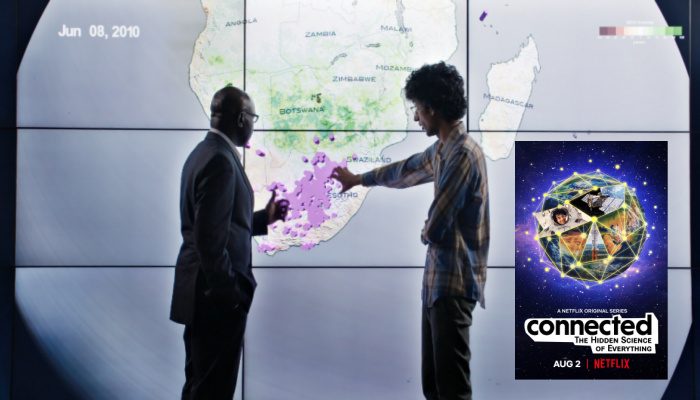 In a fascinating bit of news for science nerds, Netflix launched ‘Connected: The Hidden Science of Everything’ — a documentary that gives you the golden chance to expand your knowledge. The show narrates the different ways in which we ‘connect’ to each other. In the episodes that dropped in August 2020, we learn how the air and online habits can affect our bodily functions! It also sheds light on how seemingly unrelated events like shipwrecks, election drama, galaxies, have a role to play in our regular life. Well, after one season of multiple thought-provoking lessons, we are eager to watch more seasons from the show. Right? But is there any possibility of a second edition. Time to dive right in!

‘Connected: The Hidden Science of Everything’ season 1 released on August 2, 2020, on Netflix. It consisted of six episodes. If you have watched the show, you will realize that there’s so much more this particular series can cover. After all, there’s no end to mysteries on our incredible planet. Moreover, ‘Connected’ served as the perfect weekend marathon for science enthusiasts. It opened to good reviews from fans interested in enhancing their existing knowledge base. Therefore, we are positive that news of a renewal should arrive in the coming months. Once that happens, we can expect ‘Connected’ season 2 to release sometime in Summer 2021.

Connected: The Hidden Science of Everything Season 2 Host

Science journalist Latif Nasser serves as the sole host of ‘Connected’ and he is expected to return in the second season as well. Nasser is the Director of Research at the New York-based Public Radio show ‘Radiolab’. Here, he is seen narrating stories, ranging from snowflake photography and medieval robots to a polar bear who had a sexual fantasy for grizzly bears. He has additionally hosted ‘The Other Latif’, given two TED talks, penned the Ideas section for Boston Globe, and had earned his Ph.D. from Harvard’s History of Science department.

What Can Connected: The Hidden Science of Everything Season 2 be About?

The first season of ‘Connected’ explores the intriguing ways in which we are connected to each other, to the world, and to the universe as a whole. The episodes reveal multiple interesting facts like how a single Google search uses up the same amount of energy as a standard LED lightbulb that has been powered on for three minutes. Again, host Nasser explains how the clouds in the sky are similar to the cloud used to store data. One episode tells us that the Sahara Desert’s dust somehow nourishes the Amazon rainforest.

Alongside enriching us with so many fascinating scientific tidbits, ‘Connected’ follows Nasser as he jokes about where the queen’s poop goes, Beyoncé and Benford’s Law, and an elevator. We hope season 2 embraces this same entertaining and informative format and continues telling us more amazing stories from this wonderful, interlinked planet!