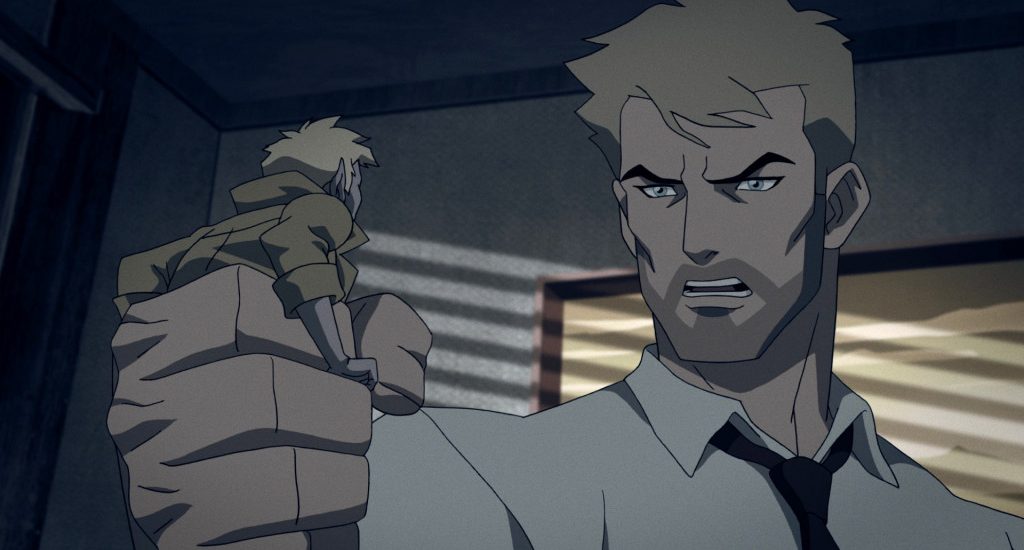 Out of the myriad characters of DC Comics, John Constantine is one of the most interesting ones. This is why, he has had both, live-action and animated movies and TV shows featuring his story. ‘Constantine: City of Demons’ was another in line of those adaptations. Written by J. M. DeMatteis, who has served as a writer for comic books of both DC and Marvel, the series follows the adventures of the occult detective as he tries to uncover the mystery of the demons who capture human souls. It is a spin-off of another animated series, ‘Justice League Dark’, and is not connected to the live-action series.

Greg Berlanti, who also helms other shows of the Arrowverse, serves as executive producer alongside David S. Goyer (screenwriter for DC movies like ‘The Dark Knight’ trilogy, ‘Man of Steel’ and ‘Batman vs Superman’), Sam Register and Sarah Schechter. Berlanti is also known for his work with shows like ‘Dawson’s Creek’, ‘Riverdale’, ‘The Chilling Adventures of Sabrina’ and ‘You’. Goyer has been a part of video games like ‘Call of Duty’ and also serves as the screenwriter in the upcoming ‘Terminator: Dark Fate’.

Constantine City of Demons Cast: Who’s in it? 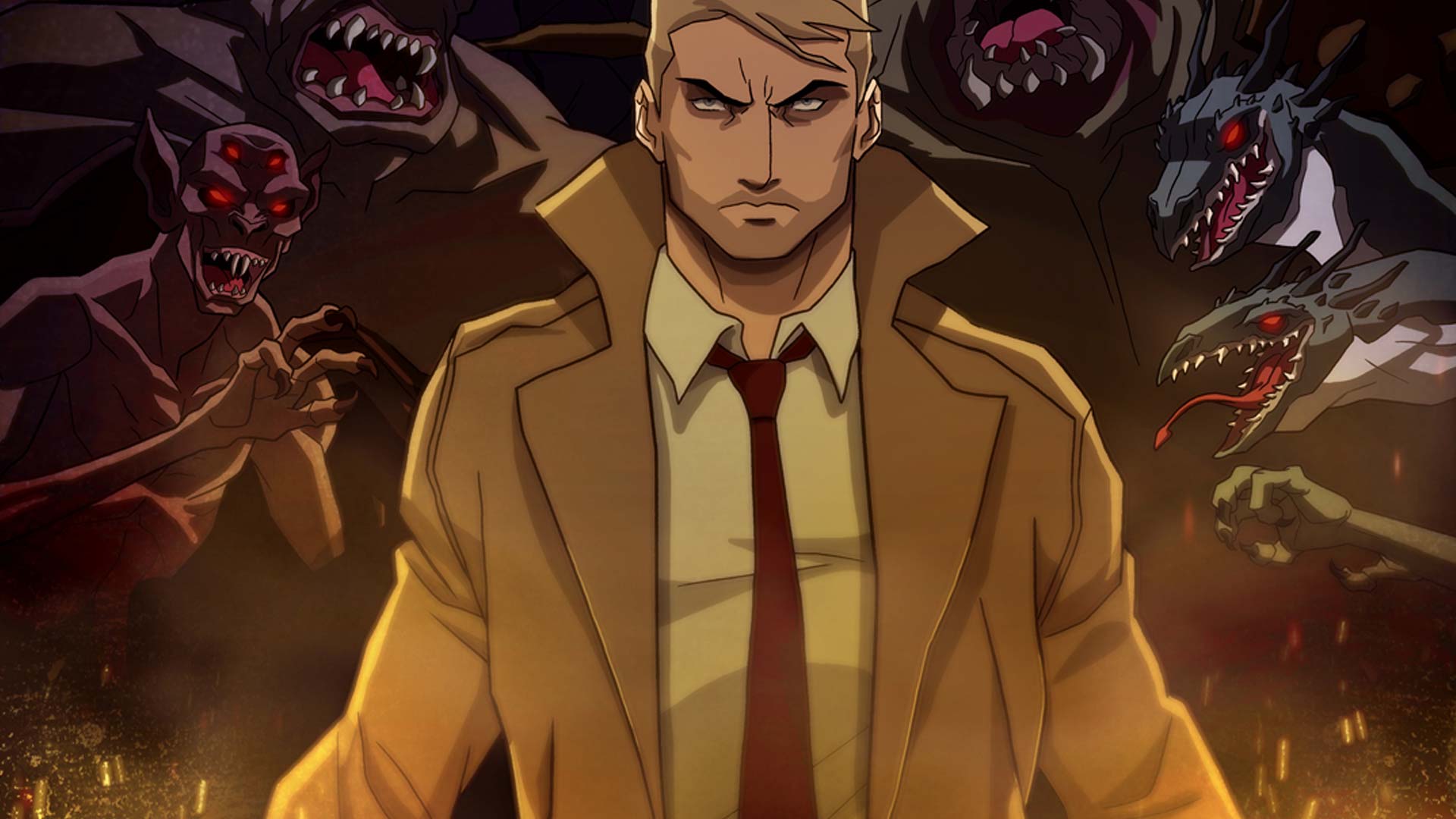 Matt Ryan lends a voice to the lead role, John Constantine. He also plays the character in NBC’s live-action series and other shows of ‘Arrowverse’. Ryan has appeared in TV shows like ‘The Tudors’, ‘Arrow’, ‘Legends of Tomorrow’ and ‘The Halcyon’. He has also amassed considerable experience from his time in theatre.

Damian O’Hare serves as the voice of Chas Chandler, Constantine’s confidant and side-kick. He is best-known for his role in the ‘Pirates of the Caribbean’ movies. Apart from being a familiar name in theatre, has also worked in TV shows like ‘NCIS’, ‘Agent Carter’, ‘Hell on Wheels’ and ‘The Royal’. He has also voiced characters in video games like ‘The Witcher 2’, ‘Assassin’s Creed’ and ‘Killzone 3’.

Laura Bailey serves as the voice of multiple characters. Her other voice credits include titles like ‘Dragon Ball Z’, ‘Naruto’, ‘Shin-Chan’, ‘Fullmetal Alchemist’, ‘Soul Eater’. She has breathed life into famous characters like Black Widow, Catwoman and Supergirl.

Emily O’Brien is the voice of Renee Chandler. O’Brien is best-known for her role in ‘The Young and The Restless’ and has voiced characters in video games like ‘League of Legends’, ‘Final Fantasy XIV’, ‘Guardians of the Galaxy: The Telltale Series’, ‘Batman: The Enemy Within’ and ‘Call of Duty’.

Rachel Kimsey gives voice to the Queen of Angels. Kimsey’s other voice credits include video games like ‘Spider-Man 3’, ‘Call of Duty: Black Ops III’, ‘Zero Time Dilemma’, and has served as the voice of Wonder Woman in ‘Justice League Action’. She has also appeared in TV shows like ‘Masters of Sex’, ‘Consequences’, ‘Days of Our Lives’, ‘NCIS’ and ‘The Young and the Restless’.

Robin Atkin Downes is the voice of Nergal, the primary antagonist of the show. Downes has given voice to characters in ‘Transformers: Revenge of the Fallen’, ‘How to Train Your Dragon’, ‘All-Star Superman’, ‘Batman: Year One’, ‘Lego Marvel Superheroes: Maximum Overload’, ‘Suicide Squad’, ‘Batman: The Killing Joke’, ‘Thundercats’ and many video games.

Jim Meskimen serves as the voice of Beroul and various other characters. Apart from being a part of many video games, he has also been the voice of characters in ‘How the Grinch Stole Christmas’, ‘Transformers: Dark of the Moon’, ‘Justice League: Doom, ‘ThunderCats’, ‘Teenage Mutant Ninja Turtles’, ‘The Loud House’.

Rick Wasserman lends his voice to Mictlantecuhtki, an Aztec god. Apart from a successful career in theatre, Wasserman has also been a part of some of the most popular video games. He also provides a voice to characters in ‘The Avengers: Earth’s Mightiest Heroes’, ‘Scooby-Doo! Mystery Incorporated’ and ‘Justice League vs Teen Titans’.

Constantine: City of Demons Plot: What’s it about?

The story begins with Constantine losing the soul of a young girl named Astra to a demon called Nergal. Learning from his mistakes, he masters the art of exorcism. Years later, Chas Chandler finds and urges him for help. Chandler’s daughter, Tricia, has slipped into a coma and when Constantine takes a look around, he senses that it might have something to do with demons. Further investigations reveal that a demon named Beroul has Tricia’s soul and the one lying on the hospital bed is just a body. The demon has done this to many other people. In order to give back their souls, Beroul demands Constantine to do a favour for him. He wants him to get rid of some other demons, who are his rivals in business. Constantine agrees to do so. However, can you ever trust a demon! Turns out, Beroul has a secret and the reason for him to get into an agreement with Constantine has far-reaching effects than just the profit to his business. Constantine has to figure it out before it’s too late before his soul is taken away by the demon.

Constantine City of Demons Season 2 Release Date: When will it premiere?

‘Constantine: City of Demons’ season 1 premiered on March 24, 2018. It opened to great reviews from critics and was loved by the audience. A follow-up film was released on October 9, 2018. As of now, there have been no formal announcements of the next season. For sure, there is a lot of material available and if so wished, the network might as well pick up another season. Our best guess is that the show will get renewed soon and ‘Constantine’ season 2 can release sometime in 2020. We will update this section as soon as we hear more.

If you are a fan of the show and can’t wait for another season, you should head over to CW Seed and catch all its episodes. Here is the trailer to remind you of the dark world you’ll re-enter.