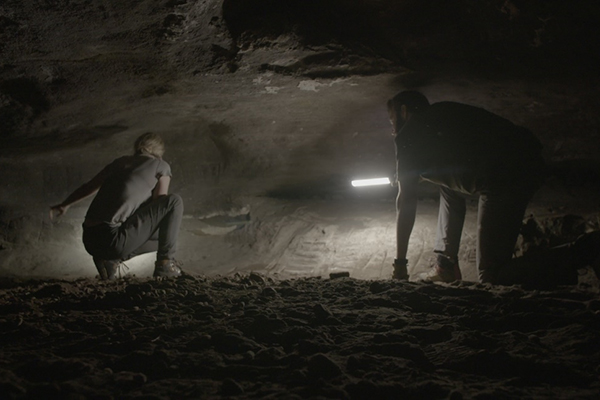 Have extraterrestrials ever landed on earth? Have aliens ever made contact with this planet? This is an age-old question that has been plaguing both commoners and experts alike since generations. Well, seeking an answer, Discovery launched the scientific documentary, ‘Contact’, which aims to explore this matter.

The show follows six extremely trained investigators who delve deeper into clues that have failed to offer any definitive conclusion to numerous scientists, government officials, explorers, religious leaders and populations across the world searching for answers.

‘Contact’ season 1 premiered on Wednesday, August 7, 2019. You can watch all the episodes on Discovery Channel or on Science Channel. The show has 8 episodes in total.

Ever since we read our first science fiction novel, we had been waiting for that moment when authors Myke Cole and Michael Livingston would actually set off to find aliens. Well, on ‘Contact’, the duo joins hands in order to unearth proof that extraterrestrials had, in fact, contacted humanity. Cole, a veteran intelligence officer from the FBI, CIA, and DIA, was the leading man behind the Baghdad Fusion Cell and was part of the division that took down Osama bin Laden. With excellent know-how of intelligence analysis and armed with the knowledge about Top Secret programs to investigate UFOs that are far above human technological capabilities, he wants to use his experience in this rigorous mission.

On the other hand, Dr. Livingston, professor at the South Carolina Military College, The Citadel, holds an extensive understanding of conflict analysis, military history, and invasion theory. He is well-versed in document analysis and interpretation and uses the technique of “all-source analysis” to decode government documents that are invaluable to carry out this investigation.

Joining them are prominent astrophysicist and international space journalist Sarah Cruddas and former USMC special ops intel officer, Nick Karnaze. Karnaze graduated from the United States Naval Academy in 2004 and had served with the U.S. Marine Corps from 2004 to 2011. He was majorly a part of the Marine Corps Forces Special Operations Command (MARSOC). He has also been deployed to Afganistan twice, which included one with the Marine Raider Battalion.

Trained as a full-source intelligence officer, he knows how to create actionable intelligence from human networks. Space journalist Cruddas is an award-winning author, has an astrophysics background, and is a global thought leader in the sector of commercial space. She has worked as a BBC Correspondent and has traveled the world — from the Arctic Circle to North Korea, China, Europe, and Australia. Her experiences with consulting and reporting the necessity of space exploration to military leaders and political ambassadors, make her an invaluable addition to the crew.

The question of whether aliens have ever contacted this planet has always had a mixed reaction from people. While many do believe this theory and cite the examples of multiple sightings to validate their statements, there is no solid, evidential proof to prove such claims. Discovery’s ‘Contact’ attempts to give a conclusive answer to the hypothesis by launching an all-inclusive investigation.

As the episodes unfold, we follow an expert team of six trained investigators, embarking on a quest across the world to track down leads on possible extraterrestrial contact. They break down the gathered evidence via CIA targeting and conflict analysis. Other techniques featured on the show include advanced software, investigative techniques used by the military special operations, and boots-on-the-ground journalism. According to Discovery, this is the “first-ever global investigation to determine whether or not aliens have made contact here on Earth.”

‘Contact’ is a ground-breaking documentary from several aspects. Introducing a “radical, new and comprehensive approach”, it combines expansive data with authentic accounts from credible eyewitnesses and findings from declassified government reports. The investigators accumulate empirical evidence, including unseen “footage of fast-moving objects, patterns in social media sightings that coincide with seismic activity or eyewitness accounts that connect to evidence from the past.”