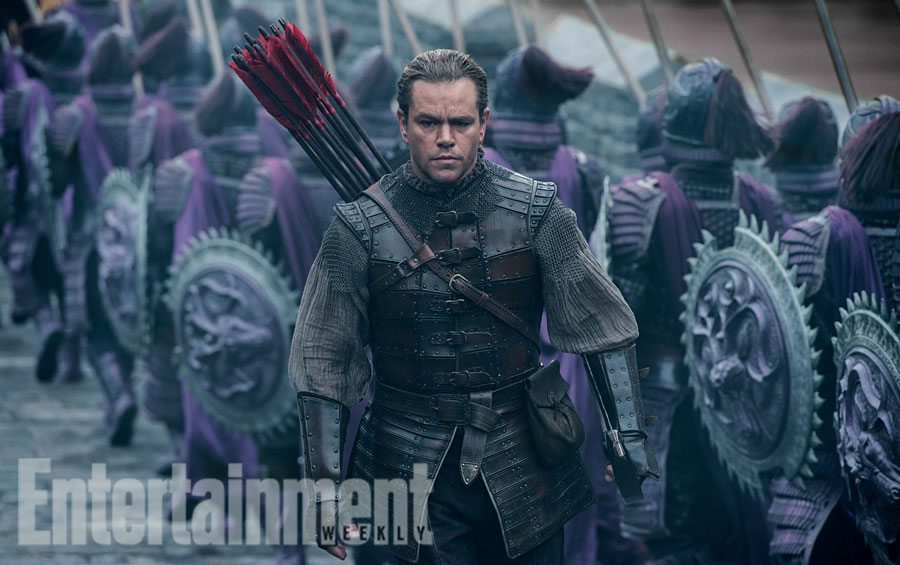 The trailer of Matt Damon’s upcoming film ‘The Great Wall’ has caused a controversy that Hollywood is very familiar of: “whitewashing”. For those who are not familiar with the term, “whitewashing” in movies is the casting practice in which white actors are cast in historically nonwhite character roles. A similar controversy erupted when Scarlett Johansson’s was cast in a remake of the Japanese anime classic ‘Ghost in the Shell’; Tilda Swinton’s casting as the originally Tibetan Ancient One in ‘Doctor Strange’; and when Christian Bale played an Egyptian prince in the Ridley’s Scott film ‘Exodus’.

‘Fresh Off the Boat’ star Constance Wu criticized the China-set action-fantasy for casting Matt Damon in the lead role. She wrote on twitter: “We have to stop perpetuating the racist myth that [only a] white man can save the world,” Then she went on to write “Our heroes don’t look like Matt Damon. They look like Malala. Ghandi. Mandela. Your big sister when she stood up for you to those bullies that one time. We don’t need salvation. We like our color and our culture and our strengths and our own stories.”

She also wrote “Why do you think it was so nice to see a nerdy white kid have a girl fall in love with him? Because you WERE that nerdy white kid who felt unloved. And seeing pictures of it in Hollywood’s stories made it feel possible. “Hollywood is supposed to be about making great stories. So make them.”

I couldn’t agree more with her. Hollywood has long been propagating this myth that “white” characters can play “any race”. For many this may not seem a big deal, but just imagine if let’s say Jackie Chan played the role of Bill Clinton in a biopic. What if Constance Wu, herself, played Hillary Clinton in the same film. Such a casting would create a massive furore so much so the film will never get made. “How can asian actors play white characters?” many would question. Exactly! That shouldn’t happen. So, why are white actors playing asian roles ? Think about it.

In any case, enjoy the trailer here. ‘The Great Wall’ is a mystery centered around the construction of the Great Wall of China. Along with Matt Damon, William Dafoe, Pedro Pascal and Andy Lau star in the film.