‘Cosmos’ is Coming Back. Here Are the Details. 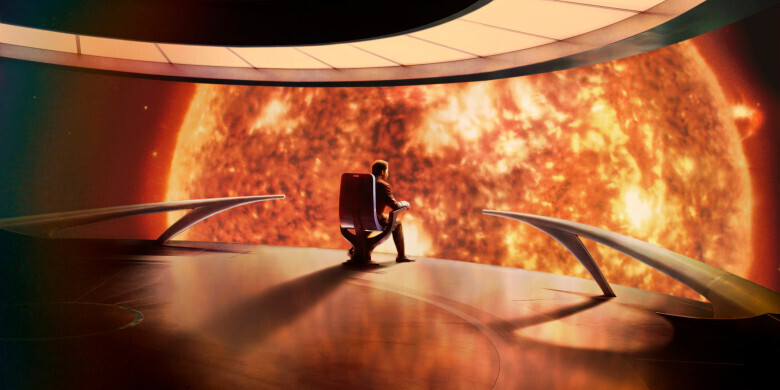 World-renowned Astronomer Carl Sagan and his wife Ann Druyan’s gift to the rest of mankind, ‘Cosmos’ has been changing the way we humans think, since its inception under the title ‘Cosmos: A Personal Voyage’ in September 28, 1980. Because of its then-groundbreaking special effects and thought-provoking scientific explorations, the show instantly became a global phenomenon. And to continue late Sagan’s legacy, Seth MacFarlane produced a follow up, in March 2014, titled ‘Cosmos: A Space Odyssey.’

Although the second season couldn’t keep up with Sagan’s impassioned scientific narration, it fared well among the critics, receiving several awards. Since 2014, fans have been waiting in anticipation for the third season. Well, we can assure you that the wait is over and ‘Cosmos’ is finally returning. To know about the release date and other details of ‘Cosmos’ season 3, read on.

As far as season 3 is concerned, it was initially supposed to release on March 3, 2019, but was put on an indefinite hold after multiple sexual assault allegations surfaced against its host Neil deGrasse Tyson. However, after investigating the issue, Nat Geo Channel released a statement, that read: “The investigation is complete, and we are moving forward with both ‘StarTalk’ and ‘Cosmos.'”

‘Cosmos’ season 3, titled ‘Cosmos: Possible Worlds,’ is all set to release on March 9, 2020, on Nat Geo. It is slated for a summer release on Fox. The show will consist of the usual 13 episodes with a runtime of 45-50 minutes.

Original creator Ann Druyan, and Brannon Braga serve as writers and directors of the show.

Season 3 will see the return of famed astrophysicist Neil deGrasse Tyson as the fascinating host. There are a few actors from season 2, who return to lend their voices to the re-incarnations of several grand contributors to the field of space and science. The returning voice actors in season 3 are Seth MacFarlane (‘The Orville,’ ‘Family Guy’) as President Truman, and Sir Patrick Stewart (‘Star Trek,’ ‘X-Men’) as German-British astronomer Frederick William Herschel. We can also expect to see some archival footage of Carl Sagan, in his natural habitat.

What can Cosmos Season 3 be About?

In season 2, we see Neil discussing the elements of space using Sagan’s book as a footprint, delving deep into the teachings of the “gatekeeper of scientific credibility,” while also introducing other theories. Throughout the season, Neil takes the audience on a journey, exploring the evolution of life, cosmic order, milky way, black hole, speed and nature of light, relevance of molecules and atoms, palaeogeography of Earth, life on other planets, electromagnetism, among others.

No one has explained the cosmos and other-worldly mysteries as better as Sagan. Although he is no more, his theories and demonstrations help us understand the current cosmic scenario, while preparing us for the inevitable. Just like the second season, Season 3 might also use the same elements such as the Ship of the Imagination and the Cosmic Calendar to take the viewers through past, present and future.

By using extensive CGI, top notch animation, dramatic re-enactments, augmented reality, rocketing score, season 3 might navigate the unknown – starting from the very beginning of the universe, to the present, and proceeding to the 2039 New York World’s Fair. We can expect season 3 to saunter far away from the Earth, into the other possible worlds. From the deepest part of the ocean to the widest void of space, it might cover everything we can and can’t possibly think of.

The official description of the show states: “Visit an open house in the first apartment ever built and climb a 10,000-year-old stairway to the stars. Return to the foreboding ‘Halls of Extinction,’ with living dioramas of the broken branches on the tree of life, and venture to the new, glorious ‘Palace of Life,’ with its soaring towers filled with vibrant marine creatures. Stand beneath its ‘Arch of Experience’ to know what it’s like to soar with the eagles or swim with the whales on their epic voyages.”

Check out the breathtaking trailer of ‘Cosmos’ season 3!