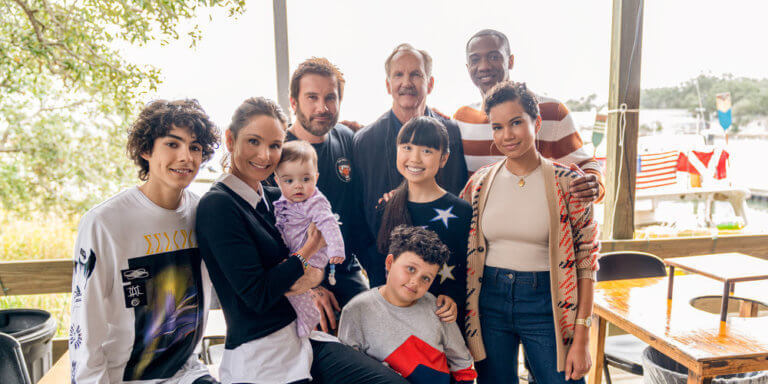 A Joan Rater and Tony Phelan creation, ‘Council of Dads,’ is a heart-wrenching family drama that has managed to garner a decent fan-base in just the first two episodes. It follows the lives of the members of the Perry family, as their terminally ill patriarch, Scott Perry, assembles a council of dads, comprising three of his friends to act as pseudo dads to his five children, when he passes away. So far, we have seen the council dads stepping into their respective roles by being there for their friend’s family after his passing.

Four months have passed since Scott’s death, and the Perry family are still adjusting to their new lives with Anthony, Oliver, and Larry, despite still reeling over the absence of their father. Luly, the eldest daughter, is now married to Evan from her workplace. Robin is worried about assuming dual roles for the sake of her kids. In the latest episode, in a gasp-inducing reveal, we learn that Anthony is probably the father of one of the Perry kids, the ambitious and straight-forward, Luly. Now, you must be wondering about what goes down in the upcoming episode, i.e., Council of Dads episode 3? Well, we are here to help you with that.

Where to Watch Council of Dads Episode 3 Online?

You can watch the ‘Council of Dads’ episode 3 by tuning to NBC at the above-mentioned time. You can also catch the show on NBC’s official website and the NBC app. If you don’t have a cable subscription, you can watch the show on Hulu, DirecTV, and Fubo TV. ‘Council of Dads’ is also available as a VOD service on YouTube TV. You can also stream the episodes on Sling TV.

The upcoming episode is titled ‘Who Do You Wanna Be?’

In the next episode, Robin, Oliver, Anthony, and the rest of the Perry clan might be taken by surprise after Larry offers Robin a deal that can significantly change the undertakings of the Crab Shack. To gain recognition from her colleagues in the writing group, Luly might start working on a write-up revolving around her family. While doing so, she might even confront Anthony, asking him to spill the beans about her father.

Anthony might get worried about the consequences if Luly somehow learns about his and Scott’s secret. Will Michelle be the one to tell Luly that Anthony is her biological father? How will that change the family dynamics? Meanwhile, Luly’s husband Evan, might consider returning to school. Oliver might make an effort to bond with Scott and Robin’s temperamental son, Theo.

In a bid to fulfill his responsibility as a pseudo-dad, Oliver might realize that he isn’t giving much time to his own family. Elsewhere, Gladwell Restaurant Group’s smart and witty executive manager, Margot, might end up getting closer to Chef Anthony, while Oliver can have a heart to heart with Peter Richards, the love of his life.