What to Expect From Council of Dads Episode 6? 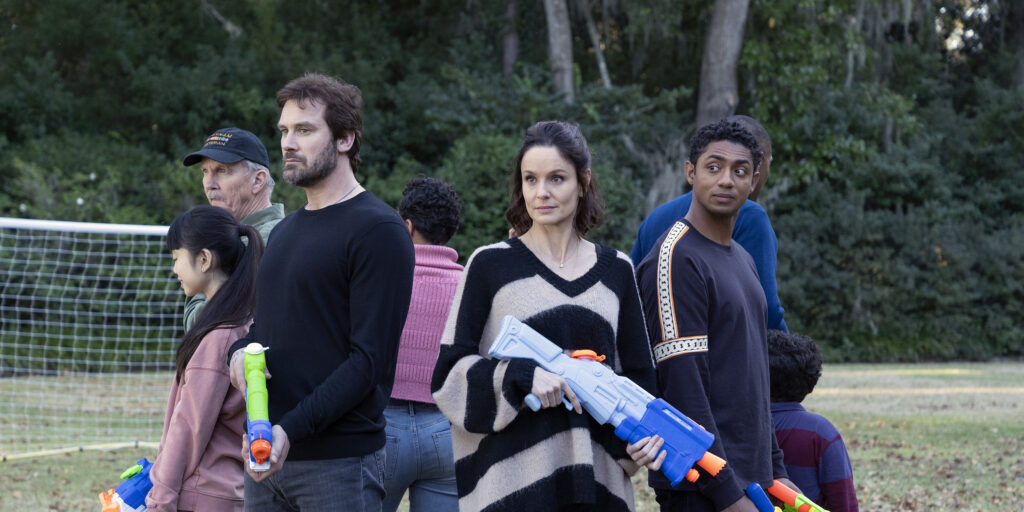 Council of Dads’ is lauded for its honest and responsible portrayal of grief from each character’s perspective. However, the latest installment takes a detour from the show’s true nature by offering a potpourri of emotional arcs that feels chaotic at times. Titled ‘Traditions,’ the episode demonstrates how the Perrys celebrate Halloween, Thanksgiving, Christmas, and New Year’s Eve in the absence of their father. Theo gets in trouble with the police because of his underage drinking and reckless partying with friends from the grief group. Luly is still trying to reconnect with her adoptive family, who seemingly wants nothing to do with her.

Thankfully, Peter and Oliver mend their differences and get together during the holidays. Anthony, on the other hand, gets dumped by his new-flame, Margot, because of his confused attitude about their relationship. At the beginning of the holiday season, Robin and Sam seem to enjoy each other’s company, and just when things start to look serious, Sam reveals to Robin that he is considering a reconciliation with his ex-wife. Thus, on New Year’s Eve, Robin is left alone with a broken heart that had just started to heal. In case you are wondering about what goes down in the upcoming episode, i.e., ‘Council of Dads’ episode 6? Well, we are here to help you with that.

Where to Watch Council of Dads Episode 6 Online?

You can watch the ‘Council of Dads’ episode 6 by tuning to NBC at the above-mentioned time. You can also catch the show on NBC’s official website and the NBC app. If you don’t have a cable subscription, you can watch the show on Hulu, DirecTV, and Fubo TV. ‘Council of Dads’ is also available as a VOD service on YouTube TV. You can also stream the episodes on Sling TV.

Get ready for a highly emotional episode next week! In the episode, we can expect everyone to fear for Charlotte’s safety as she lies unconscious in the hospital bed after collapsing on the ground while having a fun-filled water-gun fight session with her family. It will be senseless to ignore the fact that Charlotte is already going through a hard time after her father’s demise, which might have triggered a heart complication, causing the accident. As she might need urgent surgery to evade further damage, the Perrys and the Council will pull out all stops to make it happen.

Luly will finally come face-to-face with her original adoptive parents, which might force her to make some life-altering decisions. Also, can Robin please just focus on her kids, for once? I understand things are rough right now, and she is going through a lot of emotional stress and physical exhaustion while trying to step into two roles at once. But this doesn’t change the fact that as their mother, Robin needs to let her children grieve in their own way, and instead of lashing out at them, Robin must offer more compassion and support. Like, for instance, if she doesn’t mend her relationship with Theo, he might go down the dark path to the point of no return. It’s time to wake up and smell the coffee, Robin!