What to Expect From Council of Dads Episode 9? 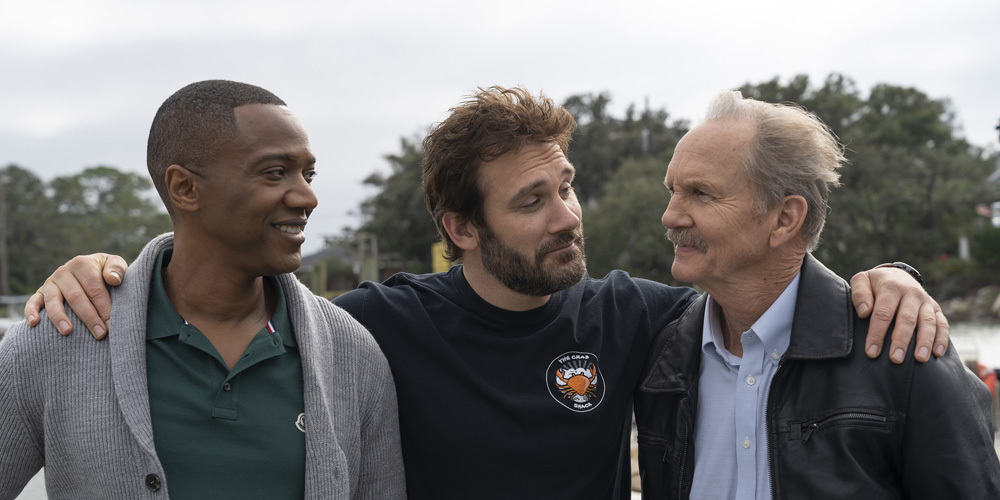 Created by Joan Rater & Tony Phelan, ‘Council of Dads’ is based on Bruce Feiler’s eponymous best-selling novel. The show has received a positive response from the audiences and critics for its engaging storyline that is laced with wide-ranging themes. In the latest episode, an enraged Robin asks Anthony to go to Las Vegas. Larry tries to stop Anthony from leaving without talking to Luly, but he boards the flight anyway. Later, Robin, Larry, and Oliver tell Luly her that Anthony is her biological father. Luly gets shocked and leaves to meet Evan to make sense of the situation. Oliver and Peter meet up with Sage, the mother of the unborn baby they are planning to adopt.

Dazed and angry, Luly leaves for Vegas with Larry where she confronts Anthony at his workplace. The two have a heart-to-heart conversation and Luly forgives Anthony for everything. While trying to process everything, Luly pours her heart out in an article that talks about her experience. Robin directs her to delete it but the article has already been picked up by a newspaper. Robin and Sam take their relationship to the next level. Sage reveals to Robin that she has a health complication that could turn out to be fatal but asks her to keep it from Oliver. In case you are curious to find out what goes down in the upcoming episode, i.e., ‘Council of Dads’ episode 9? Well, we are here to help you out.

Where to Watch Council of Dads Episode 9 Online?

You can watch the ‘Council of Dads’ episode 9 by tuning to NBC at the above-mentioned time. You can also catch the show on NBC’s official website and the NBC app. If you don’t have a cable subscription, you can watch the show on Hulu, DirecTV, and Fubo TV. ‘Council of Dads’ is also available as a VOD service on YouTube TV. You can also stream the episodes on Sling TV.

It is about to go down in the next installment of the family drama. First things first, I would like to laud the fact that Luly handled the whole Anthony situation like a true adult. Let’s be honest, we all expected her to lose her calm and rain hell-fire on her biological father but thankfully, the “talk” went really well. Also, it’s great to see Larry putting so much effort into getting his daughter to forgive him for his past behavior. In episode 9, a deadly storm will hit the town and the lives of the Perrys will change forever. Luly’s article has already been published by a local newspaper before she could take it down from her site.

We can expect her to freak out about how her brothers and sisters would react if and when they discover the truth about her and Anthony’s relationship. Before she could inform her mother about the same, JJ and Charlotte might get hold of the newspaper and learn all about it after seeing Luly’s name on the article that is titled: ‘Dear Dad: A Daughter’s Letter to the Father who raised her.’ As far as the storm is concerned, the Perrys might shift to another place until the storm fades away. Luly might extend a hand to Larry on his mission to save his estranged daughter and granddaughter from the wrath of the storm.

Read More: Is Council of Dads a True Story?