Where is Counting On Filmed? 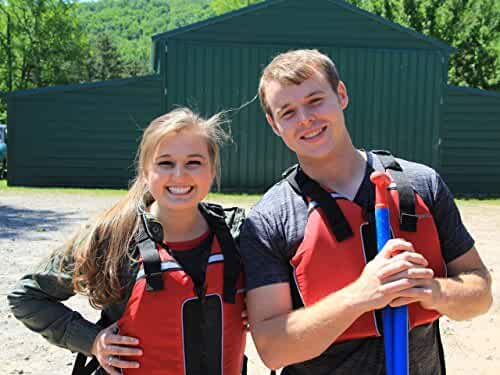 Out of the multiple sub-genre of reality television shows, one that has been extremely popular revolves around the routine lives of a particularly interesting family. There are shows focusing on celebrity families for instance. Of late, another kind of reality series that has gained popularity includes one focusing on an extra-large family with a higher number of members than most people’s extended families. TLC’s ‘Counting On‘ is one such show, but also a spin-off of a series of that kind.

To be clearer, ‘Counting on’ is a spin-off of ’19 Kids and Counting.’ As one might have guessed from the title, the latter focuses on a couple with nineteen children: Jim Bob and Michelle Duggar. On the other hand, ‘Counting On’ revolves around the oldest children of Jim Bob and Michelle as they (the children) start their own families and the count goes on. The show began by focusing on Jill Dillard and Jessa Seewald. However, its focus was soon expanded to include Joy-Anna Forsyth. Jinger getting married to Jeremy Vuolo was also depicted early on in the show.

Several viewers would have wondered where ‘Counting On’ has been filmed. Since the show focuses on the routine lives of its cast members, filming is mostly carried out in their house. Apart from that, when the cast members are depicted to be going out somewhere, filming is frequently carried out at the place that they go to too.

The Duggar family owns a lot of properties in Northwest Arkansas. Usually, they flip these properties by buying unsellable houses, renovating them, and then selling them for a higher price. For instance, a property was near a loud and busy highway. Jill Dillard stays in Lowell, Arkansas. She and her husband moved to the house when their family expanded. Apparently, they built their house from scratch.

“Papa, can you make me a colorful airplane please?” Sam asked Derick today. Of course how can you refuse that sweet little voice? A few seconds later it was finished and Derick was back to working on assignments for a summer class. . . It’s moments like these and so many more that make me fall in love with you again and again @derickdillard 🥰 . . 🥳 Happy Father’s Day to all dads, but especially to my hubby, my dad, & my father-in-law (who I never had the privilege of meeting). So grateful for all 3 of them and blessed by them in so many ways! 💙

🔨💡I finally hung up this lamp today. It was in my grandma’s stuff that my cousin @amyrachelleking gave to me after my grandma passed away last year. 🌅 . . I think it adds a cozy feel to this corner and I know I will be reminded of her, especially on nights like tonight when we are reading to the boys like she used to do but was never able to here in our new little home. 😔 💕 . . #milkbucket #lamp #grandmaduggar #cousins💕 Thanks Amy!

The main family house, on the other hand, is a 7,000-square-foot property in Tontitown, Arkansas. Apparently, Jana Duggar still lives in that house as she hasn’t been married yet and the Duggars have strict rules about moving out. Her Instagram handle confirms that.

Here’s a few behind the scenes, throwback pics from previous shoots! Grateful for all of our amazing crew members! 🤗 Don’t forget to tune in tonight and watch the new episode of “Counting On” on @TLC at 9/8c!

Apart from that, filming for ‘Counting On’ was also carried out in The Ravington in Centerton, Arkansas. Here, filming was carried out for a couple of episodes.

Filming for ‘Counting On’ has also been carried out in Los Angeles, California since this is where Jinger and Jeremy Vuolo. Jinger was the first Duggar kid to move out of Arkansas after marriage when she shifted to Laredo, Texas. However, the couple has now decided to stay in Los Angeles. According to local reports, they stay in a house in the San Fernando Valley. Their 2,000 square-feet house apparently costs the couple $4,000 a month to rent.

Her first Birthday song and cupcake. Look at that smile 😁

Jinger and I have been really encouraged by your responses to our podcast. Thanks for all of your feedback, as well. If you have any episode suggestions, we’d love to hear them!🙌🏼👇🏼 #thehopewehold