Country at Heart: Cast and Guide to Filming Locations 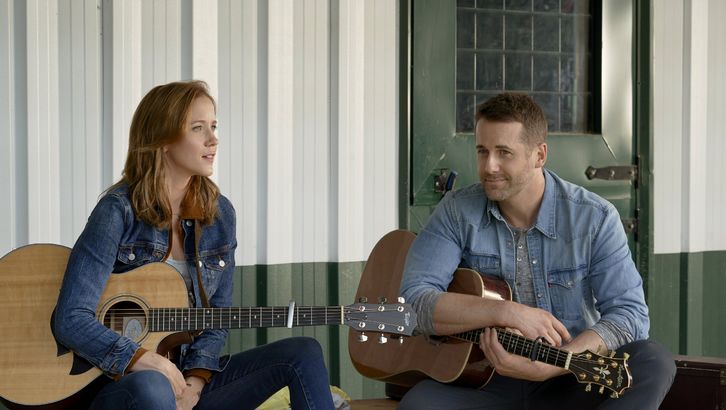 Hallmark has a fantastic collection of feel-good movies, and ‘Country at Heart’ is a notable addition to its roster. Despite some delays, the film has finally made its way to the network. The premise follows a struggling country singer who meets a Nashville songwriter. The latter needs inspiration, and the two partner up to work on music together. It results in a hit song after a complicated creative process, but the duo also finds true love.

The story is set in the countryside and depicts a small Tennessee town called Silverado. Naturally, you might be curious about whether ‘Country at Heart’ has been filmed on location. We have got you covered with all the news, and will also walk you through the film’s cast.

Despite being set in Tennessee, ‘Country at Heart’ has been filmed entirely in Canada. Specifically, filming has taken place in Ontario. A casting call went out, looking for actors to shoot scenes in the Nickel City. Shot in the Greater Sudbury area, performers were needed to be a part of a nighttime festival. Other parts of Sudbury, including the Grand Theater at 28 Elgin Street, also appears in the movie.

Rob Riselli, the film program and reporting supervisor at CION (Cultural Industries Ontario North), stated that “The incentives to come here are great for those producers.” A combination of factors like tax incentives and funding make Sudbury so attractive as a filming location. Apart from Sudbury, some scenes have been shot at Powassan. You can check out a post by a cast member while filming took place in Sudbury.

Hallmark also has a clip that takes us behind the scenes of ‘Country at Heart.’ It becomes evident that the Northern Legacy Horse Farms in Ontario becomes the perfect setting for this sylvan romance.

The primary characters are Shayna, the struggling songwriter, and Grady, the singer looking for inspiration. Their relationship is jeopardized when Grady’s rival Duke shows up. Jessy Schram appears as Shayna, and the performer has been on the stage from an early age. Jessy’s been a part of notable shows like ‘Boston Legal‘ and has a commendable career in singing and acting. Check out her post informing fans about the delay in the release of ‘Country at Heart.’

A lot of you on the media’s have been asking what happened to #countryatheart movie! The air date has indeed changed and is figuring out it’s spot in the seasonal line ups. Do not fret- CAH hasn’t disappeared, you’ve just gotta wait a little longer 😉

Niall Matter, who is seen as Grady, is a budding actor from Edmonton. He has been a part of notable films like ‘The Predator.’ He’s married to Sara Matter since December 2016, and the couple has two children. Both Niall and Jessy have spoken about how the location helped them set the romantic mood for the film, and the countryside was an exciting place to shoot the Hallmark movie.

Finally, we have Lucas Bryant, who appears as Duke. The character poses as Grady’s rival and is responsible for stealing Grady’s biggest hit. As for Lucas, the Ontario born actor has made a name for himself in Canada and the US. He has appeared in shows like ‘Queer as Folk,’ besides making his mark in Lifetime movies. The actor has also tried his hand at theater, establishing the Skarsgard Players theatre company in honor of Stellan Skarsgård, the Swedish actor. Therefore, it is evident that ‘Country at Heart’ has a talented set of cast members on board who come together to make the movie a memorable experience.