‘Court’ Holds a Mirror to 21st Century India. Here’s Why You Must Watch it. 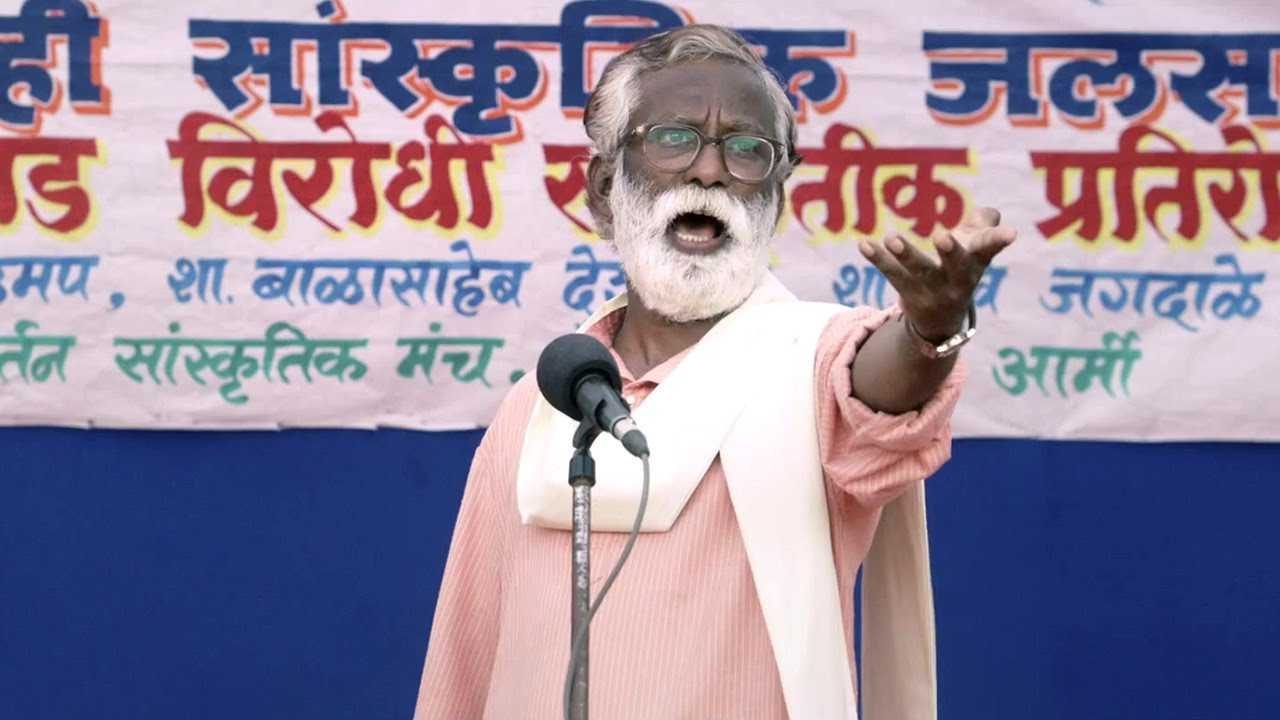 2015 was a great year for movies. It gave us tons of movies that challenged the norm and championed original thought. One movie that came from a debutante director did both. The movie was touted as a masterpiece by critics but it did not receive the amount of audience attention that it deserved even after it was declared India’s official entry to the Oscars. I can unflinchingly say that ‘Court’ is to Indian movies what ‘Citizen Kane’ is to cinema in general.

The story revolves around a folk singer, Narayan Kamble who has been arrested and charged for provoking the suicide of a manhole worker, Vasudev Pawar. His well-meaning but far-too-quiet lawyer, Vinay fights the allegations in a court. The story delves deeper into the judicial system which is filled with absurd cases supported by questionable evidence and unreliable witnesses. The movie also brilliantly showcases the entire world as society riddled with issues, big and small.

The characters in ‘Court’ are unlike any from regular movies. They do not fit into molds created a century ago. Now, I must clarify that this is not a movie for everyone. As much as I’d like to say that everyone should watch this movie, not everybody can sit through it. As you are watching the movie, you might think that it is ‘very slow’ as a friend of mine put it. To be completely honest, I thought so too when I was watching it for the first time. ‘Court’ is slow as it captures scenes in their excruciating entirety. But during a second watch I realized that every frame of the movie adds to its perfection. Regardless it is not boring in any sense of the word.

While a lot of movies make the setting or the city an integral part of the script by making them characters in their own right, ‘Court’ takes it a step further. It makes the entirety of our society a character interwoven throughout the movie. Every aspect of our life gets portrayed in brutal honesty. It shows us the poverty in slums without looking down on it and shows a luxurious, modern side of the city without antagonizing it. The movie illustrates contradiction by drawing parallels. Vinay, a lawyer with a broad mind consumes beer in social gatherings while the poor Vasudev is told to have consumed alcohol everyday just to bear the stench of the sewage he had to clean for a living. We can also see people being charged to enter a club for its live music performance while we are also shown live music performances that take place in the street for the public for free.

The movie gives us the solution even before it explores the problem. In the first song that Narayan Kamble performs he literally describes the enemy as the evil discrimination and bigotry that is ingrained in the society and the lack of its awareness. He insists that we need to know and accept our flaws so that we can combat them. The performance also tells us more of Narayan Kamble’s thoughts and ideals. We understand that he is dejected by the system and that he persists through allegations meant to thwart his actions. We also get a glimpse of his total honesty even if it hurts his case.

While the movie does a great job of creating characters, they are not black and white. It starts with a perspective in which we resent the prosecuting lawyer for presenting clearly absurd charges. She starts on the offensive by attacking the old accused man with previous incidences of similarly absurd accusations. But just as we make up our minds about the prosecutor, we are shown other parts of her life where she is discussing the cost of olive oil and how it would be too expensive to fathom using to cook. And this helps in humanizing the obvious enemy. She is not a bad person. She is merely doing her job and while her views may be more orthodox than Vinay’s. She is just the product of the society she experiences. This is a great effort by the director to strip the model of an antagonist in favor of real people with shortcomings and imperfections.

We are also shown a scene in a play that she goes to see with her family. To anybody even remotely sensible, the content of the play is offensively racist and prejudicial. But it shows us what the prosecutor sees. This is just the kind of world she has been shown throughout her life and it’s not her fault she was brought up the way she was. A large part of our society is represented by her character. Cleverly, the movie doesn’t portray her as a sole villain as she blends into the sizeable audience that applauds the racist play.

While ‘Court’ is a Marathi movie, it doesn’t stick to the language. It doesn’t force translated dialogues just to comfort the audience. It takes the freedom to use natural languages as good acting and direction break the language barrier. The use of various languages from English and Hindi to Gujarati lends authenticity to the characters and the movie. In another situation this would pull you out of the movie but in this one, it keeps you engrossed and believing in the world.

The cast consists of mostly unprofessional actors to avoid the rehearsed nature of trained actors. The fact that the widow of Vasudev Pawar is an actual widow of a manhole worker who died under similar circumstances as Vasudev hits home the reality in the craziness. In some places the inexperience of the actors is clearly visible but it is clearly overshadowed by other scenes where it lends more weight to the characters they portray.

A surprisingly simple way in which the director steps away from the norm is by shooting most conversations in long takes instead of multiple cuts. The most commonly used technique of shot reverse shot is also disregarded in favour of framing both characters in the same shot. This replicates how a third person or observer would see the conversation take place.

The familial banter also seems rawer and more natural in longer single shots. The judicious use of long takes in the courtroom scenes adds monotony and dullness to the court system to mirror how it actually is and moves away from over-the-top monologues in courtroom dramas like ‘Jolly LLB’, ‘OMG: Oh My God’ and ‘Damini’.

The movie highlights the issue of people taking offense to inconsequential words said by someone, taken out of context and taking abusive action against him. A particular banned book is found at Narayan Kamble’s house and his lawyer does a great job of pointing out the absurdity of the books ban. A community or volunteer extremists of the community get offended by the lawyer’s statement and in a striking scene, harass him by covering his face in black ink. This has been a very relevant issue in the last couple of years when journalists and artists have been threatened in a similar way.

The movie can be summed up in one word as real. It brings to the light some events that get buried in our newspapers and 24*7 news outlets. Every technique used by Chaitanya Tamhane adds a sense of reality to lend it an almost documentary-like feel. The camera becomes a silent observer as it doesn’t move to take action and as result we are shown our place as silent witnesses to atrocities all around us. How will we change the society if we can’t proactively change our attitude towards it?

Read More: The 50 Greatest Bollywood Movies of the 21st Century