Will There be a Crazy Ex-Girlfriend Season 5 or is it Cancelled? 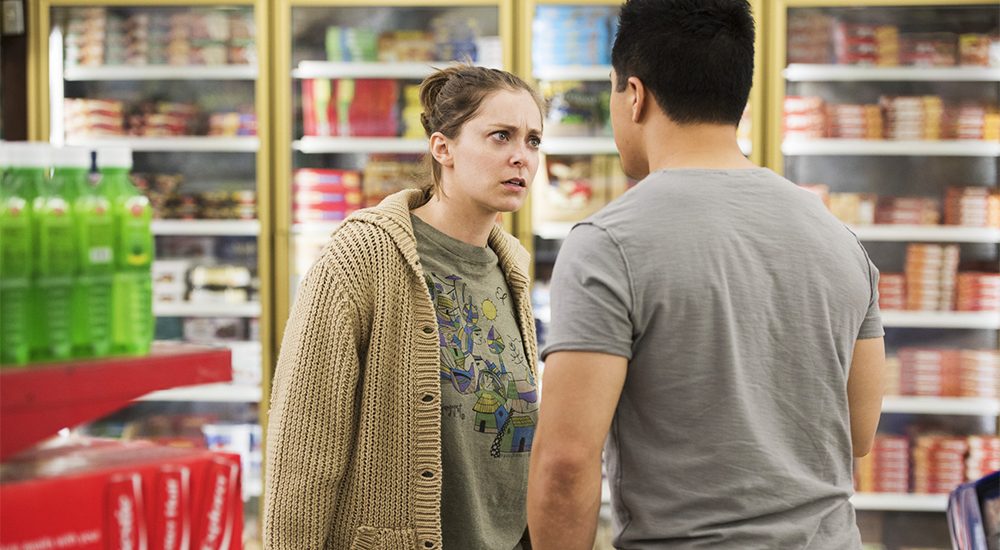 ‘Crazy Ex-Girlfriend’ is about a successful young female lawyer, Rebecca Bunch, who gives up a promising job in a big N.Y. law firm and moves to a small town named West Covina in California, pursuing happiness with her first boyfriend who left her 10 years ago. She takes up employment at Darryl Whitefeather’s West Covina law firm, starts staying in a rented apartment, and eventually develops a friendship with Paula and Heather. Rebecca’s only goal is to get back together with Josh but she also begins an on-again-off-again relationship with Greg.

Toward the end of season 3, we see that Rebecca pleads guilty to the charges of an attempted murder. Season 4 begins with her plea being rejected by the presiding judge. A distraught Rebecca awaits trial after being sentenced to six weeks in jail where she is seen atoning for her wrongdoings. She begins to direct a theater class but is rebuffed by the inmates who resent her for being voluntarily present. Paula is successful in getting Trent to confess and the State’s case against Rebecca is nullified.

When Paula, Valencia, and Heather convey her the good news, the latter is hesitant to leave the jail. However, Rebecca eventually relents. Nathaniel invites Rebecca on a trip to Hawaii, but Rebecca refuses, saying she must provide legal advice to inmates — which ends up infuriating Nathaniel who then calls her selfish. The story kicks off from there and chronicles the journey of Rebecca as she faces her problems head-on and corrects her past errors.

Now, as far as its renewal is concerned, you should know that the award-winning and critically loved musical comedy had always been on a four-chapter plan, according to creators Aline Brosh McKenna and Rachel Bloom. The first three seasons followed the first three chapters. So it makes perfect sense that season 4 was the fourth and final chapter, exactly how McKenna and Bloom planned from the start.

So, there you go. It’s almost sure that ‘Crazy Ex-Girlfriend’ season 5 is cancelled. The CW even announced on April 2, 2018, that the series was officially renewed for its last season i.e. season 4. “The idea of Crazy Ex-Girlfriend was an idea [McKenna] had for a movie,” Bloom told V.F. then. McKenna and Bloom had “no interest in making a show that’s just going to spit out copies of itself. . . . This is about a young woman in a very specific time in her life, going through a crisis. And that just doesn’t sustain itself for nine seasons. I’m an avid TV watcher, and I feel like a lot of shows peak around Season 4, Season 5, and just last way too long.”

Crazy Ex-Girlfriend Cast: Who Is In It?

The lead star of the series is Rachel Bloom as Rebecca Nora Bunch, a lawyer originally from New York City, who later shifts to California. Bloom provides an energetic lead and joining her is a crew of talented actors, enacting characters who are amazingly hilarious.

The other main cast members are Vincent Rodriguez III as Joshua “Josh” Felix Chan, the commitment-fearing romantic interest of Rebecca; Santino Fontana as Greg Serrano, a bright but low-achieving bartender and Josh’s closest friend; Donna Lynne Champli as Paula Proctor, Rebecca’s colleague and best friend; Pete Gardner as Darryl Whitefeather, Rebecca’s emotional boss who often has no clue of what is going on; and Vella Lovell as Heather Davis, Rebecca’s “cool” neighbor and a college student. Heather later becomes Rebecca’s room-mate and gives sane advice. She gradually discovers that she has feelings for Greg. There are other recurring cast members as well who too have done an amazing job in the series.

You can watch the official trailer for ‘Crazy Ex-Girlfriend’ season 4 below. You can also head to The CW if you wish to catch up on all the previous episodes from the show.