When Will Crikey! It’s the Irwins Season 3 Premiere on Animal Planet? 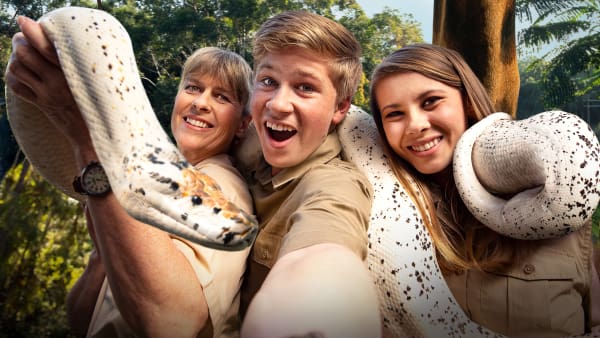 Crikey! It’s the Irwins is an American-Australian documentary reality television series that first premiered on October 28, 2018, on Animal Planet. On January 24, 2019, presenter Robert Irwin stated on The Tonight Show Starring Jimmy Fallon that the second season had been renewed.

Filmed in various locations of Beerwah, Queensland, Australia, the second season of the docuseries was released in October 2019. The premise revolves around the Irwin family, who tend to animals at the Australia Zoo. Developed as an ode to the famous crocodile hunter Steve Irwin, the show has managed to reach the hearts of viewers globally. And with season 2 concluding, fans want to know if there will be a Crikey! It’s the Irwins Season 3. Read on to know.

Crikey! It’s the Irwins Cast: Who is in it?

The main cast comprises the immediate family of the late Steve Irwin — Terri Irwin, Bindi Irwin, and Robert Irwin. Terri (Steve’s wife) who lives adjacent to the tiger enclosure with her children is more cautious and protective of her kids. “Any time your kids are doing anything amazing yet somewhat dangerous, you hold your breath,” Terri said. “I’m not going to point you in the direction of something. I’ll take you there. At the zoo, people are surprised that we’re happy to take time with them. Sometimes it takes an hour to walk to my office, but it’s worthwhile — and really cool.”

Robert and Bindi are Steve’s kids. Robert expressed his views about the series, saying, “Working with animals, you’ll inevitably get the odd bite. But I’ve never had anything crazy. The close calls are an adrenaline rush!” Added Bindi, “I promise to do my best to make you proud and ensure your legacy lives on forever. A new chapter in our lives has begun as we embark on this journey with @animalplanet. There is so much on the horizon. We can’t wait to share our story as a family.”

When a season 3 happens, the entire Irwin clan will make their respective comebacks on tv screens.

What’s Crikey! It’s the Irwins about?

The series centers around the family of the former Australian zookeeper as well as a conservationist, Steve Irwin. He was known as “The Crocodile Hunter” while he was still alive. The family of Steve Irwin resides and works daily at the Australia Zoo. The series films the Irwin family who have decided to take care of all the zoo animals and their families. Balancing both is not as easy as it seems. They have to cross every obstacle and face many challenges to follow in their ancestors’ footsteps. The camera also films their struggles that crop up while taking care of the animals who need 24/7 protection.

Steve’s son Robert wants to continue his father’s legacy. In season 1, he arrives at the zoo to feed a croc named Graham. Robert had taken tough training under Steve Irwin’s best friend named Wes to handle Graham who is a huge crocodile at the Zoo’s popular Crocoseum. The Irwin family prepare sedatives for Hunter, a blind Sumatran tiger who has to be taken for his annual eye check-up. The zookeepers take Scarlett, a young giraffe for a road trip and to reunite with her family and kind in South Australia.

The Irwin family gets ready to travel in Croc One which was Steve Irwin’s research ship for a new mission. They decide to release a sea turtle back to his real home to save this endangered species. Scarlett finally reunites with her grandmother’s giraffe. Hospital days are over for a wild echidna named Grub who was kept under the check of the doctors in the Zoo’s Wildlife Hospital. Robert gets into a deadly fight with Utah, a venomous 12-foot king cobra. Dr. Amber heads to Tandora to take care of wild koalas.

Coming back at the zoo, Bruce who is an Australian brolga still suffers from his past wounds. He has been under the family’s care for more than 20 years. Next, Robert makes sure to take the Australia Zoo’s alligator snapping turtles for a checkup whereas Bindi and Terri invite seven new lemurs from the United States into their zoo. On the other hand, the keepers send a rescue team to save possums that were caught in a chimney.

In another episode, the Irwin family goes on a family adventure to South Africa. Bindi learns new ways of the Black Mambas anti-poaching squad whereas Terri rescues a wild leopard. The Irwin family then welcomes a new baby giraffe given birth by Rosie. Robert runs into a wild python that has entered another animal’s territory. Terri helps the zookeepers catch Chief, a Tasmanian devil.

In another episode, Robert decides to raise Melman, a kangaroo all by himself. Sophie, the baby giraffe, takes her baby steps with the help of Bindi. Terri visits Ravi, the Red Panda and decides to take him for a health check-up. Terri welcomes a new cheetah cub from South Africa to their zoo and names it Mballa. Bindi meets Bert the Koala Joey who is out for the first time from his mother’s pouch.

Season 2 begins with an equal dose of daily challenges at the zoo, setting off with Robert relocating the most aggressive croc Bosco and swimming with a reticulated python. Then the fam releases three baby kangaroos and an emu in the wild while vaccinating a baby rhino. Robert also learns the know-how of handling rattlesnakes and Terri offers a helping hand in the birth of a new baby rhino.

Season 3, as and when it’s renewed, will continue to chronicle the momentous challenges faced by the Irwins in their zoo.

Crikey! It’s the Irwins Season 3 Release Date: When will it premiere?

We don’t have an update about another renewal yet. But considering the immense response, the show has received from fans, we would not be surprised if it gets recommissioned once again. And if things go according to plan, Crikey! It’s the Irwins Season 3 will most likely premiere sometime in October 2020.

While we wait for an update on season 3, you can watch the season 2 trailer below: