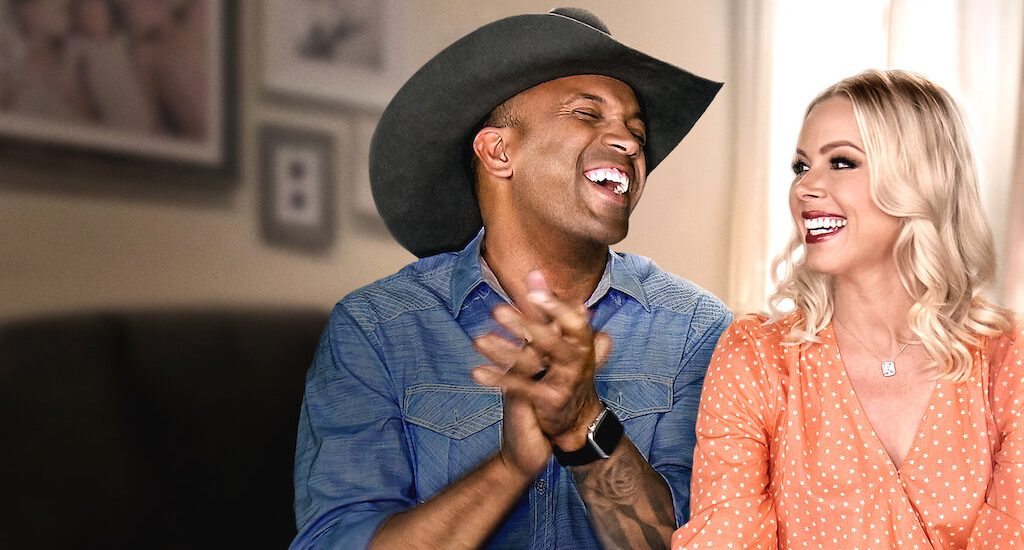 Criscilla Anderson is a hip-hop dancer (and dance instructor) who has performed with the likes of Rihanna and Katy Perry, also appearing in their music videos. In 2009, she got married to country singer and songwriter Coffey Anderson, after about a year of dating. Now, they live in California with their three beautiful kids and a dog. Throughout the pandemic quarantine, Criscilla has been conducting online hip-hop classes. For the last few years, Criscilla has been battling cancer in a faith-fuelled and inspirational fight.

In the summer of 2018, Criscilla started experiencing random shooting pains in the stomach. They were such severe aches that they left her doubled over in extreme pain. When she went to the doctor and got tests done, she found out that she had colon cancer. Her diagnosis in 2018 was for Stage 3 colon cancer and immediate treatment caused a brief remission. Unfortunately, there was a resurgence of cancer in 2019. By November 2019, Criscilla was informed by her doctors that her Stage 3 colon cancer had evolved to Stage 4. This was bad news for the family, but being deeply devout Christians, both Criscilla and her husband Coffey put their faith in God and forged ahead full-power with the natural treatments, choosing to forgo chemotherapy for now.

Previously, in 2018, the doctors had pronounced that her colon cancer was not curable but it was treatable. At Stage 3, she underwent surgery to get a significant portion of her colon removed. When she’d received the diagnosis for her Stage 4 metastatic colon cancer, doctors told her that the cancer had spread throughout her para-aortic region and was growing up her back.

Once the cancer had progressed to Stage 4, Criscilla chose to share the news with her fans and social media followers, taking to Instagram to constantly keep them updated with her health status. In April 2020, Criscilla updated her followers through an Instagram post (a video that she’d recorded right after leaving her doctor’s office) and it was positive news. As per the latest update, Criscilla’s health is steadily improving. Her tumors have shrunk quite a bit and her bloodwork shows lower and lower levels of cancer-indicating proteins with each test that they do.

Criscilla has been on a vegan, sugar-free diet plan and sticking to it because clearly, it is working to improve her health. She has also chosen to get a port installed underneath her skin (through surgery) – a device that makes extracting blood for tests much easier and more convenient. An alternate natural treatment for reducing cancer that Criscilla has been trying is “fever baths” that cause hyperthermia since cancer cells don’t like heat. It seems to be working for her and hopefully, she will continue to get better until she has won the battle against cancer.

AMAZING CANCER UPDATE … I KNOW GOD IS HEALING ME! 💕💕💕

Y’all! My nurses & bff r the best! They asked what could they do to keep me distracted and I said a tik tok🤣 and they did it! Didn’t even know what it was. God I love them! @chelseacarena @joycezanardi and @st3ph_sh3lton @edenvalleyinstitute – I’m so thankful for this place and the people here. This video is a testimony that your mental battle plays a huge part in your physical body. Because of the distraction, I laughed through my fever and laughed rather than moaning and being miserable. And my temperature went up! Which was the goal! Fever baths r a form of hyperthermia raising your body temperature into an artificial fever. Once your body is in a fever, it fights the cancer 🙌🏽 this tik tok made my day! We were in treatment and healing and being girls having fun too❤️

Her husband, Coffey Anderson, is very supportive and extremely caring when it comes to Criscilla’s health. Coffey has had a traumatic experience with the disease at the age of 10 when his mother had battled with and ultimately died of lung cancer. He chooses to place his faith in God’s healing powers and strives to look on the brighter side of life. His sunny disposition in the face of adversity is infectious and keeps their family happy.

During the pandemic, the Andersons quarantined with another couple (Criscilla’s friend and fellow cancer survivor and her husband) so as to ensure support for their children in case there was a medical emergency. 2020 also sees the Anderson couple star in their very own Netflix reality show ‘Country-Ish’ that follows their day to day life raising their three kids.