Crusader Kings III: Everything We Know 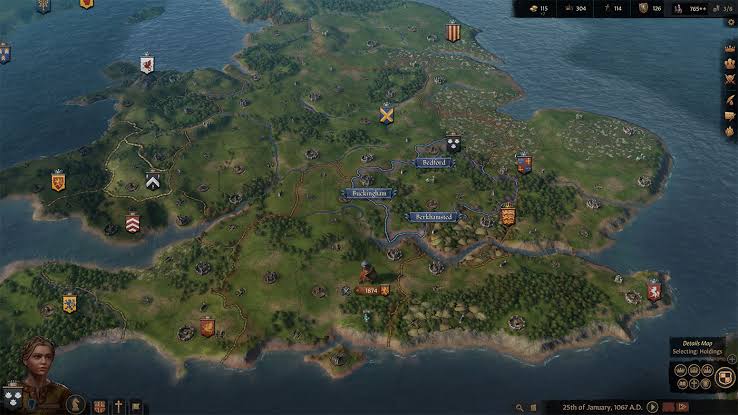 Despite the enduring trend and exploding popularity of action games in the past decade, particularly first-person and third-person shooters, the strategy game genre continues to remain fairly popular in the mainstream. However, the genre’s more involute brother, the grand strategy game continues to remain as much of a niche genre as it always was, partly because it appeals only to a very specific type of gamers.

This is the type who is willing to invest hundreds and even thousands of hours into a single game, exploring its deep mechanics, immersing oneself in the emergent gameplay and conquering the steep learning curve. If you are that type of gamer, you have likely already heard of the ‘Crusader Kings’ franchise of grand strategy games.

The series is considered by many to be the definitive grand strategy experience and fans of the genre have been eagerly awaiting a follow up to 2012’s highly rated ‘Crusader Kings II’. With the impending release of ‘Crusader Kings III’ drawing closer and closer, read on to find out everything we know about the third installment in the long-running and much-vaunted series of medieval dynasty simulator games.

Crusader Kings: What is the Series About?

The ‘Crusader Kings’ games are all set in the Middle Ages (which lasted from the 5th to 15th century), although the exact period can vary from game to game and in different expansions. You can choose to play as famed historical figures such as William the Conqueror, Charlemagne, Genghis Khan, Richard the Lionheart, and so on, but you may also choose to play as a lesser-known duke or count.

Typically, a playthrough does not have any specific end goal in mind and the player essentially dictates what constitutes success or failure. In this sense, you can consider the ‘Crusader Kings’ games to be akin to massive strategy sandboxes.

Instead of playing as an empire or nation, you play as a singular character. Once your character dies off, you take control of their heir. One of your imperatives is to establish, consolidate, and expand your dynasty as far as possible to ensure your status in power. Heirs will often bear a resemblance to their parents due to the games’ genetics and education system, which passes down plenty of the traits, culture, religion and other skills of a ruler to their heirs.

A playthrough of a ‘Crusader Kings’ game only ends when the year reaches the end date of 1453, or if your character dies off without leaving behind any heir.

Crusader Kings 3 Gameplay: What to Expect?

Given how many years have passed since the release of the last game, ‘Crusader Kings III’ is set to be quite an overhaul. While the Paradox grand fantasy games are very highly thought of for their immense depth of mechanics and emergent gameplay, they have somewhat lacked a memorable visual flair. This is the first deficiency ‘Crusader Kings III’ seeks to address.

Gone are the static 2D portraits of previous games and they are replaced by full body, 3D rendered character models. The world map also gets a visual makeover, now with four times more detail. Certain assets such as churches, previously only found in menus, are now realized in full detail on the map.

Another deviation from the previous game is ‘Crusader Kings III’s’ enhanced emphasis on RPG (Role Playing Game) elements. While the series has always had role playing elements with its focus on heading a dynamic dynasty, the new game is set to build upon it even more.

The new Lifestyle Focus system introduces three new skill trees for your character that allow you to slowly craft any character archetype you wish to play as. Your character’s personality traits are also of more importance now and consistently making decisions, not in line with their traits, can cause their stress level to skyrocket, eventually leading to a breakdown.

The core Dynasty system of the series has also been improved upon with the addition of sub houses within a dynasty. Now, prominent members of your family can head off and form their own house with its own motto, heraldry, and a few new freedoms.

If their power and influence are allowed to rise beyond control they could even replace you as the head of the dynasty. Further perpetuating the RPG elements, ‘Crusader Kings III’ will now have a Dynasty leveling up system where you earn Renown by growing your dynasty, which can further be spent on enhancing its members.

Crusader Kings 3 Developers: Who Are the People Behind the Game?

Crusader Kings 3 Release Date: When and Where Can I Play It?

Although we do not have a specific launch date for ‘Crusader Kings III’, as of this point in time, the release is planned for some time in 2020.

Like all the other games in the franchise, ‘Crusader Kings III’ will be playable exclusively on PC (Microsoft Windows, Linux, Mac OS X) via the Steam storefront.

You can watch the trailer for ‘Crusader Kings III’ right here.