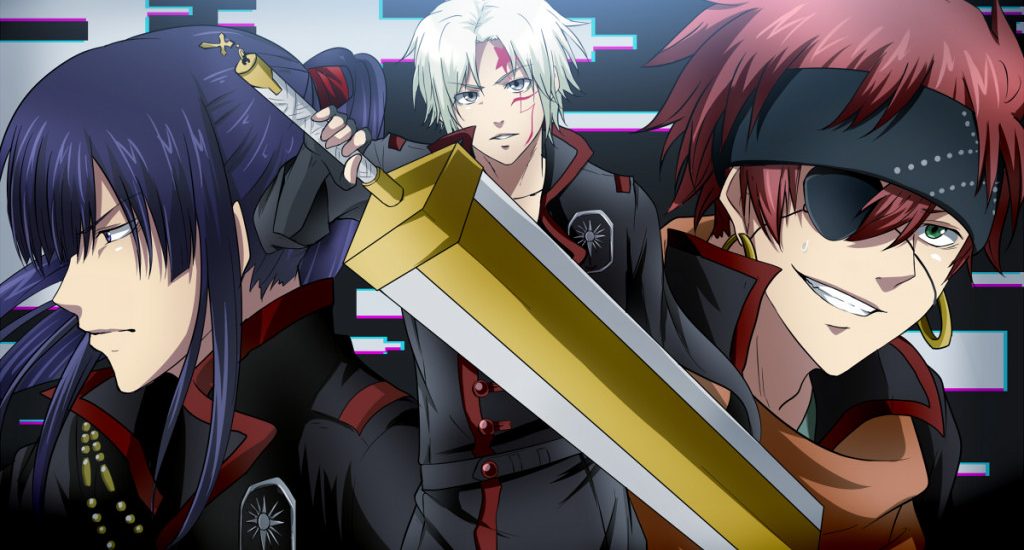 ‘D.Gray-Man’ is a Japanese manga series written and illustrated by Katsura Hoshino. Published by Shueisha in their popular magazine ‘Weekly Shonen Jump’, it ran steadily from 2004 to November 2009 when it was handed over to ‘Jump Square’. ‘Jump Square’ is another popular publishing front for Shueisha but it changed the serialization from being a weekly one to a monthly one. This continued till December 2012 when it was put on hold for an indefinite hiatus, perhaps due to the magazine ‘Jump Square’ being shut down.

The series made a comeback in the year 2015 when a spin-off from the ‘Jump Square’ magazine called ‘Jump SQ. Crown’ began publishing it from July 17th. As of today, a total of 26 tankōbon volumes have been released while a total of 25 volumes were published in North America by ‘Viz Media’ till May 2nd, 2017. A spin-off novel series written by Kaya Kizaki has also been released, called ‘D.Gray-Man Reverse’. It strives to explore the backstory behind the popular characters of the manga.

The anime adaptation of manga is developed by TMS Entertainment and started airing in Japan from October 2006 to September 2008. During this time, it aired a total of 103 episodes without gaps. It was brought back again for a second season which contained only 13 episodes. It aired in Japan from July 2016 to September 2016. Both the seasons are licensed in North America by Funimation. In addition to many other types of merchandise, two video games have also been released to mixed reviews.

However, the original manga is considered to be one of the best-selling series by Shueisha of all time with over 24 million copies sold worldwide. It is also featured in many top ten lists by notable publications all over the world. It is extremely well received by critics and fans alike, with most of them pointing out the dark surreal landscapes as one of Hoshino’s best works. The characters are visually appealing and the gothic elements manage to attract a lot of audiences, adding to its overall success. Even though some critics have pointed out that the fight sequences in the manga are hard to keep up with, we did not feel the same while watching the anime and it seamlessly moves from one element to the other. Despite being 103 episodes long, it doesn’t feel dragged like many other anime of the same length. After watching the entire show, one will definitely connect it to more emotional shōnen experiences like ‘Fullmetal Alchemist’ rather than fighters like ‘Dragon Ball Z’, mainly because of its dark atmospheric setting.

D.Gray-Man Season 3 Release Date: When will it premiere?

‘D. Gray-Man’ season 2 premiered on July 5, 2016 and ended its run on Sep 27, 2016. Even though ‘D. Gray-Man’ is extremely successful, both inside and outside of Japan, we still do not have any confirmation of a third season in development. However, due to plenty of source material being present and money not being an issue, we are sure that a third season will definitely be released. The main question is when. With a lot of the cast eager to come back to work on this one, we can definitely keep our hopes high. Our best guess is that, if the anime does get renewed, ‘D. Gray-Man’ season 3 can release sometime in 2021. In the meantime, catch up on the manga and the novels in order to stay up to date when that time actually arrives.

The English dub of the anime can be streamed on Funimation and Amazon Prime.

The plot of the anime revolves around the struggles of a cult called exorcists as they strive to save humanity from the clutches of demons. The story takes place in an alternate 19th century Europe where a mysterious character named ‘The Millennium Earl’ has started pestering humanity by tricking them and stealing their souls. Right from the very beginning of the anime, we are thrown right into the action as a young boy strives to save a police officer from the clutches of one such demon. The police officer having mistaken the boy for the demon proceeds to arrest him in a humorous way.

However, as Allen explains the situation, they slowly come to terms with their problems even though most of them do not want to believe it. The kid introduces himself as Allen Walker, an exorcist who is on a mission to hunt down the aforementioned demons whom he calls ‘akumas’. He proceeds to explain how these ‘akumas’ are born out of strong human feelings and that only he along with a select few have the power to take them down. The head of police scoffs at this and simply dismisses the case for another petty issue. But the lady officer that Allen saved believes him and they return to the church where the initial attack took place. It is here that they find the akuma haunting the place and Allen proceeds to take them down.

However, during the fight it is revealed that the akuma is a rendition of the police officer’s own sister who tragically died in her own wedding while saving her husband. The groom, devastated by his loss, lets his emotions, mainly rage, take over his body. This sudden outburst of rage and sorrow is detected by ‘The Millennium Earl’ who swiftly makes his way to the scene in order to take advantage over it. Allen explains that ‘The Millennium Earl’ hunts emotionally unstable beings and uses their vulnerability to take advantage of them. He tricks them into submitting to his causes and creates these monstrous mindless beings called ‘akuma’. They are deadly to humans and feed on them in order to evolve quickly to a more powerful being.

Allen further explains that his brother-in-law had simply been tricked like everyone else and is now trapped inside the akuma. The Millennium Earl promised the groom that he has the power to bring back his wife and all he needs to do is call her out. The groom, who hasn’t seen through the ploy, proceeds to chant the very words that will seal his fate. His love does return but in the form of an akuma, destined to be forever tortured by this fate. The Millennium Earl commands her to kill the groom and ‘wear’ her body in order to blend in with the world. The akuma, powerless to resist, devours her own husband and takes over his body before disappearing from the scene.

The police officer, now stricken by grief, understands the whole situation and asks Allen politely to relieve them of their agony. Allen, using his powers of exorcism, takes down the akuma with one swift blow releasing the souls and destroying it completely. Allen, after taking care of business in town, heads over to the headquarters of ‘The Black Order’. ‘The Black Order’ is an organization of exorcists who are constantly trying to curb the attempts of The Millennium Earl. This is where the bulk of the plot takes place.  The Millennium Earl runs a family called the ‘Noah’, who are the reincarnations of the historical character along with the twelve apostles. The Noah Family has a long time hatred towards humanity and will stop at nothing to witness its end. It is up to the exorcists to put a stop to them.

The Black Order has some of the most skilled warriors in the land who are constantly trying to put a stop to the akuma. However, they are increasing rapidly as more and more humans are plagued by tragedies. These fiends have only one known weakness and that is a special element called ‘innocence’. Innocence are holy artifacts blessed by God himself that have the ability to take down the akuma and release their spirits. They are rare and come in various shapes and sizes. It can be an everyday object like a bracelet or a shoe or can come in the form of weapons like swords. Each form of innocence has its own special ability that only works for the one possessing it. It chooses its own user, so it’s impossible for one to use the artifact wielded by another. There are a total of 109 innocence pieces scattered all over the world but there is one masterpiece that holds a greater power. Whichever side comes to possess that piece first will definitely win the war.

In contrast to innocence, the Noah family uses its counterpart called ‘Dark Matter’. This is what fuels their fiendish desires and gives them the ability to take down normal humans effectively. It also grants them the ability to create akumas out of human souls and then control them to do their bidding. Allen must travel with The Black Order to hunt down the innocence while taking down the Noah Family in the process.

Allen Walker: Allen Walker is a skilled, warm-hearted exorcist from UK, who also happens to be the main protagonist of the story. Due to an incident in his childhood, he was cursed with the mark of the devil that allows him to peer into the soul of an akuma. It also transformed his left arm into an anti-akuma weapon, granting him the power of an exorcist. He is extremely kind-hearted and quick to help people in need but eventually succumbs to his curse at later stages of the anime. This really does tread on spoiler territory; hence, we won’t delve deeper into his storyline. Allen is voiced by Todd Haberkorn in the English dub, who stated that this performance is one of the highlights of his career.

Lenalee Lee: Lenalee is a young exorcist from China who lost her parents at a very young age at the hands of an akuma. She was rescued by the Order, who trained her to become an exorcist. However, she hated the life inside the Order as she was separated from Kamui, her brother and only living member of her family. Kamui eventually joined the Order to be close to his sister and things returned to normal. She started liking the life of an exorcist since she now has her brother with her and began calling the headquarters her home. Each time she loses one of her friends, she feels torn apart. She will go to any lengths to protect those who are special to her, which sometimes leads to sticky situations.