Daisy Ridley fell in love with the character of Matilda Wormwood from the 1996 movie ‘Matilda’ directed by Danny DeVito, before she fell for the art of cinema. As a little girl, she used to enact the character of Matilda in front of her parents. A scholarship she got at the age of 9 became decisive in her career as it landed her a course at Tring Park School for Performing Arts, where she continued till her graduation. The aspiring actress learned the basics of stage and cinematic acting and dancing from the school. After a short stint with classical civilization studies, Ridley dropped out and started chasing her dream of becoming an actress.

After several auditions, she landed small roles in shows like ‘Casualty,’ and ‘Toast of London.’ Downhearted with the small roles, she shifted her focus to low-budgeted indie flicks. The critically acclaimed short film ‘Blue Season’ and the BAFTA-nominated project ‘Lifesaver’ helped her to find a foothold in the highly competitive arena. She got her breakout role in a feature film with the 2015 horror flick ‘Scrawl.’ In the same year, the actress appeared in the music video ‘Lights On’ alongside artist Wiley. Though she reportedly played a major role in the movie ‘Inbetweeners 2,’ her part was cropped out from the final version of the movie.

Ridley later joined the ‘Star Wars’ galaxy with ‘Star Wars: The Force Awakens’. Her casting as Rey, one of the major characters in the franchise, was widely panned by critics who tagged her as an unknown actor. But she took the box office and the critics by storm when the movie hit theaters in 2015. She stole the show with her stunning portrayal of the last known Jedi, Rey, while the movie went on to become a top grosser. The role also showered a number of accolades and nominations on the young actress.

Ridley’s other major works include ‘Star Wars: The Last Jedi’ (2017), ‘Murder on the Orient Express’ (2017), ‘Ophelia’ (2018), ‘Peter Rabbit’ (2018), the BBC series ‘Silent Witness’ (2014), the ITV show ‘Mr Selfridge’ (2014), and a voice part in the animated web series ‘Star Wars: Forces of Destiny,’ which was released through Disney’s YouTube channel. At this point, you must be wondering what is the next Daisy Ridley movie or TV show? Well, here’s the list of upcoming Daisy Ridley films and TV shows scheduled to release in the near future. We can only hope that the new Daisy Ridley performances would be as good as some of her recent ones. 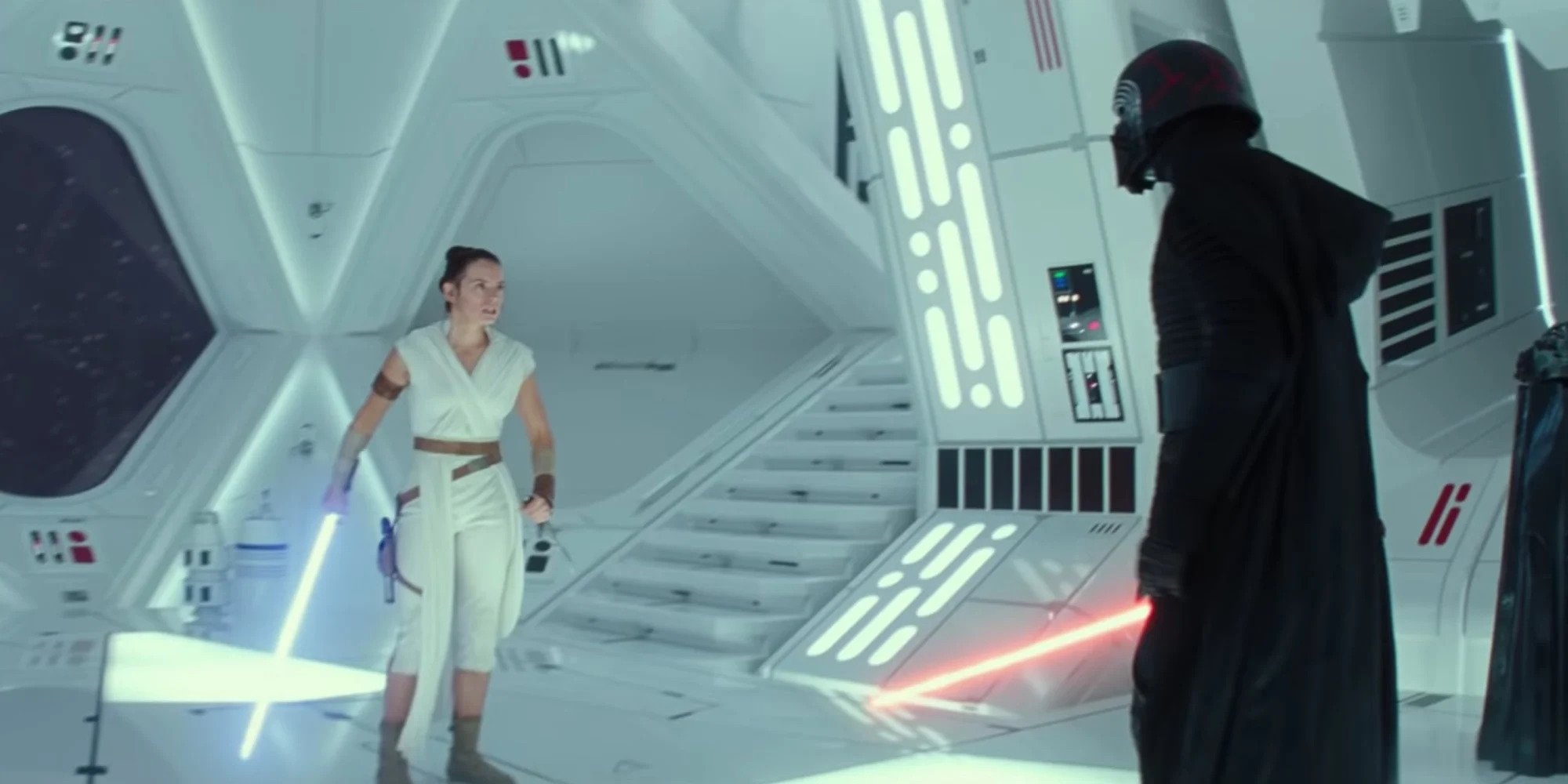 ‘Star Wars: The Rise of Skywalker’ is the final installment of the ‘Star Wars’ sequel trilogy and the final chapter of the Skywalker saga. Ridley reprises her iconic role of Rey in the upcoming movie alongside Adam Driver who portrays Kylo Ren, the champion of the First Order and Supreme Leader Snoke’s disciple. The plot reportedly follows Ren who braces up to wipe out remnants of the Jedi Order. The epic battle between the Jedi and the Sith also culminates in the final showdown in the movie.

Though other details of the plot are unknown, there are suggestions that the movie will reveal the mystery behind Rey’s parents and origins. However, Disney has kept everything about Rey’s part under tight wraps. Other cast members include John Boyega, Oscar Isaac, Lupita Nyong’o, Richard E. Grant, Keri Russell, Mark Hamill, Carrie Fisher, and Billy Dee Williams. ‘Star Wars: The Rise of Skywalker’ is directed by J. J. Abrams from a screenplay he co-wrote with Chris Terrio. The movie is slated for a December 20, 2019 release. 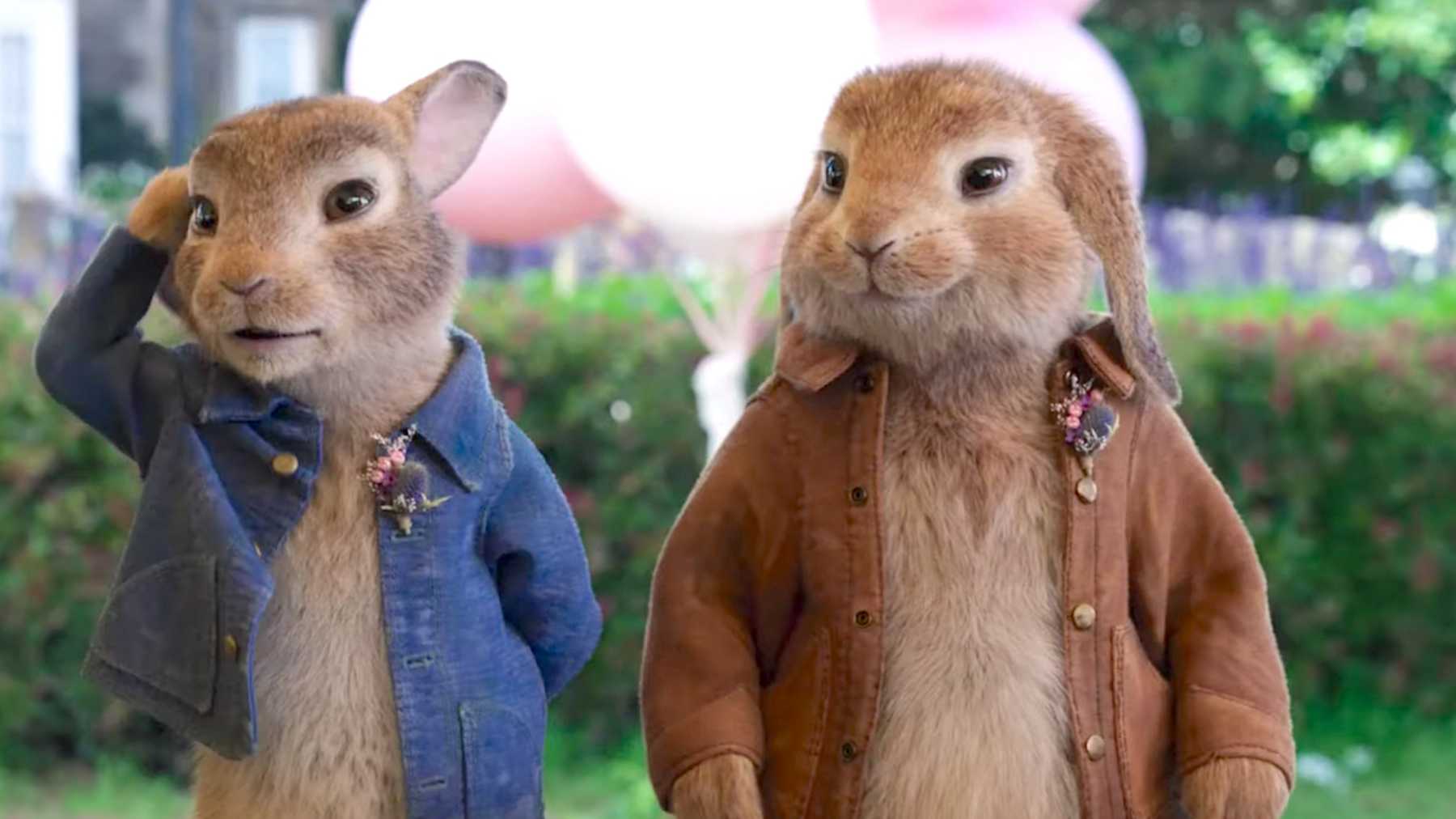 ‘Peter Rabbit 2: The Runaway‘ is the sequel to ‘Peter Rabbit’, and the animated comedy movie comes from Will Gluck. It is based on the characters created by Beatrix Potter, and while the first movie was a modern-day take on some popular characters, the sequel picks up from where the first movie left off, showing how human emotions evolve, while focusing on the step-child narrative, as Peter Rabbit acts out in new ways.

With Thomas McGregor and Bea on their honeymoon, Peter Rabbit runs away from home and while he is on the road, he befriends a new rabbit, who happens to be an old friend of Peter’s father. The official synopsis of the movie reads, “In PETER RABBIT 2: THE RUNAWAY, the lovable rogue is back. Bea, Thomas, and the rabbits have created a makeshift family, but despite his best efforts, Peter can’t seem to shake his mischievous reputation. Adventuring out of the garden, Peter finds himself in a world where his mischief is appreciated, but when his family risks everything to come looking for him, Peter must figure out what kind of bunny he wants to be.”

Daisy Ridley lends her voice to Cottontail Rabbit in the movie which is slated to release on April 3, 2020. 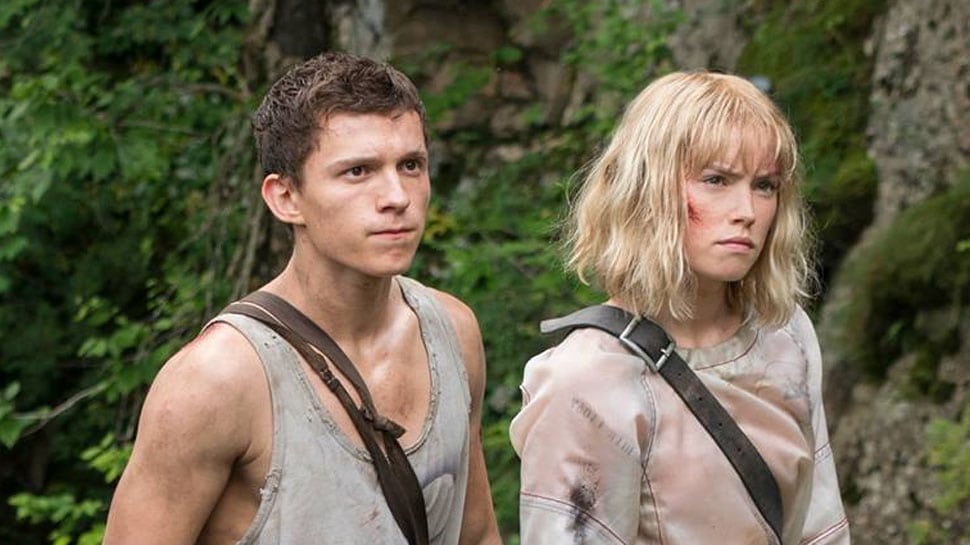 ‘Chaos Walking’ is an upcoming sci-fi thriller from Lionsgate. Based on the popular YA novel series by British novelist Patrick Ness, the movie stars Daisy Ridley, Demian Bichir and Tom Holland in the lead roles. The plot follows Todd Hewitt (Holland), who is one of the survivors of a viral pandemic outbreak on a distant planet called New World.

Once infected, the virus plants harrowing visions in the minds of victims which eventually drive them crazy. While chaos prevails, Todd learns that the key to end the outbreak lies with a mysterious girl named Viola (Ridley). He takes her for an adventure which turns out to be the journey of self-realization for both of them. Other cast includes Mads Mikkelsen, Cynthia Erivo and Nick Jonas. ‘Chaos Walking’ is directed by Doug Liman from a screenplay adapted by Charlie Kaufman, Lindsey Beers, John Lee Hancock, and Gary Spinelli. The movie is set to release in 2020. 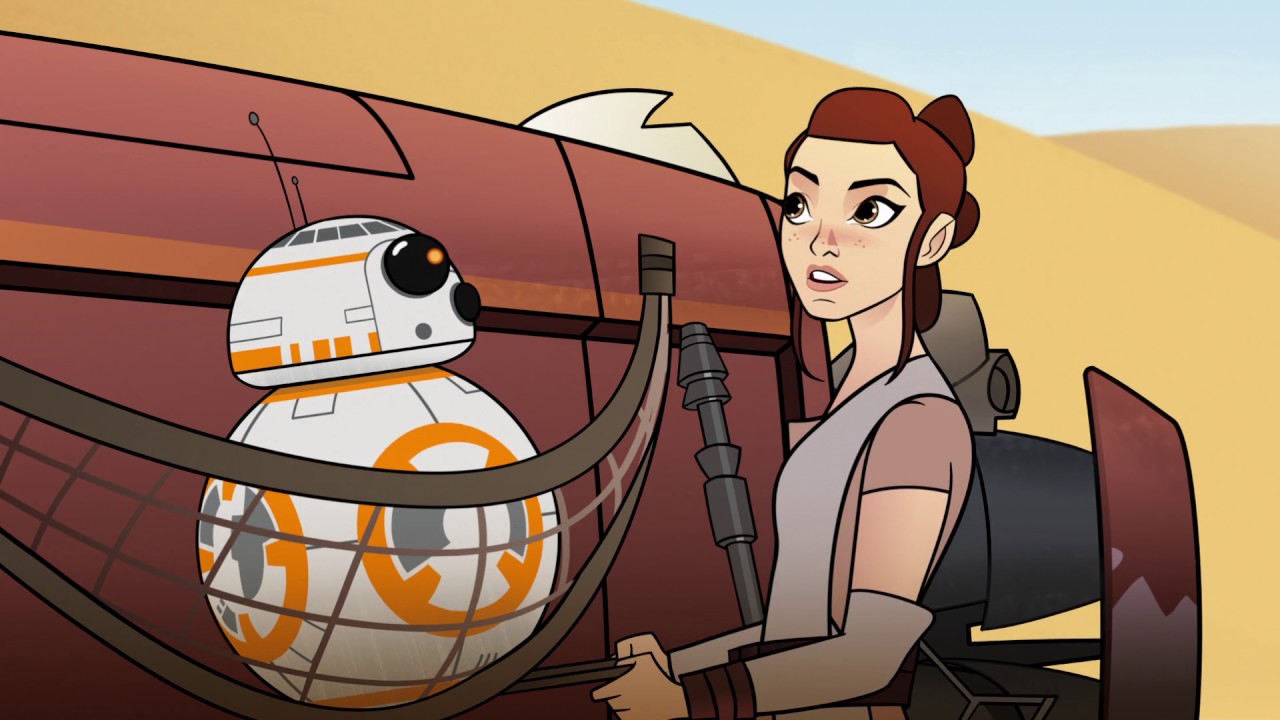 The ‘Star Wars’ universe is vast and has multiple accounts from various characters. In cases like these, a lot of voices often get drowned out. Considering that the franchise was created by a man, and has catered to a male audience due to the gatekeeping that goes on with sci-fi content, there is little doubt that female voices in the franchise got drowned out over time. ‘Star Wars: Forces of Destiny’ attempts to rectify the situation.

It allows the female characters to become the focus of the story across multiple eras and various installments. We explore how every decision made by these characters affect not just their destiny, but the interlinked destinies across the universe. It is a magnificent study of how small moments and regular decisions can shape a heroic saga.

Obviously Ridley reprises her role as Rey, the force-sensitive scavenger. Over the seasons, Ridley has found it easy to slip back into the character she is so comfortable playing. The series has already aired for two seasons and might be getting a third soon. We expect Daisy Ridley to back, amazing us once again and the fierce warrior, Rey. 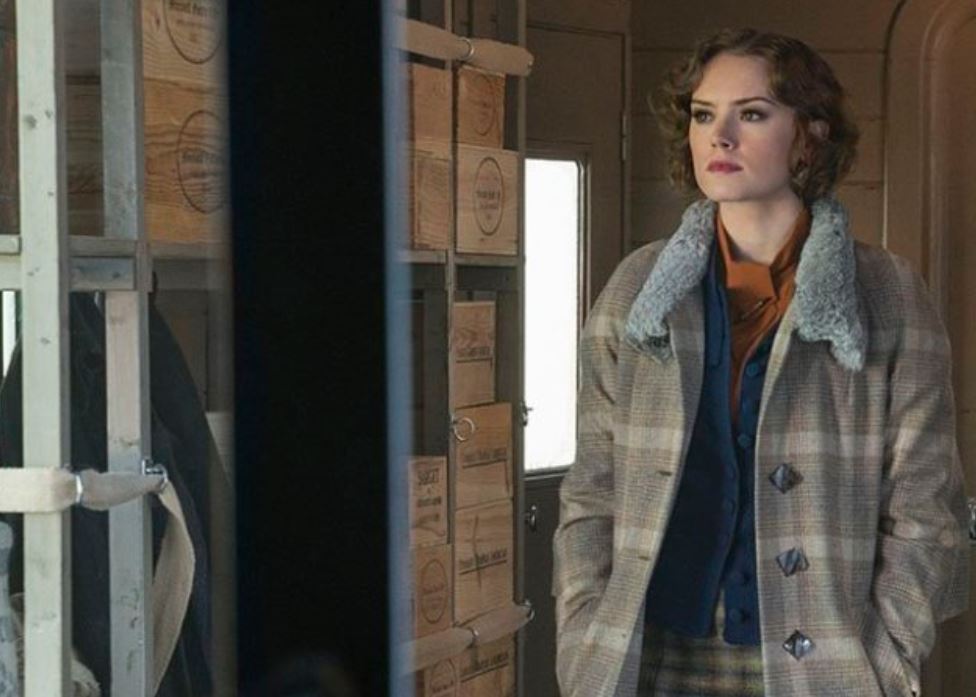 Described as a supernatural thriller by Paramount, ‘Kolma’ reunites J.J. Abrams with Daisy Ridley. While Abrams produces the movie under his Paramount-based banner Bad Robot production company, Ridley is set to play the titular role of Tamara Kolma.

According to Variety, ‘Kolma’ is a remake of the 2003 television hit from Israel ‘Kol Ma.’ The plot centers on a tragic car crash that happened 50 years ago that killed the male partner while it left the female partner badly injured. But the deceased man waits for his girlfriend to rejoin him after her death. When she dies, the woman gets a once-in-a-lifetime opportunity to go back in time to the day of the accident to meet the love of her life.

Marielle Heller has been attached to the project as the director. The script is written by Megan Holley. Abrams produces the movie along with Ram Bergman, Sherryl Clark, and David Lonner. ‘Kolma’ is yet to get a release date.

Daisy Ridley will be seen as the real-life super-spy Virginia Hall in the upcoming espionage thriller ‘A Woman of No Importance’ from Paramount. Based on the book ‘A Woman of No Importance’ by Sonia Purnell, the movie follows the life of Hall, an American heiress and a volunteer of Britain’s Special Operations Executive (SOE) who traveled the length and breadth of Europe at the dawn of World War II.

Due to her wide network and exceptional fieldwork, the Nazis added her in their most-wanted list under the name “the limping lady.” She got the nickname after her left leg was amputated due to an accident during the late ’30s. Paramount hasn’t revealed anything more about the plot and character details of the project, which is still in the developmental stage.