Where Is Dakota Allen Today? 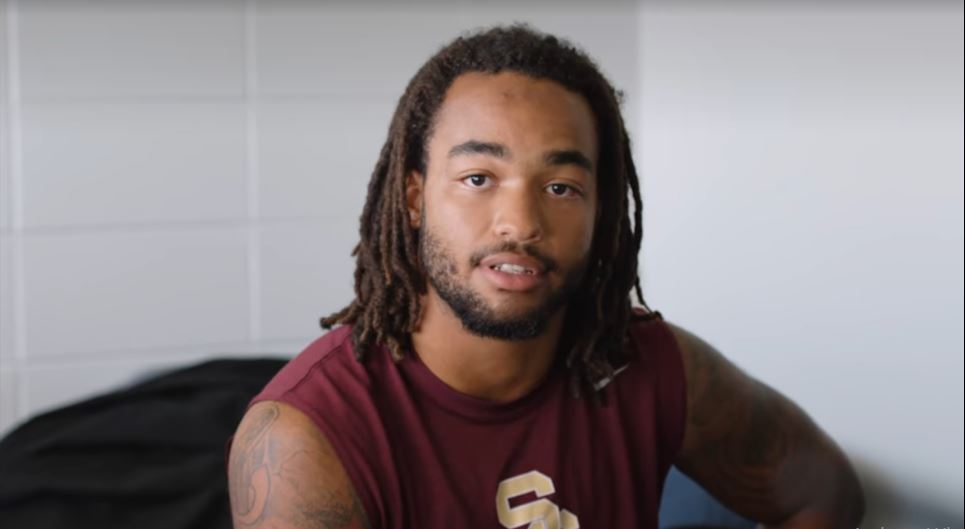 Created by Greg Whitley, Netflix’s ‘Last Chance U‘ is a sports documentary series that first premiered on July 26, 2016. The coming-of-age redemption series is packed with action, from both on the field and off the field, thanks to the one-on-one interviews with the athletes, their families, and the coaches who are a part of the JUCO football program. The recurring elements of the series include young, mostly Black, athletes who are willing to pull out all the stops to get an opportunity to play at the next level and a larger-than-life white coach whose domineering yet somewhat caring personality helps them achieve their goals.

Throughout the five seasons, we have seen a lot of ups and downs in the series: the team winning, coaches being fired, athletes being kicked off the team, and then, them thriving after struggling in the academic field. Therefore, when an individual from the series is genuinely able to turn their life around and become a success story, we cheer for them like no one else. After all, we did get a glimpse into there life. So, here’s looking at Dakota Allen.

Who Is Dakota Allen?

Dakota Allen was first introduced to us in season two of the series, at East Mississippi Community College. And, his story is proof why Junior College Football Programs are so important. Born on November 2, 1985, Dakota was raised in Humble, Texas, where he attended Summer Creek High School and had a standout football career. As a senior, he recorded 112 tackles and three interceptions and was even named the Defensive MVP of the District. After receiving offers from Oklahoma, TCU, Kansas State, and Iowa State, Dakota committed to play college football at Texas Tech.

Just smile through it all 😁

However, the 6’1″ 232 lbs linebacker was expelled from the college after he was charged with second-degree burglary (the charges were later dropped). Therefore, in 2016, he enrolled at EMCC, and then, proved his worth. In his one and only season there, he recorded a team-leading 117 tackles with two sacks with an interception, a forced fumble, a fumble recovery, and five pass breakups. His early success got him scholarship offers, but only from Bowling Green and Troy due to his previous arrest. Then, after a while, he received offers from Ole Miss, Mississippi State, and Marshall. Ultimately, though, when Texas Tech came around, he opted to go back there to finish his collegiate career.

Where Is Dakota Allen Now?

Dakota Allen had a couple of monstrous seasons at Texas Tech, and, when he graduated, he looked forward to joining the NFL. He was drafted by the Los Angeles Rams in the seventh round (251st overall) of the 2019 NFL Draft and subsequently signed a four-year $2,594,288 contract with a signing bonus of $74,288 on June 7, 2019. His contract was waived during the final roster cuts on August 31, but he was signed to the practice squad the very next day.

Dreams really do come true! I give all the Glory to God! I thank everyone who has been in my corner to help me get here. The best has yet to come. #RamsNation 🐏

In September, Dakota was signed off of the Rams’ practice squad by the Oakland Raiders. He made his NFL debut with them on October 6, 2019, against the Chicago Bears, where he played eight snaps and recorded a tackle to help their 24-21 victory. But, after just appearing in two games, he was waived. The Rams took him back in their practice squad in November, and after just a month, he was again switching teams. On December 10, 2019, Dakota Allen was signed by the Jacksonville Jaguars. The 24-year-old is in the NFL as their official linebacker.

Married To The Game 🏈

Read More: Where Are Last Chance U Season 1 and 2 Cast Members Today?