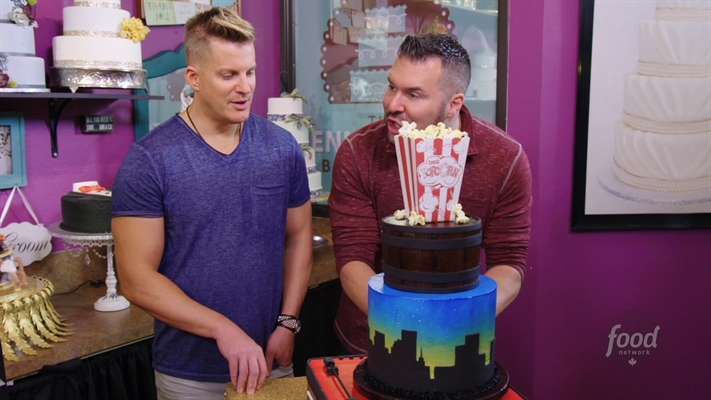 Dallas Cakes is an American reality TV program written and directed by Randy Martin. The first season debuted on 27th November 2017 on Food Network. If you are familiar with the phrase that reads “Everything is bigger in Texas?” you can figure out what the series is all about. The series follows the life of Bakers in Dallas who work 24/7 to provide the best cakes and services to their clients. The bakers can bake any cake as per the needs of the customers. The cakes baked in the previous season included Video Bob’s Delorean Time Machine Cake, Texas Sized Cowboy Boots Cake, Wedding Cakes, Birthday Fondant Cake and a wide variety of other interesting cakes. The bakers take the baking game to a whole new level.

The series portrays how these Dallas-based bakers have to complete the task of baking cakes in a given period. Viewers will enjoy this show where the bakers are always busy creating ridiculously absurd cakes. The other creations of the cakes lover include a delicious replica of a car with working headlights from “Back to the Future” created for a friend named James Wallace, a wedding cake based on the theme of Game of Thrones embellished with Iron Thrones and Ice Dragon, a bass drum wearable cake, a Bollywood themed cake for a fundraiser and more.

Dallas Cakes Season 2 Cast: Who is in it?

Solina Galo served as a Party Attendee, RoshiMuns as Herself, Jamie Holder as Herself and Bronwen Weber as Herself. That was all about the first season. We will know more when an announcement is made about season 2.

Dallas Cakes Season 2 Plot: What is it about?

In the first season, the Dallas based bakers make the biggest boots in the form of a cake. The baker gets out of his comfort levels and makes the largest cowboys boots to impress a ranch owner on his birthday party. The bakers get into preparations to create the best fondant free buttercream Mexican dress cake. The bakers try to wow the bride, groom and the relatives by baking a scuba diving groom’s cake in an ocean-themed wedding. Another baker goes through great pain to create a “Game of Thrones” theme cake for the groom. The baker also completes the cake by adding an intricately carved Iron Throne and a sculpted ice dragon. The baker also creates an over the top cake for the party who are celebrating their Chinese New Year.

The bakers of Frosted Art Bakery successfully create a five-foot alligator cake, and on the other hand, Society Bakery bakes one of the best police badge cake for the customer. Cake artist Dylan Humphrey rolls up his sleeves to create a giant golf cart cake. He also crafts a five-foot-tall oil derrick cake for a wedding where the groom works on an oil rig industry. An Army veteran’s family book a tank cake that has an 11-ton counterpart. Also, a baker builds a cake for a wine and cheese festival.

Dallas Cakes Season 2 Release Date: When will it premiere?

There is no news on the renewal of Dallas Cakes season 2. The last episode of the previous season ended on 2nd July 2018. The first season had gained good reviews from critics, and so we can expect its makers to announce the air date for sometime in 2019. Until then, stay tuned!

Watch the sneak peek video of season 1 episode 1 below.