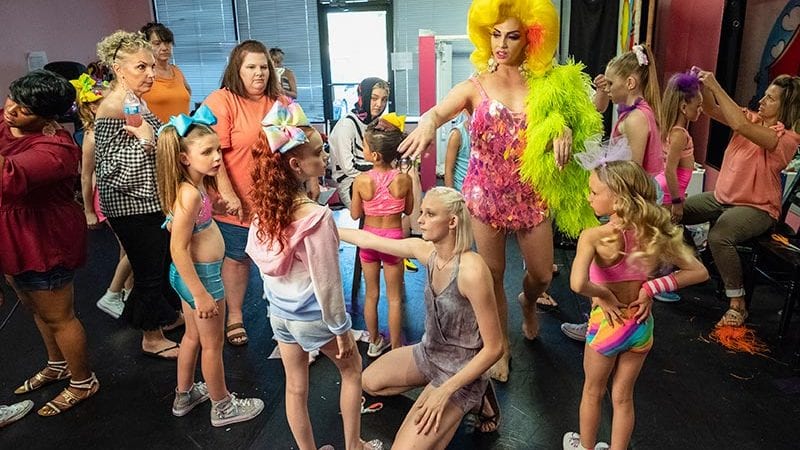 Dancing Queen is a musical reality television series that first premiered on October 5, 2018 on Netflix. This reality docu-series revolves around Justin Dwayne Lee Johnson, who is popularly known as Drag Superstar. The show portrays his life as he attempts to balance his dance career, family life, drag life as well as his love life. He rose to fame due to his hard work and passion on “RuPaul’s Drag Race.” The series is executive produced by Randy Barbato, Tom Campbell, Fenton Bailey, Roy Orecchio and RuPaul Charles. The first season of Dancing Queen had 8 episodes of 45 minutes each. The series is produced by World of Wonder Productions and distributed by Netflix.

Dancing Queen Cast: Who is in it?

The cast of the show is led by Justin Dwayne Lee Johnson. He is also known as Alyssa Edwards on the stage. Apart from being a stage performer, he is also a choreographer, an American drag performer as well as a businessman. He came to the spotlight after appearing in drag pageantry for Miss Gay America in 2010. He also achieved success after appearing on the fifth season of RuPaul’s Drag Race. Today, he has risen to fame and loved by many international fans. He resides in Mesquite, Texas with his family. He also runs a competitive as well as an award-winning studio named Beyond Belief Dance Company where he trains his young students for a stage performance. He is the artistic director of the same company. His dance studio is also seen in this popular series named Dancing Queen. Besides, working as a Drag performer dance teacher, he is also a comedian.

Dancing Queen Plot: What is it about?

The series centres around the life of Justin Johnson also known as Alyssa Edwards who has a lot on his plate. He has many roles to play in his life. When he is not performing live on stage as Alyssa, he works as a dance teacher in his free time and is the owner of Beyond Belief Dance Company in Mesquite, Texas. In this company, he shapes young students to become excellent performers on the stage. He has to balance his life and is torn between his love life, family life, drag life, his dance and later on, his singing career. He has big plans for himself and his company’s future. He also has to buy a new home, but there are a lot of things that ruin his plans. He finally buys a new home and plans to throw a Halloween party. One of his secrets is revealed when his family and friends are invited for a reunion.

Amidst all this drama, Johnson celebrates his first Thanksgiving in his new home. As he begins his singing career, Justin Johnson has to juggle between his personal life and dance life. His first song gets released globally. Justin has to gear up for a performance and as rehearsals begin, he starts to feel nervous. The season ends with Justin’s ex-assistant director Marcella coming back to Beyond Belief company. We can speculate thus that Marcella would return in season 2.

Dancing Queen Season 2 Release Date: When will it premiere?

Dancing Queen season 1 premiered on October 5, 2018. The show was an immediate success receiving wide appreciation. Given the popularity of the show, it is very likely that Netflix will renew it. We believe Dancing Queen Season 2 might release date in October, 2019.

Dancing Queens mainly focuses on his life before Drag Race when his family and close-ones were unaware of his double life. According to him, he “was living like that very Miley Cyrus, Hannah Montana life.” One thing we know for sure is that the story of Alyssa Edwards is incomplete and it will take another season at least to complete it. He cherishes all the success life has brought him since Drag Race. “A journey of a thousand miles begins with a single step,” said he.

Make sure you watch the official trailer of Netflix Dancing Queen season 1 below while we wait for season 2.