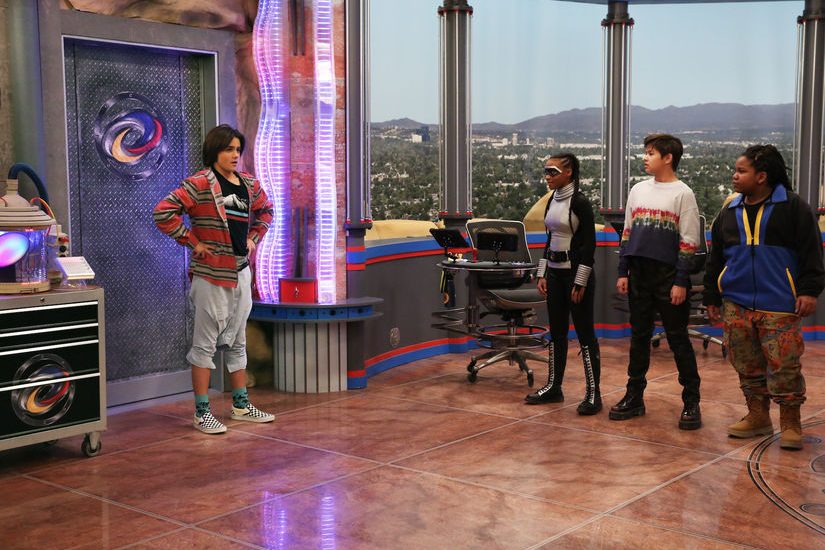 ‘Danger Force’ is currently in the midst of its minisodes — a collection of five-minute shorts that was produced as a response to the COVID-19 pandemic due to production shutdowns. The main storyline takes place at Swellview, which has been engulfed by a gas blanket, forcing all its residents into quarantine.

The first among this collection of shorts dropped last Saturday, followed by the second part that landed this week. And if you wish to know more about what happened in the latest episode, you can check out our recap section. Otherwise, you should know that there are still a couple of more minisodes spread throughout the coming weeks. So, here is our preview of the next short that will release in the upcoming week.

The upcoming episode is called ‘Leaked Video Pt. 1’, which happens to be one of the minisodes from the series. Nick has released the official synopsis for the episode, which reads as follows: “Captain Man is on the hunt to figure out which member of Danger Force leaked an embarrassing video of him online.”

In episode 9 called ‘Danger Force Troll Smackdown’, Mary Gaperman holds an interview with Dr. Minyak on her talk show, ‘Gabbin’ with Gaperman’. Here, Dr. Minyak explains how his sessions in Faster Class will train aspiring villains to defeat him at a quicker pace. He also claims that Captain Man cries upon being bested by Dr. Minyak. When Captain Man hears Dr. Minyak’s words, he loses his cool. A displeased Captain Man gets furious when Danger Force asks if he is going to take all this s*** from Minyak.

Chapa tells Minyak that he is not as handsome as he had claimed. In fact, he is gross. Minyak replies: “My soul may be gross, but my face is gorg.” So, during a late-night edition of the show, Danger Force reveals Dr. Minyak’s lies. Minyak is not present in the show at this time since Captain Man uses his Punch-Through Screen. He is scared that Ray will actually give him a sound punch. However, all these new truths frustrate Dr. Minyak and force the villain to appear in the live telecast. During the transmission, Captain Man applies the Punch-Through Screen on him. And we see Ray dancing to the sweet success of victory!