Dani Briones From Big Brother: Everything We Know 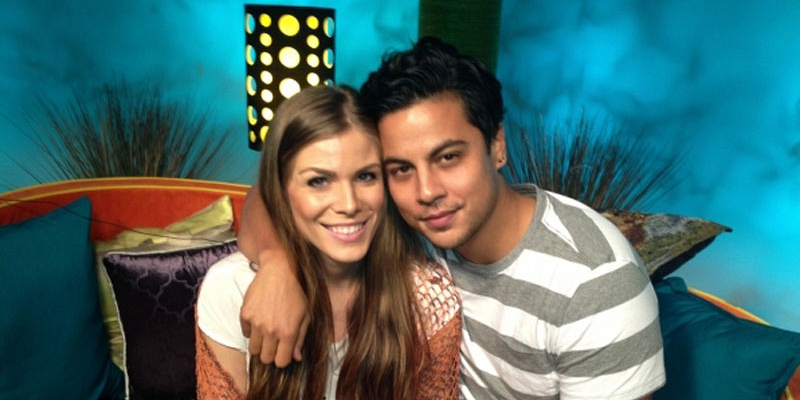 From being known as the daughter of ‘Big Brother’ season 8 winner, Dick Donato, to carving her own identity, Dani Donato-Briones has come a long way. When she was just 21-years-old, Dani appeared in the eighth season along with her father, Dick, and became the youngest houseguest in the show’s history to win one of the top two prizes. A lot has changed since the last time we saw her in the thirteenth season. Here’s everything you need to know about, Dani Donato-Briones, the returning contestant of ‘Big Brother’ season 22.

Dani Briones: Age and Where is She From?

The reality star was born as Daniele Donato on August 20, 1986, in the sea-side city of Huntington Beach, in Orange County in Southern California. While growing up, Dani and her brother Victor were estranged from their father, Richard Louis Donato. Thankfully, their late grandmother embraced the siblings with open arms and raised them from the time Dani was just eleven months old.

I cannot believe my baby is going to be one next month. I am overwhelmed with emotions. It is crazy knowing when I was the age Tennessee is now that my grandmother took me in as her own and raised me. At eleven months you’re so alert to what’s going on, so emotional and just looking to be loved and cared for. I thank God everyday that I had her and she could step up when other people failed to. For some things, it takes becoming a parent yourself to see all the sacrifices and abounding love that you couldn’t comprehend as a child. I wish so bad my grandma could have lived to meet this perfect baby that she always talked about, but she will forever be in our hearts and we will still throw birthday parties for her every year. Thank you for teaching me how to overwhelmingly and unconditionally love a child ♥️ happy birthday

It has been reported that she is still not on talking terms with her father. Even her profile doesn’t contain pictures of her and her father together. Richard is also referred to as “Evel Dick,” a nickname he has earned for name dropping various celebrities. She lives in California with her sweet family.

In 2007, Danielle appeared on season 8 of the reality series. She was shocked upon learning that her estranged father Dick will be paired alongside her. Dick and Dani became the only family member- pair to earn the top two spots in the same season. Dick who was 44 at the time, beat his then-21-year-old daughter in the finale by a 5-2 majority votes, becoming the show’s oldest winner to date. 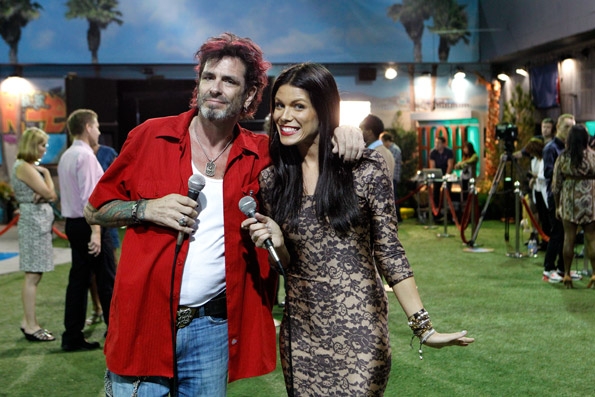 Dani and Dick returned as a pair in the thirteenth season. Unfortunately, Dick had to leave the show mid-way to tend to some personal issue, which was later revealed to be a positive HIV diagnosis. However, Dani didn’t stop pursuing her goal and reached the eighth-place only to be evicted by a 3-2 majority. Although she lost the game, Dani won at life for she found her future husband, Dominic Briones in season 13. 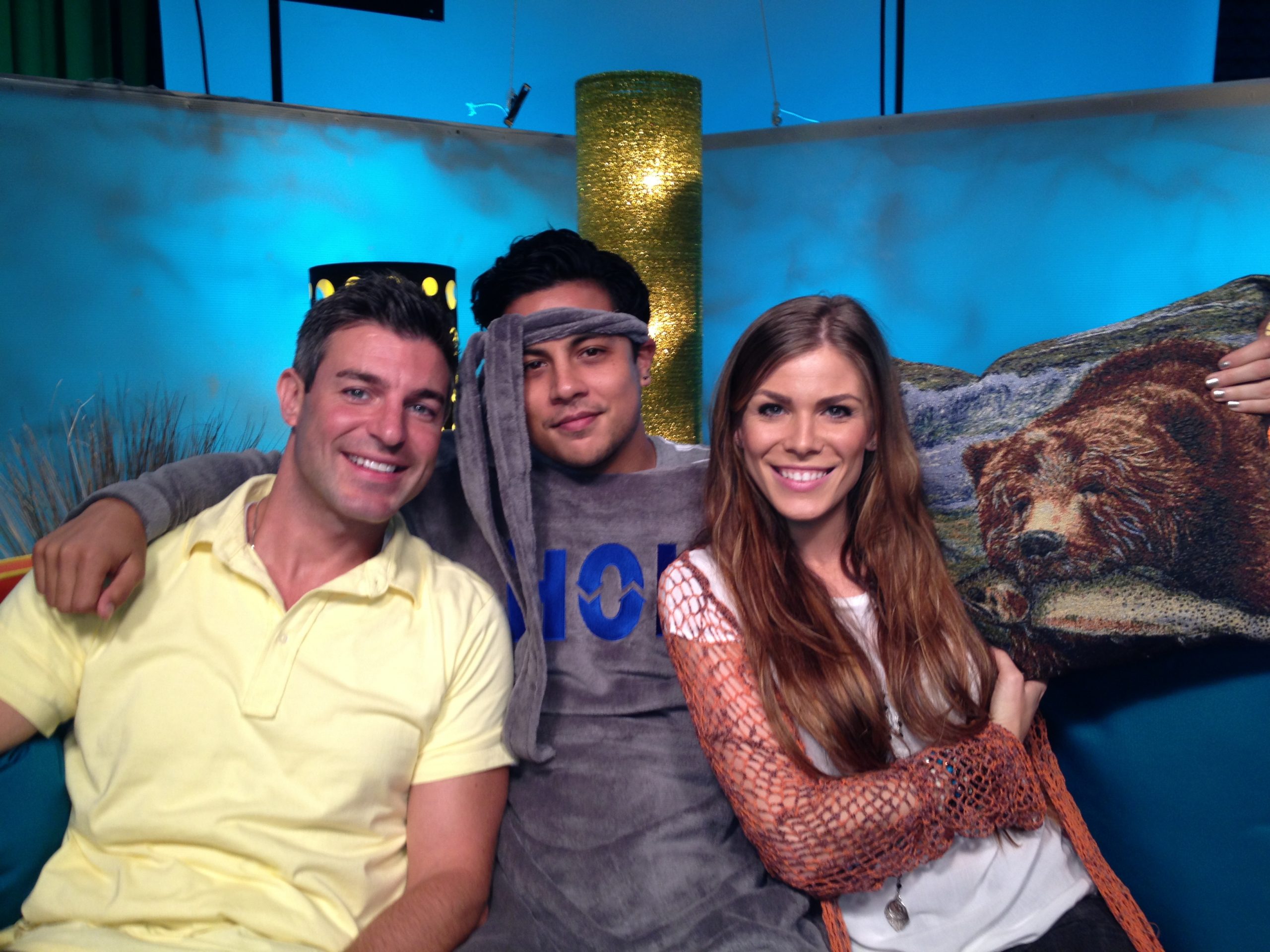 When Dani participated in the show’s eighth season, she served as a waitress in a local café at Huntington Beach, California. She didn’t let fame get into her head and instead chose to stay away from the limelight after her stint with the reality show. It has been reported that Dani is pursuing an education that she couldn’t earn when she was a kid and had no means to pay for her fees. Apart from that, Dani has also made appearances/given interviews on ‘Reality Obsessed,’ ‘Entertainment Tonight’, and ‘Power of 10.’

After meeting Dominic Briones in the thirteenth season, Dani and Dominic became best friends and Dani tried her best to prevent Dom from being evicted but in vain. Post-show, Dom, and Dani’s friendship slowly developed into a romantic companionship. Dom took Dani at the St. Louis Zoo and popped the question to her in the sweetest way possible.

Just two kids who just got engaged …. with our penguin homies. Penguins mate for life… so she’s stuck with me forever. #BabiesMakingBabies

In 2013, the couple entered into the sacred bond of marriage in a bohemian-style celebration in Huntington Beach, California. Five years after living as husband and wife, Dom and Dani welcomed their baby girl, Tennessee Autumn Briones on August 20, 2018.

There’s a beautiful story behind the name. It signifies the “beautiful Autumn evening in Tennessee” when Dom and Dani fell in love. Check out their love story in the caption below!

Tennessee Autumn, the story you’ve all been waiting for. My husband and I love maps, we have them all over the house. After we first met, Dom was living in San Francisco and I was in Orange County, so we didn’t get to hang out too often. There was a charity event we were both invited to in Virginia and we both decided that on top of a good cause it would be time we got to spend together. So, after a fun weekend in Virginia, we were all waiting for cars to take us to the airport and I looked at Dom and told him to skip his flight and that we should rent a car and road trip cross county. After some pressuring, he agreed. It was pretty much our first date. We drove to a bunch of different states, stopping to see some friends, and stopping to see important landmarks like the worlds largest cross and Hershey park. We had no clothes that were weather appropriate in our luggage, we slept in the car at trucks stops, we were young and clearly not high maintenance. We were in Memphis, Tennessee when it was time to head back home because Dom had to get back for work. I’ll never forget the welcome we got driving in to Memphis with all the flashing lights and music blasting in the streets. We were both so sad that our “date” had to come to an end. I hate to admit it, but I’m a pretty emotional person at times …and I cried, …like a baby. It was a beautiful Autumn evening in Tennessee.. and that’s when we knew we had fallen in love. Yep. We are cheesy. But cute right? I love my husband. And I love our Tennessee Autumn. ♥️ @mapiful makes personalized maps and I was so excited to get this for Tennessee’s room. You can personalize it to any place in the world and put your own words as well. This is one of my favorite purchases of 2018.