Review: ‘Life’ is a Fitting Tribute to ‘Alien’ 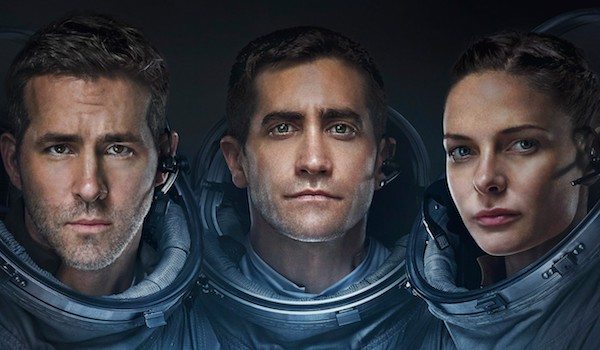 Life, as we know it, has been making a long and tiresome journey since its inception. It took perhaps a billion years to turn itself into a full functioning thinking, capable human being from a minuscule cellular organism. Along the way, it fought through many obstacles to reach its ultimate state and reaffirmed Charles Darwin’s thought – Survival of the fittest. It’s true that, sometimes to survive, one has to kill. And it applies to every single individual organism, be it home-bred or alien. Director Daniel Espinosa’s ‘Life’ borrows the core element from Ridley Scott’s masterpiece ‘Alien’ and ends up giving a fitting tribute to it.

On aboard the International Space Station, a crew of six are entrusted with bringing the first ever sample from Mars, which apparently contains the proof of a living organism. Amidst much fanfare on earth, this organism is named Calvin. During the research on the spacecraft, the crew discovers that Calvin grows rapidly. After a series of events and before they can realise, it turns on the crew for its survival. Rest of the story forms as the crew battles with this organism, for their own lives.

The movie stars Ryan Reynolds, Jake Gyllenhaal and Rebecca Ferguson in the lead roles. Ryan Reynolds seems to be in an eternal hangover of his Deadpool persona, which’s quite enjoyable in a short stint. The story primarily rests on the able shoulders of Mr. Gyllenhaal and Ms. Ferguson and they don’t disappoint at all. While a movie whose content is alien driven, does not need to delve into mundane backstories but here it does a commendable job by giving a brief backstory to the doctor and the flight engineer, which later turns into their personal motive for fightback. Cinematography is of top-notch and though it evokes similar sentiments as ‘Gravity’, it holds its own ground.

The monster of the film, the alien Calvin starts from being a single organism and soon grows from a beautiful little strand of life, to something horrific. Just like the protagonists of the movie, you tend to be in awe of it. From being at the mercy of its captors to turning them into preys, the transformation is riveting. Keeping the horror and shock aside, it echoes the theme of the film – a life comes into existence at the expense of another. Sad but true and something for us to ponder.

On paper, this story shares the same DNA with Ridley Scott’s ‘Alien’. A group of astronauts facing the greatest foe of their lives, in an arena that probably is more suited to the foe than to them — Space. However ‘Life’ weaves somewhat a different tale that the usual and ends up scaring the hell out of the viewers. In short, it’s a horror film, that’s set in space, packaged as a sci-fi. In recent times, movies like ‘Gravity’ and ‘Interstellar’ have set the bar of sci-fi movies pretty high and though ‘Life’ is not groundbreaking but it still manages to carve out a niche for itself, through its unique style.