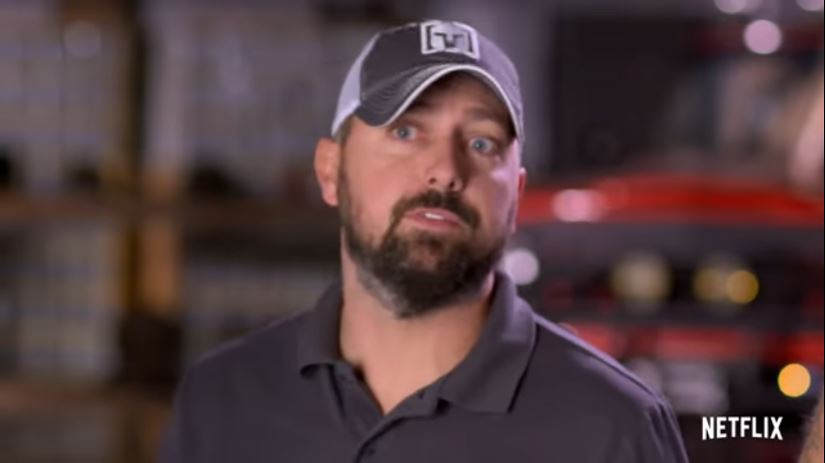 ‘Southern Survival’ gave us a look into the products that would definitely come in handy for us if and when we get stuck in some survival situations, but more than that, more importantly, what attracted us to the show itself and kept us hooked were the people who were on it. The BattlBox team that was featured on the show comprises of some very intriguing and fun-loving individuals and one of them is the CEO of the company itself, the main man or the “boss” as the show referred to him, Daniel Dabbs.

Who Is Daniel Dabbs?

Daniel Dabbs is a Georgia native. He is originally from McDonough, but he moved to Statesboro after he graduated from Georgia College and State University after getting degrees in both Art Marketing as well as Strategic Marketing. After his education, he started a company by the name of Varsity Ink, Inc. for which he was a CEO for almost 10 years, until March of 2016.

The reason he is not the CEO of Varsity Ink or why it is no longer a functioning company is because BattlBox took off soon after it was incorporated in 2015. Daniel’s partners in the latter are his college mates, COO Patrick Kelley and CMO John Roman, whom we, unfortunately, did not see on camera in ‘Southern Survival.’ The three had joined forces when Daniel’s creativity got combined with his love for the outdoors and survival and gave birth to the idea of BattlBox.

Was messing around with this picture for @howell73 and decided it looked pretty badass. If you haven't signed up for battlbox, you are missing out. www.battlbox.com

BattleBox provides its consumers with a monthly subscription box that has products that would help them successfully endure situations that can arise without any warnings. Along with that, the company even offers specific gears for specific situations and even sells its own merchandise. They have been doing product videos and subscription unboxing videos for years, and that’s what got them the attention of Netflix in the first place.

Daniel has been with his fiance Stephanie for quite some time now. After a deep dive on his Instagram, we saw that he has been with her since at least 2012. Here’s a photo of him with his wife back in 2012.

Top of the SSI lighthouse

The two seem like a perfect fit, to be honest – in love, having fun, and planning a life together. They have already set the foundations for their future, having a home and successful careers, so all that’s left is for them to do is get married, and it seems that the planning for that is also well underway.

Daniel also has a daughter, Maggie. Now 18, she has graduated high school and is on her way to attend Georgia State University as the class of 2024. It is a little unclear whether Daniel had her with Stephanie or with someone else before her, but that doesn’t seem to matter much, because the three of them seem like the tight-knit group and a proper family.

Another member of the household who is extremely important for Daniel is his pet dog Irma, named after Hurricane Irma. He was just supposed to foster her for a little while, but when everyone in his family, including him, fell in love with her, they just adopted her for good. She has been a part of his life for more than two years now. Along with Irma, the family has a few other dogs as well, Lilly, Ivy, and Daisy.