Is Daniel Tosh Married? Does He Have Children?

Daniel Tosh is a famous comedian, TV host, producer, and author, but seldom the notoriety of his jokes overshadows his public image. The incredibly talented comic is often associated with the controversial style of black comedy. For an eccentric like him, it is hard to find a partner who agrees to his ways of life. Well, Daniel seems to have been lucky in love as he found a girl who is as witty as him and is also entirely in sync with his personality. The decision to keep their private life away from the prying eyes of media and the public seems to be mutual. Here is everything we know about them!

From working as a telemarketer to finding the ninth-place amongst the top-earning comedians, Tosh has been working every day for the past 20 years to earn the position he is at today. He dedicatedly followed his passion by touring with the comedy club circuit right after graduation and started as a fresh face on ‘Just for Laughs’ in Montreal. His Comedy Central specials ‘Daniel Tosh: Completely Serious’ and ‘Daniel Tosh: Happy Thoughts’ fetched him great success and fame. He has always kept the personal details of his life completely wrapped up.

Daniel reportedly dated model Megan Abrigo for several years before committing to a lifelong relationship with his now-wife, Carly Hallam. It is surprising or even shocking to learn that a performer and social figure can keep his marriage a secret for over two years. Despite being active users of social media accounts, neither Daniel nor Carly let the news of their relationship or marriage leak in the media. The only fact known here is that the famous comedian married his then-girlfriend in a discreet wedding on April 15, 2016, at Malibu in Los Angeles. Daniel and Carly celebrated the day with their kith and kin. The couple shares the same thought process and prefers to keep the big days as well as little moments of love to themselves.

Tonight's episode of #Brooklyn99 has my name on it! Watch to find out why @JoeLoTruglio has a tail. pic.twitter.com/krXVooKvYc

Except for the wedding date, the details for their relationship are speculations and meticulous calculations. For instance, knowing that Hallam joined the team of writers of ‘Tosh.0’ in 2012, it is safe to assume that they started seeing each around the same time. It is a Comedy Central show, produced and presented by Tosh in which he vehemently criticizes videos, blogs, and trends that have gone viral on the Internet. Also, the famous TV host’s wife is 12 years younger than him. 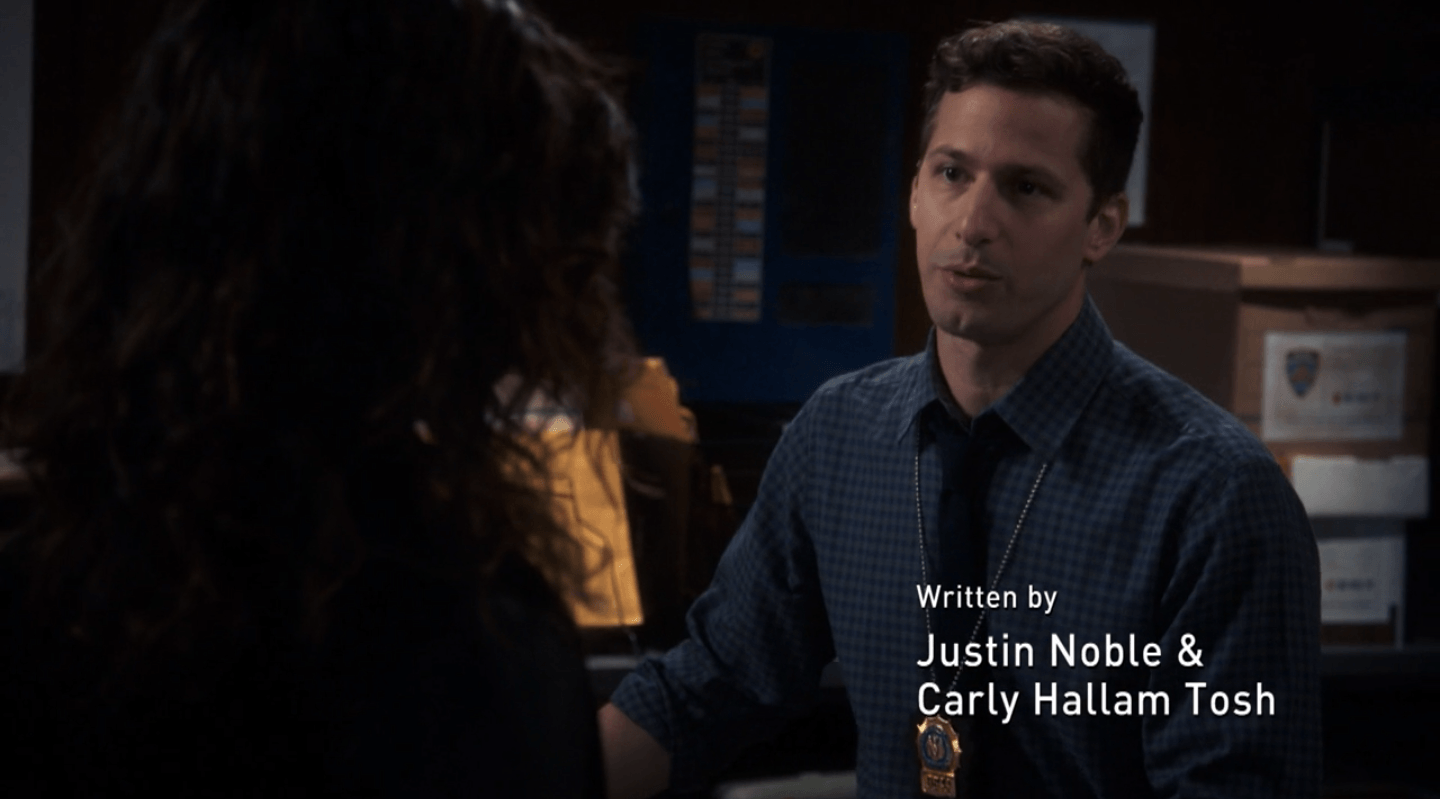 She is a talented actor who has made several appearances in ‘Tosh.0’ before 2012 and in a movie called ‘New Low.’ However, her passion lies in writing for famous TV shows like ‘Brooklyn Nine-Nine’ along with writing scenes and lines for movies like ‘And Two If by Sea: The Hobgood Brothers’. The hard evidence of their matrimonial communion is Carly’s change of surname in the credits for the show she writes for. She asked the viewers to look-out for it at the end of the episode but never gave out an official statement about her marital status. Similarly, the two have stayed mum about their plans for children.

Read More: What is Daniel Tosh’s Net Worth?