Are Danielle and Marty From RHONJ Still Together? 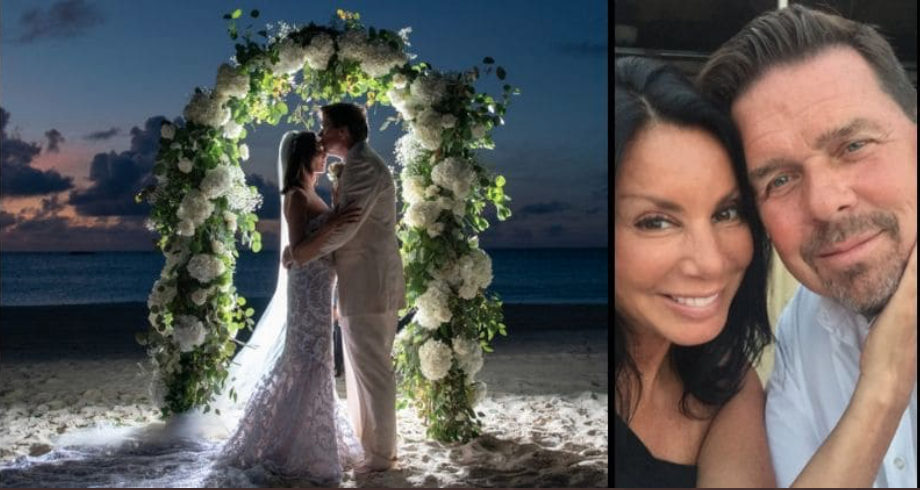 ‘The Real Housewives of New Jersey’ puts the spotlight on affluent women in the state, and how they manage their personal and professional lives simultaneously. This particular franchise of the ‘Real Housewives’ series has enjoyed great success and is watched by fans all over the world. The viewers have invested in many couples throughout the series, and one such couple that stands out is Danielle Staub and Marty Caffrey.

Danielle and Marty had been dating since April 2016 and met when Danielle had briefly left the show. In an episode in season 8, he proposed to her, and she happily agreed. It is amazing that this was the 20th time Danielle was engaged! Co-stars Teresa and Margaret were also present when he asked Danielle to be his wife, with dancers and a violinist playing in the background.

In season 9 of the franchise, Marty was also pushed into Jennifer Aydin’s pool by Margaret Josephs and husband Joe Benigno when he was defending his lady love. Fans also caught their wedding in the same season. The pair got married on Bimini Island in the Bahamas. She had asked fellow housewife Teresa Guidice to be the maid of honor, along with her daughters. Mellisa Gorga and Margaret Josephs were also bridesmaids, along with 12 other people.

Are Danielle and Marty Still Together?

No, the couple is no longer together. They decided to get divorced less than a year after they wed. Marty credited this to the filming of the show— “I attributed it to the pressures she was under during filming, as well as planning a wedding. The villain (Staub) that was on the show was 24-7, at home and everywhere else. I attribute it to the show. The show ruined our marriage.”

Who’s watching tonight? #Rhonj on @bravotv This was real to me If he was the one for me, we would still be together you can all pass judgment you can all say what you need to say and I’m certain the opinions will be strong but I urge you all to take a minute and realize I’m sharing my life with you the ups and downs The good the bad the pretty the ugly all the parts of me and it’s an honor to do so! I do realize I leave myself open for scrutiny but the things that my husband has done to my family and I weeks following our wedding breaking his vows he promised to protect keep me safe love me and honor me …so take a moment to realize no one would know his name if it weren’t for me trusting him to want to be a part of my family and my life he used my platform abused my name, me, and by supporting him you are doing the same by supporting a man who is abusive in every facet and continues to threaten the very core of my existence so if you still feel good about your decision to stand with him on his rampage then that’s on you. I would like to take a more positive moment at this time to thank all of you who support me and my family! I look forward to your continued support in the next chapter of my life! #eyeswideopen More photos to come

As for Danielle’s side of the story, The Daily Dish reported— “It’s funny how I saw certain things happening, but you just believe, especially with the perception around us, getting engaged would make it better … getting married would make it better. It doesn’t get better, ladies. If it’s falling apart, it’s broken. You can’t fix that.”

Where are Danielle and Marty Now?

Post the divorce, the couple is cohabiting the $2 million house in Englewood until it is sold. Danielle had also levied charges of domestic abuse against him, but they never stuck. For the reality TV star, a 21st engagement to Oliver Maier, the Duke of Provence, quickly followed the divorce, but it was short-lived.

Over time, Danielle and Marty have forged quite an amicable relationship. The real housewife has said that Marty and she are in a good place because of a lack of interference from other people in their friendship. The two are also a good support system for each other, and she stated that while they were robbed of their marriage, they get along very well now. Moreover, she emphasized that she is actively focusing on her business prospects, which are now the only relationship she wishes to invest in, such as her podcast ‘Absolutely Danielle.’ As for Marty, it is not entirely clear how he is spending his time post the divorce, and his Instagram profile is also private.

Read More: Are Teresa and Joe Giudice From RHONJ Still Together?