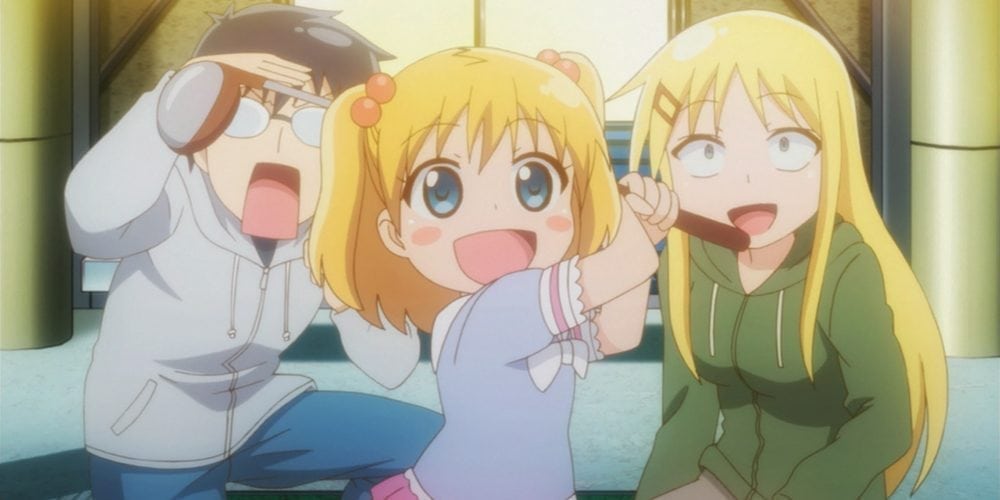 ‘Denna ga Nani wo Itteiru ka Wakaranai Ken’ is an anime that stands out because of how amazingly it develops two of its main characters. Instead of portraying an unrealistically romantic relationship between the characters, it shows all the trials and tribulations that they go through.

Within its bit-sized runtime of 13 episodes, and with each episode just being 3 minutes long, ‘Denna ga Nani wo Itteiru ka Wakaranai Ken’ achieves wonders. So if you’re looking for a heart-touching slice-of-life anime that won’t take up too much of your time, this is the show you should go for. And if you have already watched its first two seasons, read on further to know more about the prospects of its renewal.

I Can’t Understand What My Husband Is Saying Season 3 Release Date: When will it premiere?

Now since it has been adapted from a 4-Koma manga which only has a total of 5 volumes, the creators of the show don’t really have any more content left for adaptation. Moreover, the manga is also not in publication anymore, so we can’t really expect its mangaka to create more content in the coming years. In conclusion, as of now, it seems very less likely that ‘Danna ga Nani wo Itteiru ka Wakaranai Ken’ season 3 will happen. However, if we do get any updates regarding its renewal, we will update it here. Till then, you can check out the shows on our list of other similar rom-com anime.

I Can’t Understand What My Husband Is Saying English Dub

An official English dub of ‘Danna ga Nani wo Itteiru ka Wakaranai Ken’ is not available yet, but you can still stream it on Crunchyroll with original Japanese audio and English subtitles.

I Can’t Understand What My Husband Is Saying Plot

Hajime Tsunahi is a hardcore Otaku who shuts himself in his home all the time and writes blogs all day. On the other hand, his wife is a fairly ordinary office worker who gets crazy when she’s drunk. Although both of them are the polar opposites of each other, love blossoms between them in the weirdest ways. As they spend years together, they realize that loving each other is a lot more than just their first kiss or their grand wedding. And adding to their struggles, are all the quirky annoying people who surround them. But despite all the trials and tribulations that they face as a couple, they do eventually find their way back to one another.

In the second season, Hajime discovers that his wife, Kaoru, is pregnant and works extra hard to make sure that he can provide for his family. Yet again, their relationship is tested, but they still never give up on one another and face the world together.

I Can’t Understand What My Husband Is Saying Characters

Hajime is an otaku who barely leaves his home and earns a living through his blog. Even when he talks, he gives references to several anime shows and video games. He also seems to be a hardcore fan of ‘Neon Genesis Evangelion‘ and also plans on naming his children based on the characters of the show. But despite being the strange guy that he is, he never really goes overtop with his references to anime. He is clearly a nerd but there is something about him that draws others towards him. He really respects his wife Koaru and usually puts her needs before his own. When it comes to his appearance, he sports thick-lensed glasses and often seems a bit clumsy.

Kaori is the main female character of the series. She is Hajime’s wife who, unlike him, has a proper office job. She works really hard all day and then parties harder. But despite being a heavy drinker at times, she very knows her limits and tries her best not to annoy Hajime. Her maiden name is Samura and in appearance, she is one bombshell with blond hair. Kaori and Hajime balance each other out and make an adorable pair. Because of how different they are, they never really run out of things to say to each other and despite their differences, they still try their best to understand one another.