Are Danny and Amy From 90 Day Fiance Still Together? 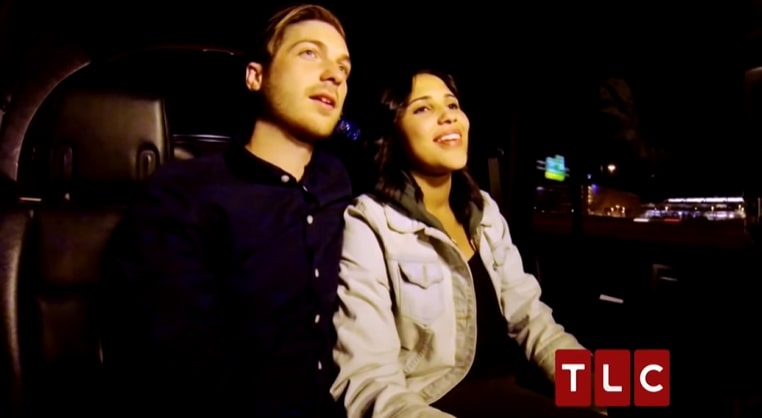 Many believe that matches are made in heaven and it is all God’s plan. Be it your belief in destiny, karma, or the universe, most of us have faith in a higher power than ourselves. Such is the story of the ‘90 Day Fiance’ couple, Danny and Amy, who credit their spirituality and religion for their union. Their innocent yet life-affirming love story has given hope to many. Pure, real, and true, the couple featured on season 2 of the show and quickly became a fan-favorite. Making a special space in the audience’s hearts, fans pined for their victory till the very end.

A 23-year-old Danny from Pennsylvania and a 21-year-old Amy from South Africa traveled to Australia as a part of a Bible study group. Young and innocent, they spent the entire trip together, learning and getting to know each other. By the end of it, they were convinced that God had purposely put them on each other’s path. The sweet couple fell in love and managed a long-distance relationship.

Soon, they got engaged and decided to get married. Amy came to the US on a K-1 visa. But, instead of living with Danny, she stayed in his brother’s home. Danny and Amy, both virgins, wanted to abide by the laws of their religion and wanted to live together only after they got married. Having found each other as soulmates, they couldn’t wait to introduce each other to their families.

This guy 👆🏽 He has taught me so much about life, he literally is everything I am not! I was such a baby when I met him (19yrs old 😱), I NEVER planned to be a young mom & wife but I’m so glad I said yes to God & to him!… The longer we are married the more I see how God perfectly selected him for me. (We fight yea, we are so different in so many ways 😂…life is NOT all Instagram highlights people 😉) He so patiently leads me, so lovingly & tenderly allows me to grow, he is faithful in EVERYTHING he does, he is so trustworthy, consistent, tender, strong, honest, fun & adventurous 😜 oh… & so stinking handsome 😍 We are learning… *I* am learning! I have a lot more to learn but he for sure makes it easier! Marriage is uncomfortable, it’s raw & it is hard work but it’s so beautiful & it’s God’s design! Can’t believe it’s almost 5 years 😱 I love you forever @dfrishmuth x

Even though Amy’s family accepted Danny with open arms, the same wasn’t reciprocated by Danny’s father. The couple’s only challenge to overcome in their journey to marriage was to win the approval of Danny’s father. They faced a lot of rude resistance from him as Amy wasn’t Caucasian. He made it pretty clear that he wouldn’t accept Amy as his daughter-in-law and wouldn’t attend an inter-racial wedding.

Amy and her family were very patient with him and never once took offense or picked a fight. Danny’s mother and siblings were kind and warm too. Danny stood up to his father and expressed his true love for Amy. He supported her and defended her every step of the way. Eventually, Danny’s father gave in and accepted the couple, giving them his blessings. The couple then tied the knot in a beautiful ceremony in 2014.

Shoutout to my one and only. Thank you for making me laugh every day since 🎉❤️ & thanks for being the INFJ this ENFP needs 😜❤️ @dfrishmuth I LOVE YOU!

Are Danny and Amy Still Together?

Yes! The lovely couple is still together and happily married! Soon after their marriage, the couple moved to Texas. They were blessed with a baby boy, Jedidiah, in 2015 and a baby girl, Anna, in 2017. The couple is now raising their little angels and happily living as a family of four.

Anna Elise Frishmuth made her debut on Wednesday July 26th at 1:25PM. We are so grateful for @originsbirth for an amazing experience. And a big thanks to @masterpiece.photography for capturing our beautiful moment. God is good to us and gave us a healthy baby girl and such a smooth delivery. Our hearts are full!

Even though Amy and Danny keep their lives private and don’t post much on social media, their occasional cute family pictures are a sight for sore eyes! Amy recently shared with her fans that she had never expected to become a wife and mother at such a young age, but it is the most beautiful thing that ever happened to her. Danny, too, said that marrying Amy was the best decision of his life. They are seen traveling to Pennsylvania and Oklahoma frequently to visit their family and friends. Their children also share an amazing bond with their relatives.

Danny used to work as a home construction worker. But lately, the couple has been working together to build churches. The launched Mercy Culture Church in April 2019 in Texas. They are working on another new one as well. Danny and Amy also volunteer as counselors at church. They co-lead a family and marriage group as a part of their service.

Amy and I are overwhelmed with the goodness of God 😭 If you asked us two years ago why we moved to Texas- we would have said, “No clue, God told us to.” Less than one year of moving here God opened doors to be a part of an incredible church launch- Mercy Culture Church. The faithfulness of God is overwhelming. It is such an honor to listen and obey the Father. Come on out to our launch- tomorrow at 10am! See you there! 👊🏼 @mercyculture

Read More: Are Yamir and Chelsea From 90 Day Fiance Still Together?